Cricket
Features
There is room for improvement despite the success of the inaugural competition
Simon Lillicrap
15:55, 24 Aug 2021

So the dust has settled on a thrilling first edition of The Hundred which has seen the Oval Invincibles win the inaugural women’s competition and the Southern Brave win the men’s competition. In the year building up to The Hundred, it was pillared in the press, with several traditionalists believing the competition would never work in England. They were wrong.

The huge winners from this new tournament were the fans. Just by looking at the make up of the spectators around the grounds you could tell this form of cricket had reached a whole new audience and the statistics back up that fact.

The attendance record for watching a modern-day women’s domestic match was broken several times during the tournament before 17,116 turned up to watch the final, smashing all previous totals out of the water. And it was the women’s game that was the real winner during this tournament, as the female cricketers were exposed to an audience they had never seen before, in real life and digitally as their games were beamed into households up and down the country.

Interestingly, more people attended the women's matches in The Hundred (267,000) than attended the T20 World Cup in Australia in 2020 (136,000).  That makes it the best attended women's cricket event, anywhere in the world, ever.

Ex-England captain Charlotte Edwards went as far as to say: "I think the Hundred has single-handedly changed women's cricket in this country. It has been a pretty special experience for everyone involved."

That is something that even the fiercest sceptic must admit is a resounding success. The more people that watch the women’s game the better, and as we have seen from the families and children in the crowd, they are already inspiring the next generation.

For the sceptics, that message to inspire the next generation is a wholesome one that The Hundred has succeeded in. It only takes a quick scan of social media to understand that children, both boys and girls, have been inspired to take up cricket because of this brand new competition. 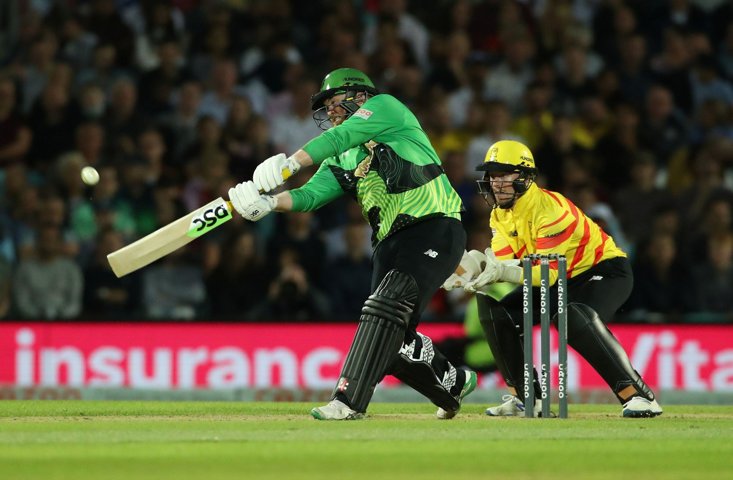 This competition also gave opportunities to young journalists and presenters trying to make their way in sport. 100 budding media students were given the chance to commentate, produce and be part of the producton of the competition, opening doors that were otherwise shut.  This rising talent off the pitch is as important as the rising talent on it.

The big plus next year should bring is the rise in star overseas players coming over to partake in the event. This year, due to Covid-19 travel restrictions, superstars such as Aaron Finch could not come over, but judging by the progress we are seeing in terms of vaccinations, hopefully this time next year there will be few restrictions still in place.

Of course, there have been a few things to learn from, and not everything has been positive. Former England man Ryan Sidebottom was critical of the pitches and the scheduling during the tournament, but overall felt the positives massively outweighed the negatives.

The first edition of the competition was always going to have teething problems, but in the grand scheme of things, they were barely noticeable. A north-east based team must surely be considered over the next couple of years and the schedule must be properly planned so England’s best cricketers don’t depart halway through for a Test match, but overall, it has been a resounding success.

Bring on next year, where The Hundred will be even bigger and better.