“It’s not about the surface. It’s about the moment.”

In 2010, at the age of 24, Rafael Nadal became the seventh male tennis player, and the youngest of five in the Open Era, to achieve the singles Career Grand Slam, the feat comprising cumulative singles success at the Australian and US Opens, the All-England Court at Wimbledon, and the French Open.

The final piece of the puzzle came in Melbourne, truly - though some would argue unnecessarily - confirming his ascendancy into the tennis elite. Currently, an exceptionally lucrative career has seen Nadal win 20, tying him alongside Roger Federer atop the all-time men's Grand Slam winners' list. 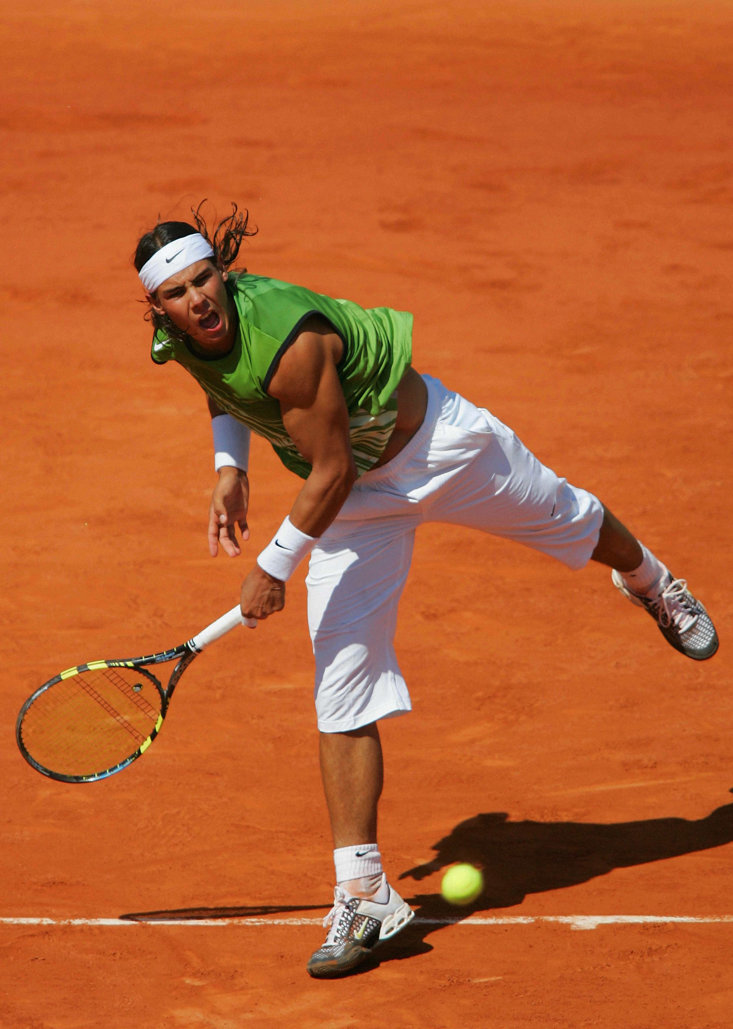 Eye-wateringly, 13 of that 20 have come from Nadal’s notorious domination of the French Open.

Sixteen years ago, to reach his first Grand Slam Final, Nadal had to play Roger Federer in the semis at Roland Garros, the third of 40 occasions when the two tennis titans have come head to head, following two meetings in Miami. As of June 2021, Nadal has the bragging rights of 24 victories to 16 losses against the Swiss suzerain.

When they met to vie for a place in the 2005 French Open Final, Federer had ignited tennis by winning four of the last six Grand Slam tournaments, but his Career Grand Slam would be perpetually delayed due to Nadal’s success at Roland Garros. Between 2006 and 2009 Federer reached four consecutive French Open finals, losing the first three all to Nadal before defeating the Spaniard’s fourth round conqueror Robin Söderling in straight sets.

Just as he had as a 17-year-old in that initial meeting in Florida, Nadal ended Federer’s tournament, albeit requiring an extra set than the blistering straight he had produced. The date was June 3, 2005: Nadal’s 19th birthday. 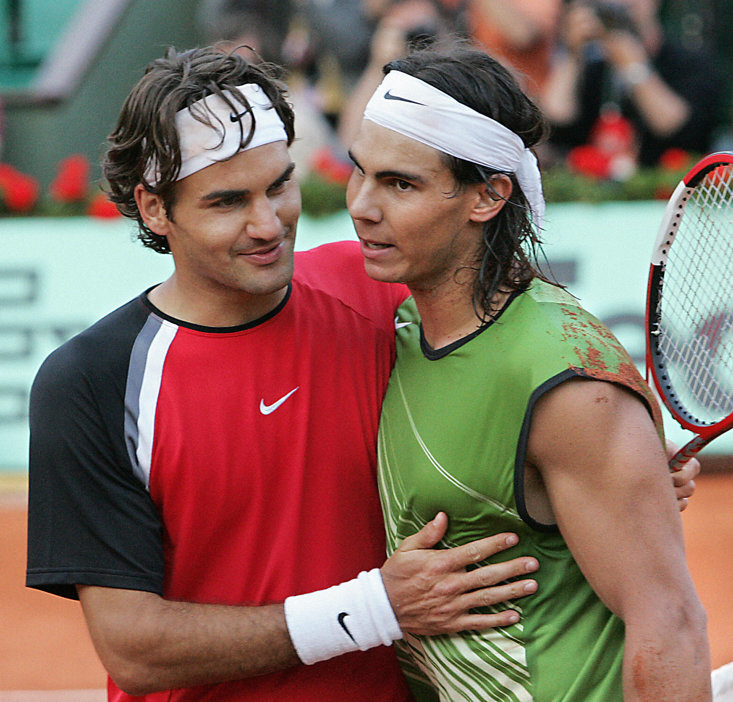 Two dates later the man from Manacor faced the Argentine Mariano Puerta, a player who would reach a career-high ATP world No. 9 singles ranking in August 2005. 6-7, 6-3, 6-1, 7-5 led Nadal to claim his first French title and his first of a long, almost unmatched, stretch of Grand Slam success. It was also one of seven clay-court titles Nadal would achieve in 2005, his most in a single season.

In the first set on Puerta’s serve with Nadal having the narrow 6-5 advantage, he produced an exquisite inch-perfect lob over his South America opponent, after being dragged all over the court by Puerta for the point. Though Puerta would ultimately take the first set in a tie-break, the shot had proved a glimpse of the inspiration within the young, raw Nadal, who promptly exacted immediate retaliation by sweeping the next two, and then edging the games in the fourth set.

With Nadal’s first success, it meant that, for the third time in four years, La Coupe des Mousquetaires was handed to a Spaniard. What those who expected the teenager to be just another Albert Costa or Juan Manuel Ferrero (who both could only count their French Open victories as their only Grand Slam victories) couldn’t have imagined was that Nadal wasn’t prepared to release La Maison Mellerio silverware quite as easily as his two compatriotic predecessors.

June 2014, on the final Sunday session on Court Philippe Chatrier, Nadal - almost paralleling the manner of the Puerta triumph - came back from first set down to win his ninth French Open title with a 3-6, 7-5, 6-2, 6-4 victory over Novak Djokovic. If there was any lingering doubt, Nadal had certified himself as the preeminent force in the history of the tournament. 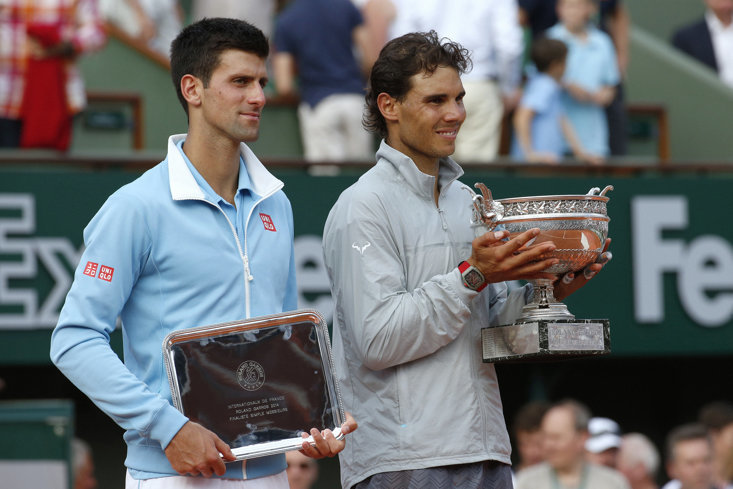 In 2012 he had overtaken Björn Borg’s Open Record of six at the event, and had now bettered the Swede again by making it five in a row (Borg’s achievement was four). Nadal’s tally at this point had also now bested the long-held number of Maxime Decugis’ eight, which had been achieved at the beginning of the 20th century when the competition - then known as the French Championships - was restricted to just French club members.

Before his first loss at the major in 2009, Nadal had won 31 consecutive matches and he is the first and only player in history to be undefeated in a minimum of eight Grand Slam finals at the same single major tournament at the start of a career. Fittingly, it was also at Roland Garros where he won his 100th Grand Slam match (in 2010 against Gianni Mina).

Federer, Söderling, Djokovic, David Ferrer and Stan Wawrinka have all fallen to his racquet in the men’s showpiece in Paris, which he last won in 2020 and with a third round tie against Britain's Cameron Norrie on Saturday, is well on track for title number 14. “On clay,” Nadal explained in a personal Masterclass, “the beautiful thing about this surface is that you can play different ways and still have good success.” It allows his power to return strongly from a defensive position, sending his opponents long and high responses, and what he loses in speed, benefits his backhand.

It is frivolous to passionately argue for a favourite as ‘the greatest’ by denouncing the achievements of those in competition for that pedestal, as is the case of the holy triptych of Nadal, Federer, Djokovic. That being said, regardless of the debate and, of course, his own admission, no tennis player - male or female - has had so much control and domination on a single surface as Rafael Nadal, the King of Clay. El Nino.