Channing Benjamin is the hottest golf photographer in the world right now. Impressive on its own, but even more impressive when you discover he only bought his first actual camera six years ago. In that incredibly short period of time he has grown a worldwide reputation for being the best at what he does. In a previous life he directed videos and concerts for some of the biggest names in the music business, including Bob Dylan, Prince and Britney Spears.

But now it’s all about the golf, his work has been featured in publications across the globe and he’s one of only five officially licensed photographers for the Pebble Beach Company, and also has deals with the Professional Golfers Association of America. We caught up with Channing as he was on back-to-back shoots in the South Pacific, to find out more about his dream job... 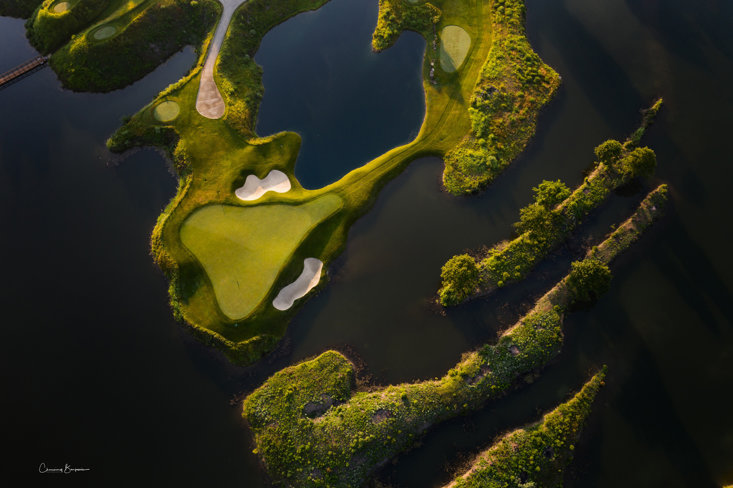 What do you aim to, and hope to, achieve through your work?

My aim is to bring new perspective and shine a new light (if you will), on landscape and golf course imagery, and do that through innovative and creative photographic techniques, both on the ground, and from the air. Ultimately, I believe these new perspectives will attract many more people to the game of golf as well as inspire those already in love with it.

Why do you think golf and golf courses in particular make for such stunning imagery?

Well the game in itself is artistic and smart.  It's a thinking person’s game and the swing itself can be a work of art – it’s simultaneously unnatural and uncanny.  Add in the uniqueness of the landscapes that surround many of these courses around the world, and it's inevitable that the imagery captured would be stunning. The key is the light. In the right light, everything is beautiful in its own way. The contrast of the green grass at the golden hour enhances that beauty even more. It’s not a technique, or a specific camera or an aperture setting…it’s much simpler than that. It’s a visceral connection to something I’m looking at through the lens – and with me, for the most part, that’s mother nature. 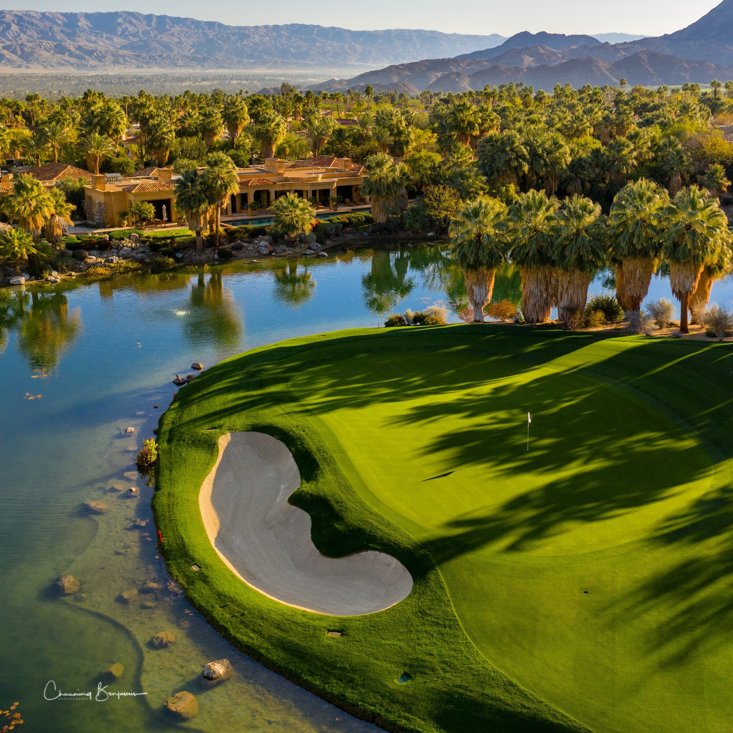 Is beauty really in the eye of the beholder, as we’ve always been told?

Beauty is definitely in the eye of the beholder, and that's what I love about my art. I don't necessarily shoot or edit for what someone else may be looking for, but instead what I believe to be artistic and beautiful. Not everyone will agree but, humbly, many have. I don’t see myself as a photographer. I just want to be able to share with the world the things that I see….and until something else comes along, the camera is my vehicle of choice.

Do you have a favourite place or location to photograph in?

To date, Pebble Beach Resorts is my favorite place to photograph. As one of just a handful of photographer licensees for Pebble Beach Company, I've been afforded the great opportunity to shoot Pebble Beach Golf Links, Spyglass Hill Golf Course, and The Links at Spanish Bay many times. The Monterey Peninsula offers unmatched aesthetic diversity in so many ways. From the vast ocean views, to large sand dunes, to the native foliage and impressive cypress trees galore – its ever changing micro climates make for some of the most dramatic visuals anywhere. 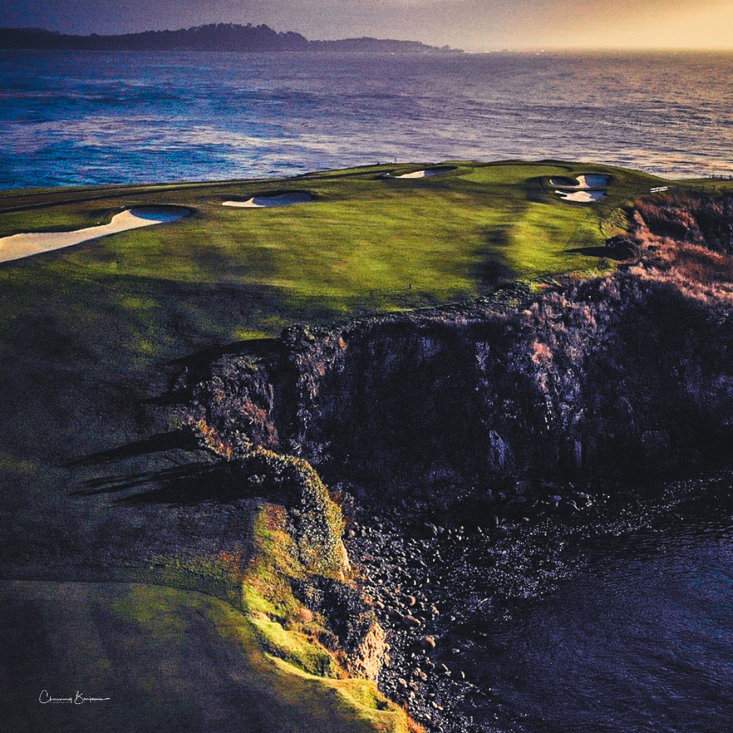 How important has the introduction of the drone been in your work?

It's taken my photography to another level, both literally and figuratively. First, it's difficult to see the degree of undulation in fairways from ground level or the abstract contrast between greens, fairways and bunkers – going upwards, to heights of 400ft at times, brings new light to the subjects and surroundings. I really like shooting the top-down perspectives which truly serves as a birds-eye view. Sometimes, when the light is just right, the simple things, like long shadows from surrounding trees or even a flag on the green, truly make the picture.

If you could’ve captured any moment in time from history through your camera, what would it be?

I think capturing golf in the 60's and 70's would have been really special. It was a time in the sport when African-American caddies and golfers were breaking through in an elitist white-only sport. Additionally, there was an underground scene of fantastic golfers that had a unique story and telling that through the lens would have been amazing. I'm not much for portrait photography but I would've loved a shot at that medium during those days. 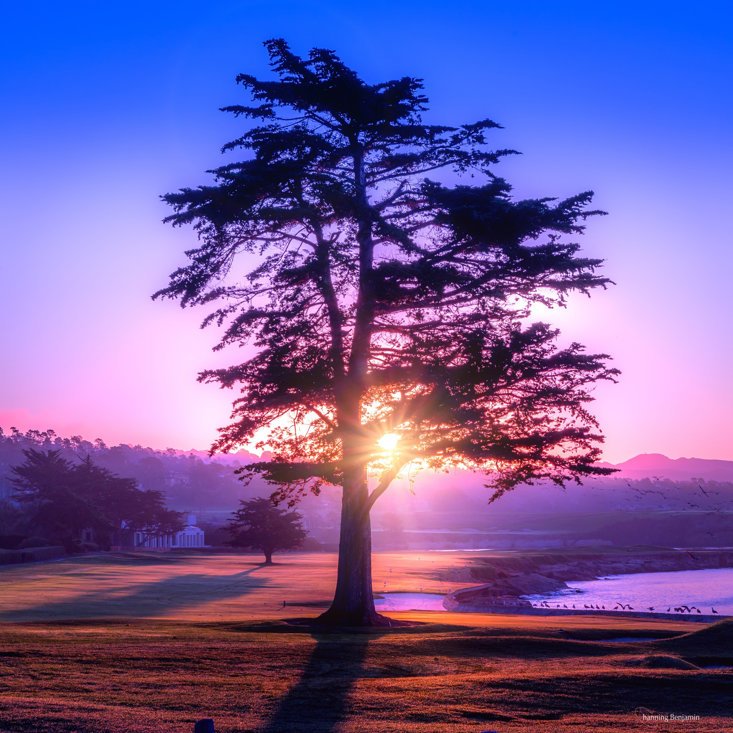 What are your hopes for the future of your work?

I want to continue to help grow the game of golf in my own distinctive way including expanding its reach through various media vehicles I’ve created like The Golfography Experience – which is an immersive fusion of the game, the lifestyle and the visual art of golf. Through TGE, people are afforded an opportunity to ‘live the dream’ on golf courses and take, or learn how to take, amazing photos at the same time.