In 2012 Bradley Wiggins made history by becoming the first-ever British winner of the Tour de France, with his compatriot and Team Sky teammate Chris Froome completing a one-two. The nation’s cycling has since experienced previous unseen success.

Nigel Mitchell  worked alongside British Cycling and Team Sky (now Ineos) since their inception in 2009, playing a part in the phenomenal seven Tour de France victories in eight attempts since that 2012 triumph. He was also there for Team GB’s London Olympics successes, which included Wiggins’ gold in the time trial.

Mitchell became a registered dietician in 1991 and has advised on nutrition at the top level of multiple sports, from athletics, sailing and cross-country to football and rugby. “You name it I’ve pretty much covered it,” he tells The Sportsman.

Now he has now teamed up with the Global Cycling Network (GCN) and ventured into the world of vegetarianism and veganism to provide the accessible guide ‘The Plant-Based Cyclist’. The book provides beautifully presented and easy-to-follow recipes, as well as being packed full of nutritional advice and information.

He talked to The Sportsman about the release of his book and what he hopes to achieve from it, as well as his experience helping the best of the best in British sport.

How would you describe your time working with Sir Bradley Wiggins?

If you work in sport and you’re able to work with one special athlete within your career I think you’re really really fortunate. Even though I’ve worked with around 30 Olympic gold medallists, and they’re all amazing athletes, there was something quite special about Bradley Wiggins. With Bradley, his make-up and his charisma: nine times out of 10 you don’t actually like him, but you really want to work with him. It’s because when he is committed to doing something, his level of commitment is unquestionable, and that in turn encourages you. Working with Brad was an incredible experience.

Where did the inspiration and idea initially come from for the ‘complete guide to plant-powered cycling’ and what can the reader gain from ‘The Plant-Based Cyclist’?

I’m a registered dietician, clinically trained as a nutritionist. My passion was always sport and I’ve worked in that area since the late 1990s. I’ve always had an interest in vegetarianism and veganism.

The thing that inspired me for this book was a series of comments from GCN viewers. A few years ago I was talking about the recovery of protein, and it mainly focused on animal protein. I was receiving a great deal of questions about vegetable protein. So I decided to go on a plant-based diet for three months to see what I could learn, and decided to turn that experience into a book. Fundamentally, I wanted to be engaging and entertaining, a remit that was shared with the publishers, GCN. 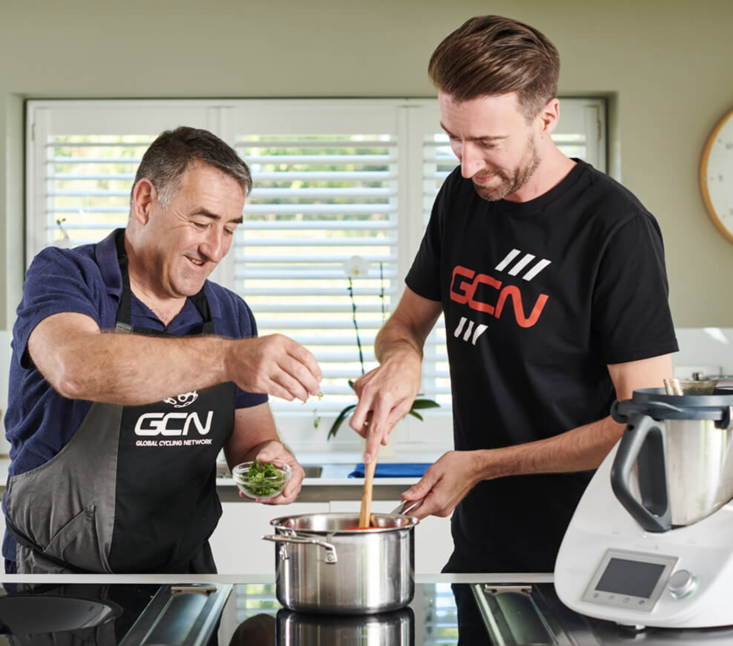 What were some of the more startling examples you discovered about how a plant-based diet can enable greater endurance and improved feats of athleticism?

The standout thing for me was, though committed, I didn’t struggle, I didn’t find it hard. I found, though I had 30 years’ experience, I learnt a great deal about food and nutrition. It can be challenging for those on a strict plant-based diet. I attempted it at a time of year when I could do a lot of exercise, doing between nine and 11 hours a week. I lost about a stone of fat and a kilo of muscle. The plant-based diet didn’t impede what I was doing. Before I started that three-month plan, every single meal I had had an animal-based product in it: milk, yoghurt, egg, cheese, meat, fish.

Society is currently enamoured with the annual trend of Veganuary. Would you implore others to continue to follow the lifestyle (at one point in the book you said you wouldn’t judge if someone had the occasional bacon butty), and how would you convince the doubters who are still staunchly on the other side of the fence?

What I want to make clear is that this book is not intended to be evangelical, demanding that everyone should be plant-based. It’s all about providing the information and the tools that people may need, either those who want to cut meat-eating down, or cut it out entirely. It’s not saying whether you should or you shouldn’t. People make their own choices. I’m trying not to be judgemental. I just want to provide something that is a tool.

Veganuary is hopefully there to make people think more about what they’re eating, whether or not it results in long-term changes is unknown. For me as a dietician and health-care professional, the more people consider what they’re putting into their bodies, the more I believe it can lead to positive health benefits. One of the things I am uncomfortable about with how society is going, is how many of us are out-sourcing our food, and when we do this we’re choosing convenience over assessing the quality of the produce. 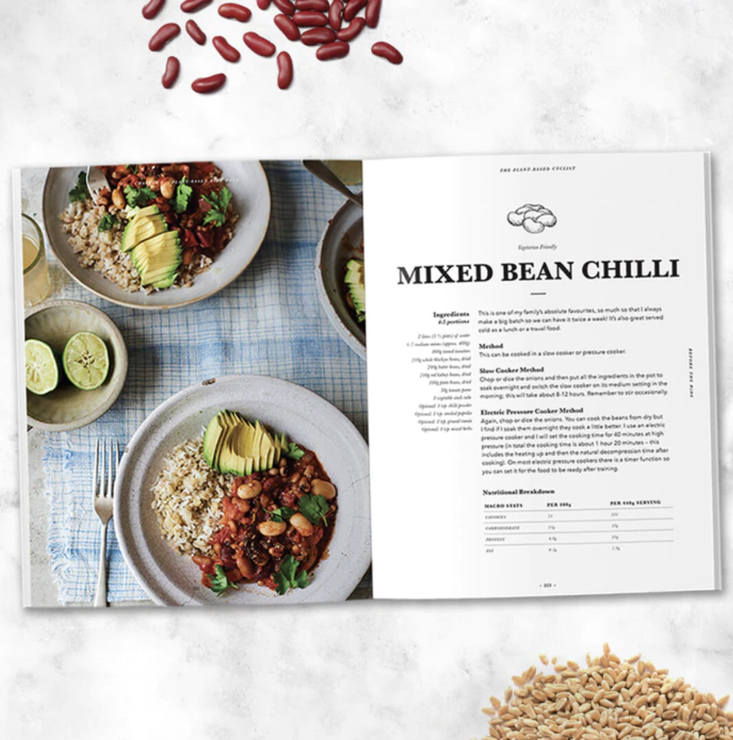 The book provides clear, beautifully-presented recipes - are there any personal favourites?

Everything contained within the recipes can be bought from your local Lidl. You won’t need to procure a fresh vanilla pod that you could only get on the left side of Mount Everest. I expected that the readership for this book would be predominantly men, and it’s getting them engaged and understanding what they’re eating.

My wife loves the Tofu Risotto. I made a big batch of it last week and she was eating it for three days. However I think my favourite recipe in the book is the Dairy-Free Pistachio Gelato. Pistachios are extremely good for protein and nutrients.

How easy is it for the person on the street to follow your guidelines that are instructed for professional athletes?

The mindset all the way across is to make something that is doable for people who are not very comfortable within the kitchen. I want to make this quite clear: I am not a chef, I’m just a normal bloke from Barnsley. If I can develop recipes, without any formal training, then anybody can.