Football
Features
These players are proving themselves to be capable at the top level
Sean Cole
09:01, 16 Nov 2019

Sometimes players just need to be given a chance. Many are written off too readily or simply struggle to make an impact in a certain environment. How many times have you seen footballers pilloried simply for taking a little time to adjust to new surroundings?

We all know it's nothing but knee-jerk to pounce on anyone too quickly, and there are a fair number of players who are proving that patience can be a virtue when it comes to breaking the big time in the Premier League.

Here are five examples of peripheral figures who have come to prominence this season and are seizing their opportunities at the top level...

The Turkish international arrived from Freiburg for £19million last summer but was forced to be patient as Harry Maguire and Jonny Evans were Leicester City’s preferred centre-back pairing in 2018/19. Although Soyuncu made just six Premier League appearances in his debut season, he has impressively replaced the departing Maguire since the England international's switch to Manchester United.

A blend of physical strength and technical ability make Soyuncu the ideal defender for a progressive manager like Brendan Rodgers. After a fragmented first season, he’s quickly become an indispensable part of an exciting side, playing every minute of every game so far for the high-flying Foxes. 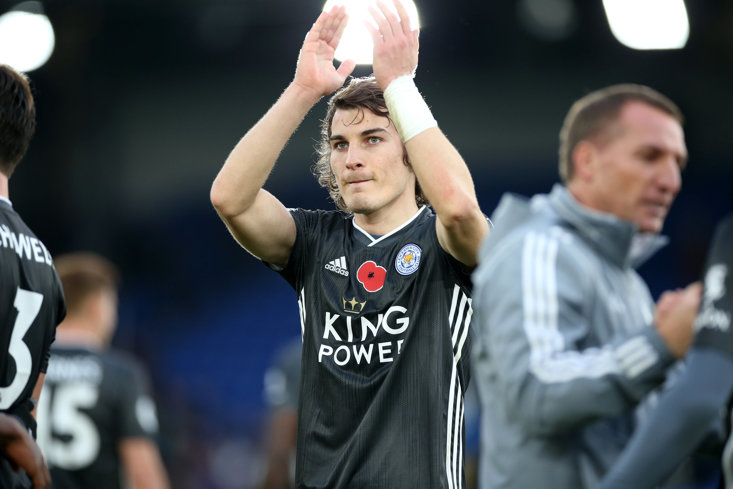 After making a few cameos for The Foxes last season, Soyuncu has gone on to play every minute this season

Prior to the start of this season, Mousset’s Premier League record didn’t make for pleasant reading - in 58 appearances he’d scored just three goals.

In his defence, he’d often been restricted to brief cameos as a second-half substitute, but it’s a testament to the transformation Mousset has undergone since leaving Bournemouth that he’s already matched his previous goals total in just nine games for Sheffield United.

A lively striker with precisely the sort of attitude and work ethic that Chris Wilder demands from his players, Mousset has benefited from a change of scenery.

He’s still not guaranteed to start given the array of strikers he’s competing against at Bramall Lane, but the 23-year-old is confident of making an impact whenever he’s on the pitch. 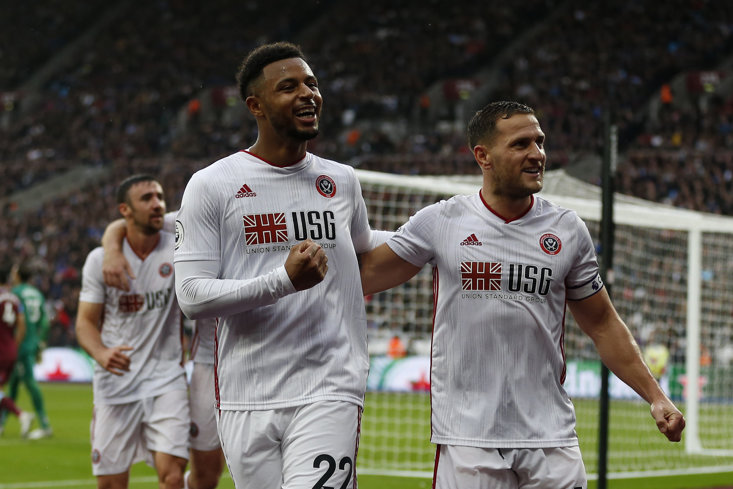 Through a combination of terrible injuries, bad timing and the consistency of his defensive colleagues, Mings endured a difficult four years at Bournemouth. Signed for £8million from Ipswich Town in the summer of 2015, he made a mere 17 appearances in the Premier League during his spell on the south coast.

Mings needed a move away and successfully rediscovered his best form on loan at Aston Villa last season, rapidly becoming a fans’ favourite as he steadied an uncertain defence on the way to play-off success. He relished the responsibility of marshalling a defence, and a permanent move to Villa Park gave him the platform needed to prove himself at the top level.

He even earned an England call-up earlier this season on the back of his performances for Dean Smith's men, making his debut in the 6-0 Euro qualifying win away to Bulgaria.

It’s often been difficult to know what to make of Traore. Built more like a stereotypical rugby player than a footballer, he possesses exceptional pace, strength and dribbling skills. At times he can be virtually unstoppable but at others he struggles to make any real impression on the game. Too often his decision-making has been awry.

That’s changed this season following a change of position. After a fitful first season at Wolves, often playing as part of the front three, he’s had much more of an impact since reverting to wing-back.

The 23-year-old is making decisive contributions more regularly and enjoyed an explosive turn as a striker away to Manchester City, when breaking clear to score both goals in a 2-0 win at the Etihad Stadium. 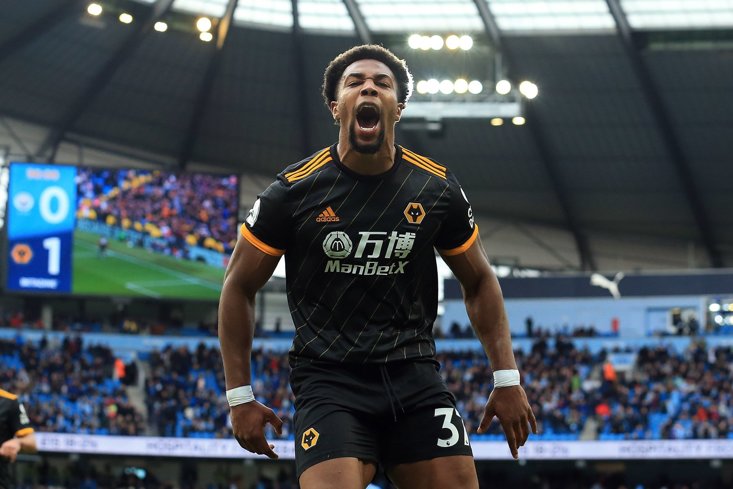 Traore put in a stunning shift against champions Manchester City

The towering centre-back may have wondered if his chance for a sustained run in the Brighton team would ever arrive. Signed from Wigan Athletic last summer, Burn was immediately loaned back to them until January. When he returned to the Amex he was limited to just three outings in the FA Cup as he observed the club’s league struggles from the substitutes’ bench.

Following Graham Potter’s appointment, Burn quickly became a key component of a rejuvenated Brighton side. He started the season at centre-back but was then moved out to the left once Adam Webster had found his bearings. Burn has shown deftness and passing ability alongside the aerial strength he was already renowned for. 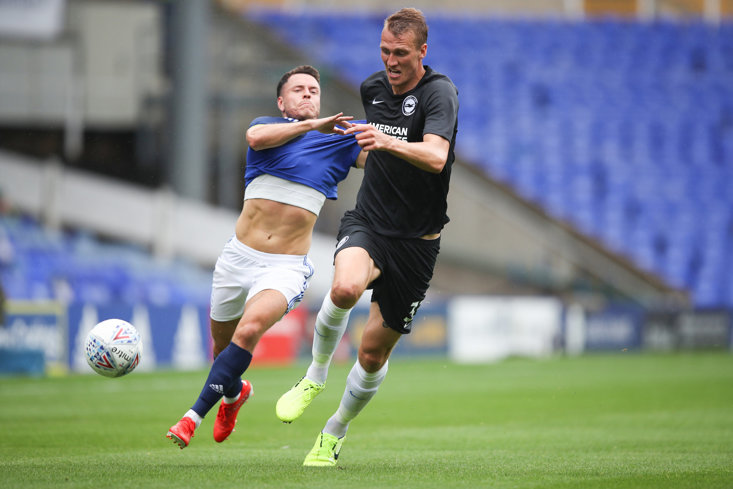 Dan Burn has been an imposing figure for The Seagulls this season
x
Suggested Searches:
Tyson Fury
Manchester United
Marcus Rashford
Lewis Hamilton
F1
Air Jordan
More
football
Ryan Giggs And The Greatest Goal In FA Cup History
Across his 24 seasons and over 900 appearances as a mainstay of the Manchester United squad, Ryan Giggs [ ... ]
boxing
The Suzie Q To The Hammer, Five Signature Punches That Changed...
The art of punching has moved on leaps and bounds since John L Sullivan won the first heavyweight title [ ... ]
football
Frank Warren On Being Shot, Benn v McClellan And Retirement...
Legendary boxing promoter Frank Warren will take centre stage this weekend as his documentary ‘Make [ ... ]
football
The Big Interview: Jamie Carragher On England Regret, Liverpool...
The Sportsman were lucky enough to sit down for a lengthy chat with former England international, Liverpool [ ... ]
football
On This Day: A 17-Year-Old Alan Shearer Announces Himself To...
On April 8, 1988, a relatively unknown and somewhat scrawny teenager by the name of Alan Shearer, opened [ ... ]
golf
“Hello World, Huh?” When Tiger Woods Announced His Arrival On...
The north suburb of Brown Deer, Wisconsin, at the Brown Deer Park Golf Course.  A stage has been [ ... ]
football
Jamie Carragher On England’s Euro 2020 Hopes, Southgate And...
“Listen, all this nonsense that people talk about you have got to play the best teams to win it, [ ... ]
boxing
When Buster Douglas Shocked The Boxing World By Beating Iron...
What do you do when you’re given a 42/1 ‘not-a-chance-in-hell’ price for victory?  [ ... ]
boxing
The Hardest Puncher Ever Born: The Sportsman Interviews Earnie...
It was in 1977 at Madison Square Garden that Shavers pushed Muhammad Ali all the way to fifteen [ ... ]
football
EXCLUSIVE: FC Porto's Toni Martinez Talks Champions League,...
Toni Martinez let out a roar of elation. On his knees and with clenched fists, the emotion poured out [ ... ]
football
Rushie To Everton And Diego Dates Madonna - The Best Footballing...
It was the equivalent of Virgil van Dijk appearing on the front cover of FourFourTwo in a [ ... ]
boxing
Outside The Ropes: Steve Wood - The Promoter, The Manager And...
The Sportsman delves deeper into the world of professional boxing to uncover the stories away from the [ ... ]
motorsport
From Senna to Schumacher - The Five F1 Families That Changed...
On 31 March 2001, at Interlagos, Ferrari driver Michael Schumacher recorded his seventh consecutive [ ... ]
football
Ollie Watkins' Former Coach On His Incredible Rise From Non-League...
Ollie Watkins is used to making an immediate impact. Joining sixth-tier side Weston-super-Mare on loan [ ... ]
football
An Ode To Goodison Park As Everton Prepare To Bid Farewell To...
It is finally happening, Everton are leaving the Grand Old lady, Goodison Park, one of the most recognisable [ ... ]
rugby-league
Your Club-By-Club Guide To The 2021 Betfred Super League Season...
Happy New Year! Tonight marks the start of 2021 for Betfred Super League fans, with the first two matches [ ... ]
rugby-league
Your Club-By-Club Guide To The 2021 Betfred Super League Season...
The Betfred Super League is back! Friday brings the first two games of the new season as rugby league’s [ ... ]
football
How A Big Rangers Fan Helped Plot Brora's Huge Cup Giant-Killing...
“I didn’t think it could get any better after last week but it’s definitely [ ... ]
horse-racing
Horse Racing Has Lost A Legend In Sheikh Hamdan Al Maktoum
Sheikh Hamdan bin Rashid Al Maktoum, one of the most influential owner/breeders of flat racing over [ ... ]
rugby-league
How York's Super League Ambition Led O'Hagan To Swap Australia...
Brendan O’Hagan could have taken the easy choice. As Australia was coming out of the other side [ ... ]
athletics
Being Unbeatable To Feeling Broken, Now Jodie Williams Is Ready...
“Do not be afraid to speak up. That is definitely something that I really struggled with, admitting [ ... ]
boxing
Outside The Ropes: Curtis Woodhouse - The Premier League, The...
The Sportsman’s new feature series ‘Outside the Ropes’ delves deeper into the world [ ... ]
football
Balotelli, Boateng and Berlusconi Aiming To Make Monza History...
Monza is a massive part of Formula One history, having hosted Grand Prix races on the iconic [ ... ]
rugby-league
New Stadium And New Ambitions For York City Knights In 2021
It’s hard to believe when stood in the LNER Community Stadium, the new home of the York City Knights, [ ... ]
football
How Lewes FC Are Leading The Football World As The First Among...
“I read a staggering statistic the other day and it was that 0.004 percent of sponsorship [ ... ]
football
Barnsley's CEO On Valerien Ismael's Golden Touch As Reds Close...
“I would be lying if I said I thought this would be as successful as it has been. Did I believe [ ... ]
football
30 Years On From His Man United Debut, Ryan Giggs' Legacy Will...
Ryan Giggs was always destined to be a star.  “Myself and Bryan Robson went to see the youth [ ... ]
darts
From Phil Taylor To Tiger Woods, Five Athletes Who Dominated...
We all adore sport when it is at its most competitive. Close title races, match points and play-offs [ ... ]
football
Everton ''Momentum Is Coming'' Under Ancelotti, Says Merseyside...
Kevin Campbell insists Everton are on the right track with Carlo Ancelotti at the helm but believes [ ... ]
football
Jordan Henderson The Key In Liverpool v Everton Derby, Says...
Liverpool and Everton go head-to-head in the 238th Merseyside derby on Saturday. While the Reds are [ ... ]