The Pirelli Stadium in Staffordshire. An attendance of 3977 are ready to watch a League Two match. The strongest regiment of spectators lie in the Carling East Stand, the terraces which are allocated for the away fans.

It’s April 24, 2011. A fresh-faced 33-year-old Eddie Howe stands on the sidelines, observing his club AFC Bournemouth on the precipice of only their fifth promotion in the club's history.

If you look for highlights on YouTube of this particular game. you’ll only find a Windows Moviemaker mashup with more filthy screen swipes than Tinder and playing to the tune of ‘Rule the World’ by Take That. The music dips down in volume to take in Brett Pitman’s athletic bicycle kick opener, cutting to the rapturous Cherries fans who had travelled the near-170 miles up north from the south-coast. When Alan Connell turns and shoots in the 90th minute and seals a 2-0 win for AFC Bournemouth over Burton Albion, madness ensues.

This result has confirmed AFC Bournemouth's rise to League One.

Three teams went up to the third division with them. Champions Notts County, eventual third-place Rochdale, and play-off winners Dagenham & Redbridge. In the nine years since, of Bournemouth’s promotion companions, Rochdale have fared best. The Dale, to their credit, have seemed to have kicked the yo-yo habit, remaining a permanent fixture of League One for the past five seasons (albeit, on occasion by the skin of their teeth). However, Dagenham now ply their trade in the National League following a match-fixing scandal in the mid-2010s. And Notts County? Well that may be the biggest tragedy of them all. On 4 May 2019, Notts County were relegated from the English Football League for the first time in their 157-year history.

For Bournemouth, however, the ascendancy was only just beginning, as they started to distance themselves from having been in the precarious position of becoming a forgotten team.

Across the previous two seasons AFC Bournemouth had been deducted a grand total of 27 points for financial mismanagement, which took them out of League One, threatened to remove them from the Football League altogether and, as a consequence, potentially wipe out their whole existence. They were positioned 91st out of the 92 clubs in England’s top-four divisions, couldn’t pay their own players, nor the rent for the training facility or pay players.

They turned to Edward John Frank Howe, their former player, reserve and youth team coach out of immediate necessity rather than faith in his capability. Chairman Jeff Mostyn was brutally honest as to the reasoning behind the appointment: “What we saw was someone who we already employed. And not for a lot of money.”

And so, on 19 January 2009, at just 31 years old, Eddie Howe became the youngest manager in the Football League.

If the challenge wasn’t enough for the novice manager, Howe had his hands tied behind his back, a transfer embargo focusing him to work with the rusty tools still currently at his disposal. To say it wasn’t a very enviable position would be an understatement.

Somehow, he steered them away from sinking into the National League and the following season, allowed the fan pitch invasion at Burton.

Howe then had his Sean Connery moment, removing himself from the role he had become beloved before being coerced back. In January 2011, Howe joined then-Championship side Burnley but the affair was short-lived. By the October of next year he was back at Bournemouth, with the Cherries. Howe was home and the results were instantaneous. 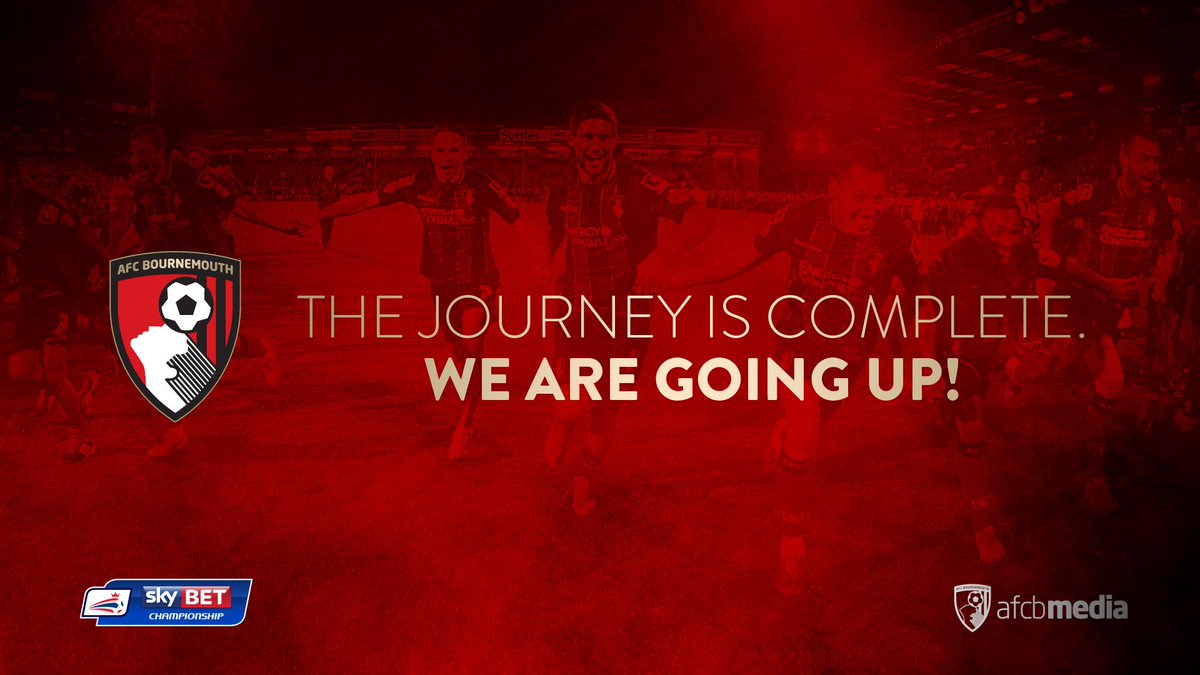 By November, with three league wins and two draws, as well as passage in the FA Cup, there was a League One Manager of the Month award under his belt. By April, he had secured promotion to the Championship. They had finished one win, one place, one point behind champions Doncaster Rovers.

They then finished 10th in their first season in the Championship but didn’t seem satisfied with the change of location. Bournemouth had set their sights on the Premier League and reached the promised land for the 2015/16 season, edging out Watford on the final day of the campaign by just a single point.

As a result he was anointed the League Managers Association Manager of the Year, ahead of Chelsea’s Jose Mourinho. Howe had become the youngest manager in almost two decades - since Danny Wilson with Barnsley in 1997 - and only the fifth manager from outside the top-flight to win the award.

Furthermore, Howe was declared the Football League’s Manager of the Decade. He had only been a manager for six years.

Today Bournemouth are part of the top-tier furniture and Howe himself is currently the longest-serving active manager in the Premier League.

In the background, at the start of 2019, Russian businessman Maxim Demin's company took full ownership of Bournemouth when his AFCB Enterprises Ltd bought the remaining 25% stake in the Cherries. Demin had become co-owner of the club with a 50% investment in 2011, when Bournemouth were in League One. Former chairman Eddie Mitchell then sold his stake in the club to Demin in 2013. Last October, plans for a new £35million training ground were unanimously approved to be built on the 57-acre former Canford Magna Golf Club site. The ground will include nine full-size pitches, an indoor artificial surface as well as medical and sports science facilities.

In the past four years they have broken their transfer record five times, top of the pile being the £25million Colombian Jefferson Lerma from Levante. Their current payroll is estimated to be £36.76million, with their highest paid player, striker Callum Wilson, on a reported £60,000 per week.

In 2017 Bournemouth were ranked 26th most valuable football brand in the world by industry experts Brand Finance ahead of European behemoths Inter Milan, AS Roma, Marseille and Valencia. 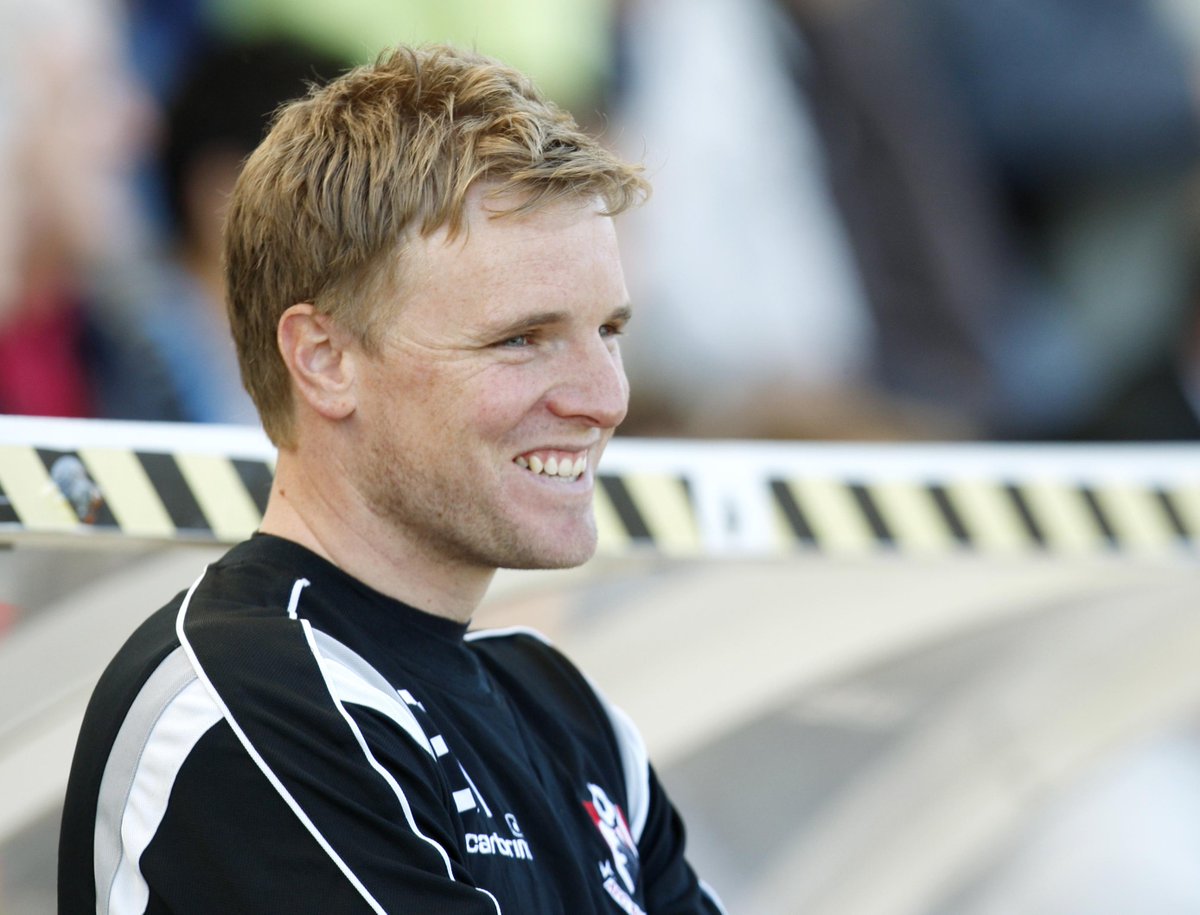 However, at the moment it isn’t completely sunshine and rainbows shining over the Dorset club. Once the 2019/20 season resumes, Bournemouth will once again find themselves mired in the relegation quagmire.

Manager Eddie Howe has personally said that his club will "never see the benefits of the Premier League era" unless they move to a new ground, the 11,450-capacity somewhat ironically titled Vitality Stadium unable to provide the vital matchday income to keep them competitive.

The future may not be entirely rosy for the Cherries, but whatever it holds, for fans to treasure, the past decade most certainly has been and more.

x
Suggested Searches:
Tyson Fury
Manchester United
Marcus Rashford
Lewis Hamilton
F1
Air Jordan
More
boxing
The Skipping, Sushi And 6am Starts Behind Canelo Alvarez's Billionaire...
Saul ‘Canelo’ Alvarez is not only one of the richest sportspeople on the planet, having [ ... ]
sports
Team GB Star Lutalo Muhammad's Guide To Sleeping Like An Olympian
Practice makes perfect, and Olympic athletes spend years honing their craft in pursuit of medal glory. [ ... ]
football
How Cheung Chi Doy Flew Solo To Become Hong Kong's Only European...
Sixty years ago, on 14 January 1961, two teams walked out at Bloomfield Road for a Saturday football [ ... ]
sports
The Top Motivation Tips To Keep Your 2021 Fitness Kick On Course
We are now getting stuck right into January and the new year, and with the first proper weekend behind [ ... ]
football
Remembering Josef Bican, The Only Footballer Cristiano Ronaldo...
It is the perennial argument.. Who is the greatest ever, is it Cristiano Ronaldo or Josef Bican? Ok, [ ... ]
motorsport
Lando Norris' Stunning McLaren 570S, £1.4m Track Test Cars And...
What were you doing at the age of 21? Finishing university, taking the first steps on your career ladder, [ ... ]
darts
Gerwyn Price Would've Quit Darts For A Wales Rugby Union Cap,...
Gerwyn Price dreamed of representing the Wales national rugby team. Life, though, works in mysterious [ ... ]
football
20 Years On, Is Eriksson's England Remembered For The Successes...
It was a time of relative success and front-page scandals. The FA’s decision to appoint England’s [ ... ]
football
Beckham's MLS Move Gets More Monumental Every Year, And Messi...
“I would like to play in the United States someday, it’s always been one of my dreams... [ ... ]
football
Cheers Bud, Messi Pays Respect To The World’s Best ‘Keepers...
Budweiser continues to celebrate Lionel Messi’s record-breaking 644th goal by sending every goalkeeper [ ... ]
football
No More Begging Bowls, Teams Like Marine Should Get 100% Of...
There was an inevitability about the 5-0 away win on the pitch, but Sunday’s third-round clash [ ... ]
sports
The Good, The Bad And The Downright Ugly, What Happens When...
Cardiff City Football Club is one of the most traditional organisations of a deeply traditional sport. [ ... ]
sports
Meet Milly Pickles, The Inspiring Para-Athlete With Five Million...
With five million likes and 204,000 followers on TikTok, and a brand deal with one of the UK’s [ ... ]
boxing
The Hard Work, Long Days And Big Meals Behind Tyson Fury's Incredible...
Tyson Fury has found solace in working out, discovering it is the thing that not only keeps him in shape [ ... ]
us-sports
How Kareem Abdul-Jabbar Brought The Lakers' Incredible 33-Game...
He towered at seven feet two inches tall. The sky-hook was in full flow. Once again the Los Angeles [ ... ]
motorsport
Biker Sam Sunderland Won't Let Covid-19 Kill His Dream Of Another...
It was back in 2017 when Sam Sunderland wrote his name into the record books, becoming the first Brit [ ... ]
football
James Rodriguez's Car Haul Includes £300k Worth Of Mercs, And...
James Rodriguez is an absolute Rolls Royce of a footballer and had Everton’s midfield purring [ ... ]
football
Heroes V Minnows, Legends V The Lowly, The FA Cup Third Round...
The magic of the FA Cup has been slowly dying, they say. There are the scattered fixtures and irritating [ ... ]
sports
The Diet Plans To Suit All Shapes And Sizes, From 5/2 To Fasting...
The New Year’s festivities have been and gone, and Christmas is a distant memory, at least until [ ... ]
motorsport
The Major Milestones Behind Lewis Hamilton's Relentless March...
Lewis Hamilton. His name is Lewis Hamilton. And there’s a million things he’s done. But [ ... ]
us-sports
11 NBA Titles And A 70% Win Rate, Phil Jackson Is The Best Coach...
There is simply no other who can touch him. He taught Jordan, Kobe, Shaq, Fisher, Pippen, Rodman. He [ ... ]
football
Big-Game Belief Proves City Are The Real Deal And United Are...
Manchester City are going to Wembley again. Manchester United are fielding questions about their readiness [ ... ]
boxing
Anthony Joshua Is The Selfless Sports Star We All Need In Our...
We need sport more than ever right now. We need it to distract, to entertain, to lift our mood and help [ ... ]
football
Thirst, Dedication, Craft, Bravery, Words That Define The Genius...
Even Gianluigi Buffon and Jan Oblak couldn’t stop Lionel Messi, but they got a little something [ ... ]
football
Long Live Le King! Why Bruno Fernandes Is Manchester United's...
Manchester United are flying. Ole Gunnar Solskjaer’s men have transformed themselves from mid-table [ ... ]
boxing
Canelo Alvarez, The Superstar Who Makes Golf Shirts And A Panda...
What would you spend your money on if you were one of the richest sportspeople on the planet? Saul 'Canelo' [ ... ]
boxing
Heroin, The Mob And A Left Jab From Hell: The Tragic Tale Of...
“One day they’re going to write a blues song about fighters. It'll just be for slow [ ... ]
sports
Baby Steps, Kindness And Motivation, It's Our Top Tips To Get...
You were doing so well. Lockdown had you in the best shape of your life. And then came Christmas. To [ ... ]
football
How Covid And Brexit Make This January Transfer Window A Whole...
The January transfer window is here once again but this year it is going to look pretty different with [ ... ]
tennis
Farewell To The Fab Four? Enjoy Federer, Nadal, Djokovic And...
Almost a century ago, four men entered their names into tennis folklore. A foursome from France, cutthroat, [ ... ]