“How has he never been Knighted !?”

That was the proclamation from ex England cricket captain  Michael Vaughan on social media this week.

In 2003, man-mountain Johnson led England to their first - and so far only - World Cup tournament triumph, beating Australia in the final.

The image of the lock lifting the cup in Sydney at the Stadium Australia (then known as the Telstra Stadium) is as iconic as any in British sport.

Vaughan was prompted to make the call after the re-emergence of a video showing Johnson launching praise on his teammates, and the entire England set-up, in the immediate aftermath of the victory and ahead of receiving the trophy. Johnson modestly paid full credit to his back-room staff and the management.

In that year’s New Year Honours list, the entire 31-man squad were subsequently decorated as a consequence of their success to bring home the Webb Ellis Cup. Coach Clive Woodward was knighted and Johnson promptly became a Commander of the Order of the British Empire, promoted from a previously received OBE.

After retiring from rugby in 2005 he went on to manage England to their first Six Nations Championship trophy in eight years, in 2011.

Vaughan’s comments got The Sportsman thinking - what more does a man have to do to get the nod from the Palace? And who are the other British sporting icons deserving of a knighthood?

Let’s get the elephant in the room out of the way, David Beckham is a cultural phenomenon.

He will continue to be examined as the template for the modern-day footballer, whether this is a good or bad thing is entirely subjective.

As a footballing icon and one who has productively used his image for a variety of charitable causes his credentials are beyond doubt.

Becks may have scuppered his chances of a knighthood in recent years following questions about tax schemes but the Manchester United and England legend is still in his mid-40s, and time heals.

The last former professional footballer to be knighted was Sir Trevor Brooking, all the way back in 2004. Should Beckham continue to use his brand and popularity for philanthropic purposes, it’s not hard to imagine him bucking that trend.

Like Beckham, cyclist Chris Froome has an OBE under his belt.

However, despite four victories at the Tour de France and becoming the first cyclist in close to 40 years to hold all three Grand Tour winners’ jerseys - winning the Vuelta a España and the Giro d’Italia at the same time - a knighthood hasn’t been forthcoming for Froome.

His former Team Sky colleague Bradley Wiggins was knighted in 2013, aged 33, after becoming the first British winner of the Tour de France in 2012. He also collected Gold in the time trial at the London Olympics and won the BBC’s Sports Personality of the Year.

A purported feud between Wiggins and Froome, as well as raised questions about drug-enhancement that continues to surround their participation and successes in the sport, look to be major hurdles for the honour for Froome.

Calzaghe is without question one of the best British boxers of all time, an unblemished character with an unblemished record in the ring 46-0 with 32 knock-outs.

In 2007, the legendary Sir Henry Cooper backed calls for the Welshman to be knighted by the Queen after Calzaghe had retained his world champion title for a whole decade, the longest-reigning super-middleweight world champion in boxing history.

The demand however fell on deaf ears, though in the same year he did take home the SPOTY award. It’s now over ten years since Calzaghe (CBE) retired, time to give the former southpaw his due? 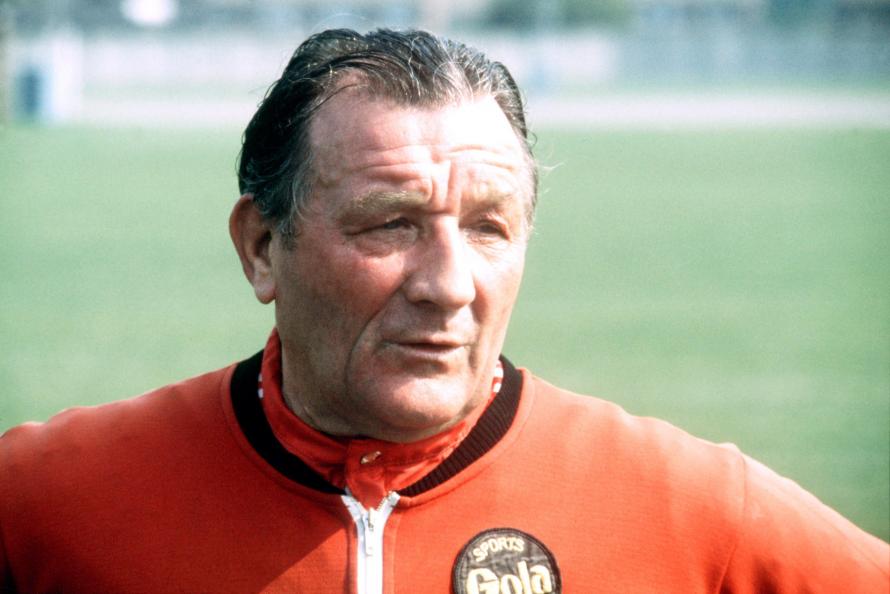 In 2018, Kenny Dalglish was given what the Liverpool Echo deemed a ‘long overdue’ knighthood. The beloved former Liverpool player/manager made 355 appearances for the club, was gaffer twice and won six English league championships.

Fewer than 20 footballing figures have ever been given knighthoods. Legendary three-time European Cup-winning boss Bob Paisley, the second of that incredible quad of consecutive stretch of Liverpool managers alongside Bill Shankly, Joe Fagan, and Dalglish - is astonishingly not one of them. Only one other person has ever achieved the managerial feat of Paisley and that’s Carlo Ancelotti.

Paisley won 20 honours in nine seasons, including that astonishing three European Cups in a four year span, that elusive individual accolade, however, went missing. It’s time to right that wrong and honour him with a posthumous knighthood.

Let’s return the favour to Vaughan. England’s test team captain helped recaptured the Ashes after a desperately long and arduous barren spell that had kept it in the hands of Australia for 18 years.

In 2005, legends were made, new fans of the sport were born, and as much as Flintoff, Pietersen, and Trescothwick became forever intrinsically part of British cricketing lexicon, so too has Vaughn. In his own words - “How has he never been Knighted!?” 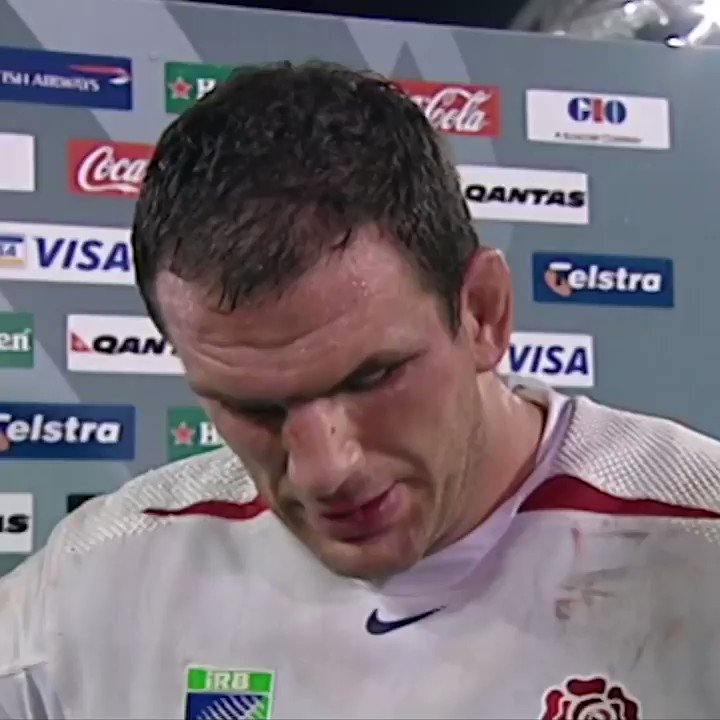 Michael Vaughan
@MichaelVaughan
How has he never been Knighted !????
185
2462
More
football
The Spurs Player Who Swapped Boots For Battle Long Before Son...
Tottenham Hotspur have this week announced that the unfortunate postponement of the football season [ ... ]
football
On This Day: A 17-Year-Old Alan Shearer Announces Himself To...
On April 8, 1988, a relatively unknown and somewhat scrawny teenager by the name of Alan Shearer, opened [ ... ]
motorsport
From Senna to Schumacher - The Five F1 Families That Changed...
On 31 March 2001, at Interlagos, Ferrari driver Michael Schumacher recorded his seventh consecutive [ ... ]
motorsport
René Dreyfus: The Motorsport Maverick Who Defied The Nazis On...
“There are only three sports: bullfighting, mountaineering, and motor racing; all the rest are [ ... ]
sports
From Boxing To Baseball, These Sport Films Are Your Lockdown...
The silver-lining of a lockdown is that it gives us a little bit of time to imbibe all [ ... ]
football
''The Quality Of Madness'' - Presenting Marcelo Bielsa, Leeds...
When Leeds United sacked Paul Heckingbottom as head coach after only four months in charge at the end [ ... ]
boxing
From Tapia To Tyson: When Blood And Tears Stain The Boxing Tapestry
“Of all the skills a boxer has to master, none is as mystifying as pain management,” sports [ ... ]
football
Rushie To Everton And Diego Dates Madonna - The Best Footballing...
It was the equivalent of Virgil van Dijk appearing on the front cover of FourFourTwo in a Manchester [ ... ]
motorsport
Thank You, Thierry Sabine - The Dakar Rally Is One Of Sport's...
In 1977, cinemagoers first experienced the now-iconic image of Luke Skywalker staring out over the Tatooine [ ... ]
boxing
''Most Notorious African-American on Earth,'' The Life And Times...
What do Alan Turing, The Doors frontman Jim Morrison and the comedian Lenny Bruce have in common? These [ ... ]
rugby
Alexander Obolensky - Exiled Russian Prince, Fighter Pilot,...
Exiled Russian prince, fighter pilot, and a rugby international who once scored 17 tries in a single [ ... ]
rugby
After 50 England Caps Amy Cokayne Finally Embraces Life As A...
Amy Cokayne is 23 years old and already has 50 caps for England and a Rugby World Cup final behind her. [ ... ]
mma
How Dana White Used 20 Million Instagram Followers To Take On...
When Polish fighter Joanna Jedrzejczyk went to war (and lost) with China’s Weili Zhang in the [ ... ]
sports
Prince, Tyson Fury, Jose Mourinho - Sport's Greatest Ever Press...
It is strange how quickly new trends become traditions. Every afternoon at 5pm, when most people used [ ... ]
sports
Donors, Helpers, Providers - The Sports Stars Stepping Up To...
In times of crisis, there really is something to be gained from looking around at all the good that [ ... ]
football
Speaking The Same Language As Carlo And Jose - The Life Of A...
“What do you do in the bedroom?” “I sleep with your wife.” The life of a football [ ... ]
sports
'Quarantini' Anyone? How To Stay Healthy In Mind And Body At...
Keep those spirits up, dear reader! For many of us, being confined to our homes for the foreseeable [ ... ]
football
Exclusive Leon Osman Interview:The Rooney Explosion And Ancelotti...
Leon Osman couldn’t believe what he was seeing. The Everton midfielder had heard about a young [ ... ]
mma
''A Warrior Poet...Beautiful Man'' UFC Legend Frank Mir Shares...
Former UFC heavyweight champion Frank Mir has told The Sportsman of his admiration for WBC world boxing [ ... ]
boxing
54 Years In The Game, 400 World Title Fights, Bob Arum Is Still...
1966 is a special year in sport for a plethora of reasons.  It was the year the England football [ ... ]
football
'' I Believe In Fairies'' - The Life And Times Of The Extraordinary...
Brian Clough wasn’t just one of the most quotable managers in English football’s long history, [ ... ]
sports
Retired Jersey Numbers: When Sports Stars Become Immortal
Basketball creates universal icons who transcend the sport itself. Over the past three decades or so, [ ... ]
football
From Jules Rimet To The FA Cup, The Sporting Trophies That Went...
When the World Cup trophy was stolen in London on 20 March 1966, it threatened to plunge the most famous [ ... ]
motorsport
On The Ground In Australia As Coronavirus Threw F1 Into Chaos
The beginning of a season is normally a time of high excitement as we wait to see which teams have hit [ ... ]
football
'Wizard Of Dribble' Sir Stanley Matthews Was The First Gentleman...
Sir Stanley Matthews was no ordinary footballer. His was a career which spanned some three decades, [ ... ]
winter-sports
From Wheelchair To World Title, The Amazing Katie Ormerod
Katie Ormerod is at her family home in West Yorkshire, fresh from the news that she has just become [ ... ]
football
''It Will Always Niggle'' - Leon Osman Reveals Hurt At How His...
Leon Osman has told The Sportsman of the hurt that still lingers as a result of finding out by text [ ... ]
football
The Man Behind The FA Cup: How Charles Alcock Made A Modern...
There might never have been a more significant game of football than the one played at The Oval on 16 [ ... ]
boxing
The Mike Tyson Interview: ''Living Takes A Lot Of Courage.''
Mike Tyson’s life has been a well-documented roller coaster ride. A difficult childhood, then [ ... ]
football
60 Years In Football, Sacked 37 Times...There Really Is Only...
When it comes to jobs for life, Barry Fry has it covered. The 75-year-old has been in football for a [ ... ]
This website uses cookies
Cookies help us and our partners provide statistics. By browsing this website, you consent to the use of cookies in accordance with our Privacy Policy and Cookies Policy.
Accept & Close