This season Warrington Wolves forward Daryl Clark hit a speed quicker than any of the 554 players in the Premier League.

Clark reached 35.82 kilometres per hour, roughly 9.97 metres per second, chasing down Craig Hall to stop a try in a match against Hull KR, which was faster that the top speeds reached by the likes of Manchester City’s Kyle Walker or Fulham’s Fosu-Mensah in the 2018-2019 campaign.

What makes it even more remarkable is that Clark, Warrington’s 26-year-old hooker, is a 91 kilogram forward and not a fleet-footed winger or centre. Also that he had already made 16 tackles and five carries of the ball at KCOM Craven Park before performing his lung-busting feat.

Clark’s top speed is not only quicker that any Premier League footballer, but also faster than NRL stars Damian Cook and Dane Gagai, and NFL running back Dalvin Cool and safety Devin McCourty.

The Wolves have been closely analysing the data of their players this season and are releasing the figures to show how impressive Super League athletes really are, with their unique mix of speed, agility, strength and toughness.

And it is not only Clark who is producing amazing athletic numbers.

Warrington wingers Josh Charnley and Jake Mamo are, along with Clark, the fasted members of the Wolves’ squad. England international Charnley has hit a speed of 9.83 metres per second this year, while Australian Mamo has reached 9.92 metres per second and is one of club’s quickest over 30 metres.

Ade Gardner, Warrington’s head of performance, says: “I don’t think people have a full appreciation of what the players are capable of and what kind of feats they do on a weekly basis.” 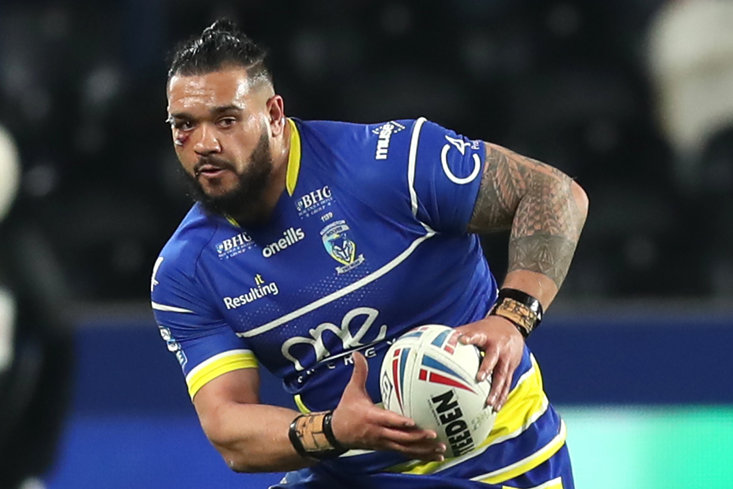 Surprisingly, Tongan behemoth Ben Murdoch-Masila, the bustling back-rower who weighs in at 120 kilograms, has reached the fourth-fastest speed on the field at the club this year. The giant forward hit 34.2 kilometres, which would have put him among the top 10 fastest sprinters in the Premier League.

Another of Warrington’s freakish athletes is fellow Tongan Sitaleki Akua’ola. The 27-year-old, who stands 192 centimetres tall and weighs 106 kilograms, can deadlift 300 kilograms, 2.7 times his own body weight, but also has the fastest acceleration over 10 metres.

Gardner admits with Akau’ola’s deadlift: “We couldn’t get any more weight on the bar”.

Gardner played in Super League with St Helens, represented England and Great Britain, and retired in 2014. He says for the past six years the use of data analysis and statistics in performance has been on the rise in rugby league. Gardner maintains it is not just Warrington’s players who are carrying out super-human feats, but players across all clubs in Super League.

He said: “We have fantastic athletes in our sport capable of these amazing feats and we want to try and give people some context over how who there are and what they’re capable of doing.

“This isn’t just our players, it’s all across Super League. We’d encourage the rest of the league to release the stats because we’re really proud of the lads we have playing for us and the athletes that they are."