The art of punching has moved on leaps and bounds since John L Sullivan won the first heavyweight title back in 1892 and for well over a century prizefighters have been looking for new ways to knock an opponent into next week.

Boxing is of course much more than just throwing a clenched fist in anger at an opponent - it requires athleticism, grace and sometimes, like the punching pioneers below, takes a spot of ingenuity.

Here are our picks for five of the most unique punches that changed the face of boxing forever... 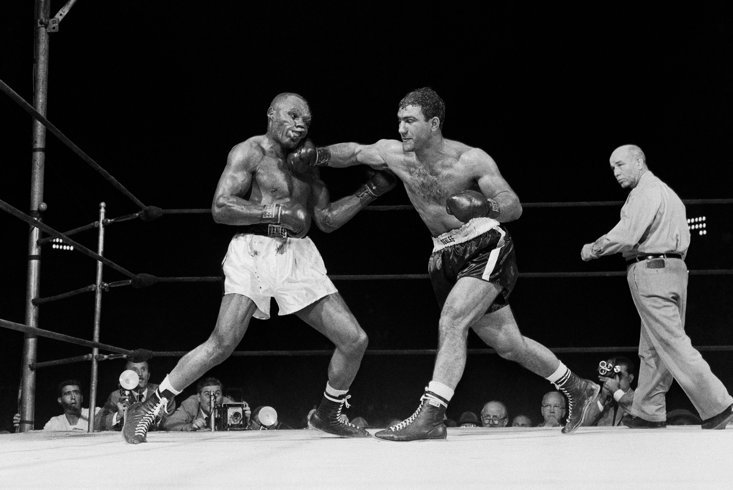 To finish a professional boxing career with an entirely unblemished record is no easy feat but that’s exactly what ‘The Rock From Brockton’ did between 1947 and 1955, beating all 49 of his opponents, with an eye-watering 87% of those unable to reach the final bell.

Marciano is one of the toughest men to ever step foot in the ring but at just 189lbs, he was a much smaller heavyweight than many think - in fact in his last fight, against the light-heavyweight champion Archie Moore, he was the smaller man despite being a division higher.

So how did he remain so unstoppable? Well, that had a lot to do with the deadliest tool in Marciano’s fistic arsenal; The Suzie Q.

The overhand right from hell was the bane of many a heavyweight during ‘Rocko’s’ era and it was so thunderous that one test in the fifties once alleged that the punch’s power was the equivalent to lifting one ton a foot off the ground. Ouch. 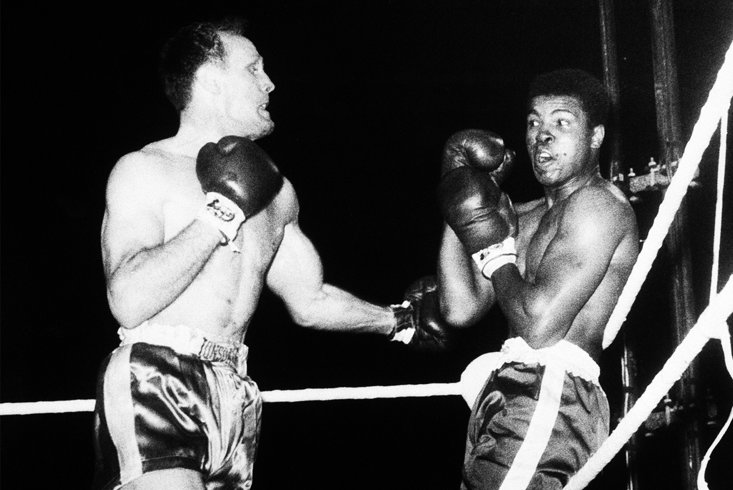 Few homegrown boxers can claim to have captured the hearts of the British nation in the same way Henry Cooper or ‘Our ‘Enry’ did in the fifties and sixties and subsequently until his passing in 2011.

Like Marciano, Cooper was a small heavyweight in a division full of Goliaths and he too had a trick up his sleeve for when it came to decisively ending a fight.

‘Enry’s ‘Ammer was a left hook forged in South East London and one that famously sent a cocky Cassius Clay tumbling to the canvas at Wembley Stadium - only some quick thinking from Clay’s trainer Angelo Dundee ensured the future Muhammad Ali would get back up and finish the fight (and subsequently win).

How different would the heavyweight division have been if Clay had failed to recover?

Cooper may not be the greatest boxer or even heavyweight to come from these shores but that signature punch made him a very live threat in a division jam-packed with talent. 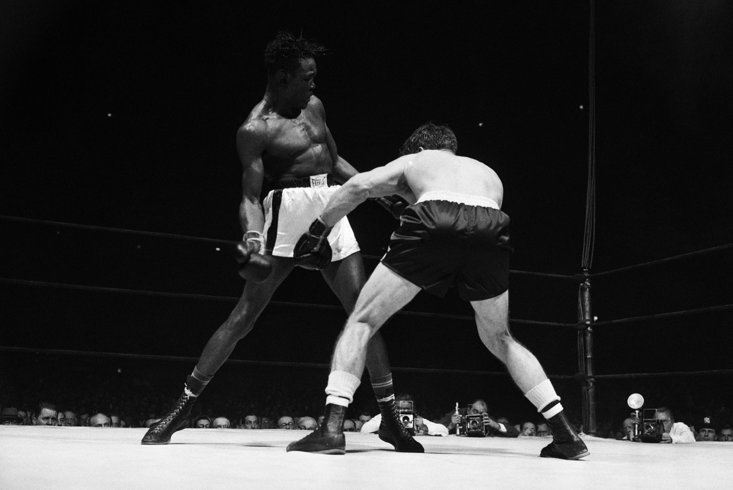 Though he’s definitely not the ‘bolo punch’s’ original creator, Gerardo ‘Kid Gavilan’ Gonzalez, a majestic Cuban welterweight wizard of the forties and fifties certainly popularised and took ownership of this side splitting right hook-cum-uppercut.

‘Bolo’ is a loose translation of the Filipino for a ‘machete,’ which are commonly used to cut the sugar canes there. The punch is therefore called a ‘bolo punch’ because you need to visualise yourself swinging a blade at waist level to be able to understand it.

In his professional career, Gavilan would go on to win 108 times and was named by The Ring Magazine as the 26th best fighter of the last 80 years - thanks in no small part to this ingenious piece of pugilism.

The bolo punch has been added to the armoury of many boxers since, like Muhammad Ali and Sugar Ray Leonard, but Kid Gavilan is still the undisputed master. 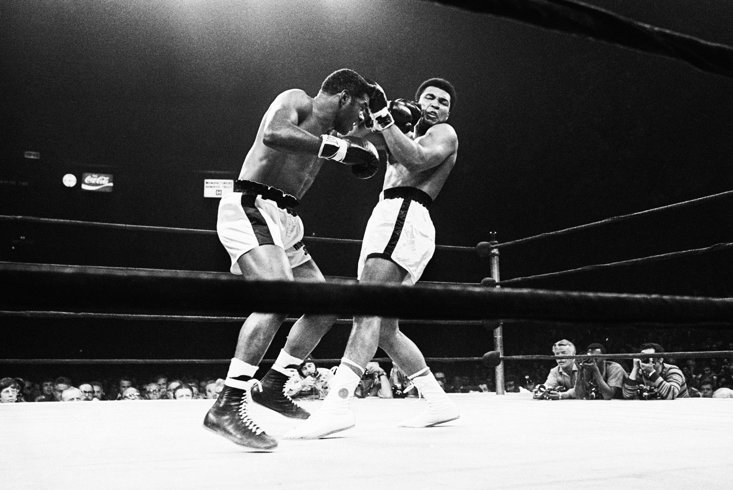 Floyd Patterson is one of the most criminally underrated heavyweight champions of the 20th century. More famous for his losses to Ali and sixty second obliteration at the hands of Sonny Liston, Patterson was, on his day, a phenomenal boxer and ‘the Gazelle punch’ helped launch the famously shy prizefighter to the heavyweight championship of the world.

Patterson’s ‘Gazelle Punch’, involved throwing a left hook during which he actually lifted both feet off the floor, leaping like, you guessed it, a gazelle, to deliver what Patterson called “a sure kill.”

Under the tutelage of Cus D’Amato and with the help of his trusty left hand, Floyd Patterson became the youngest heavyweight champion in 1956 at the age of 21, a feat that would be repeated 30 years later by another D’Amato starlet; a certain Mike Tyson. 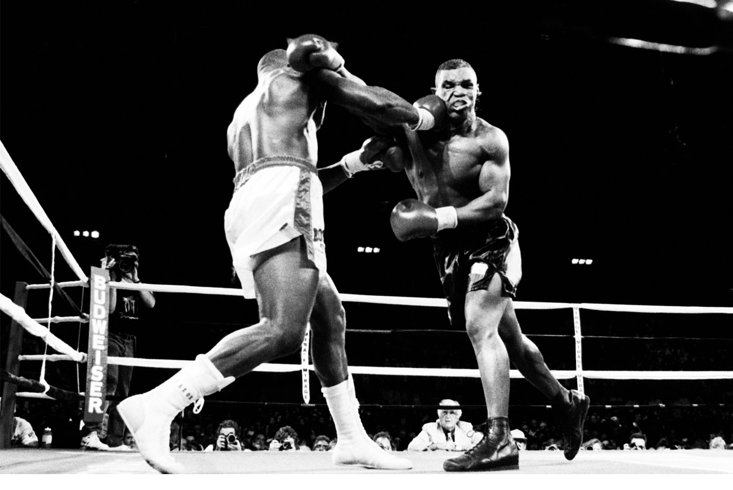 Not every signature punch needs a flashy name derived from an animal or a rough Filipino translation of a deadly blade because ‘the Smash Punch’ does exactly what it says on the tin - and that’s that it’s going to hurt.

The creation of one Razor Ruddock (No, the boxer, not the former Liverpool striker who gets his knob out on A League Of Their Own every week), ‘the Smash Punch’ is a powerful left hook/uppercut hybrid that proved particularly useful in one of the hardest punching periods in heavyweight history; the eighties and nineties.

The signature punch can be seen in all its beautiful brutality as the architect of one of the most devastating knockouts in heavyweight history, when Ruddock decimated poor Michael Dokes in four rounds in 1990.