Football
Features
The Preston North End striker scored from inches out on his only debut in March 2007
Kris Voakes
06:55, 05 Sep 2021

That was Steve McClaren’s hasty exit from his press conference after one of the low points of England’s modern international football history in March 2007. The Three Lions had just stumbled past lowly Andorra in Barcelona, having taken 54 minutes to breach the minnows’ defence and been booed for long stretches of the 3-0 win by their own fans.

For McClaren, it was a surefire sign that he was not cut out for the role of leading England’s football team, with Steven Gerrard’s brace probably saving him from getting the sack that very evening – eight months before his eventual dismissal. But for one of his players that night it was the peak of his entire career.

David Nugent had never even played a top-flight game before, let alone appeared for his country. And when the England manager came to watch him play for Preston North End against Ipswich Town in the Championship, the then 21-year-old had an absolute stinker.

“I’m not being funny, I probably had the worst game of my career!” Nugent told Sky Bet some years later. “It was weird because I always score against Ipswich and this game I had a shocker and I was thinking ‘I’m never getting called up.’” 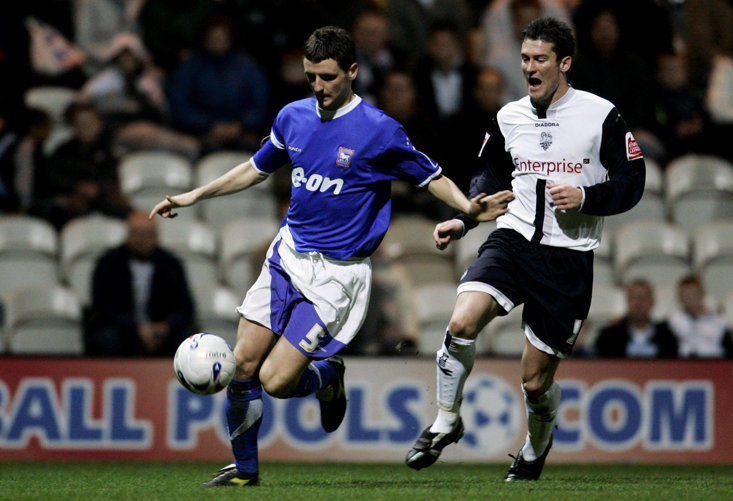 NUGENT STRUGGLED WHEN MCCLAREN WAS WATCHING FROM THE STANDS

So it was a surprise to the striker to find himself sitting on the bench for the Euro 2008 qualifier against Andorra which came hot on the heels of a disappointing bore draw with Israel in Tel Aviv. With McClaren under pressure, England needed nothing less than a thumping win over a side they had swatted aside 5-0 at Old Trafford just seven months previously.

But the laboured nature of England’s performance is not what Nugent remembers most from that night, because his 15 minutes of global fame came on that very evening at the Estadio Olimpico de Montjuic and a tap-in from all of 12 inches would see him join a select club of players to score on their only appearance for the Three Lions.

Having been given the nod to make his debut shortly after Gerrard’s second had given England some breathing space, Nugent ought to have found the net when shooting wide of the near post from a Stewart Downing cut-back with a couple of minutes remaining. But he would eventually find the mark in the final minute of the match against the backdrop of chants of “Still want McClaren out” from the large travelling contingent.

The nature of the goal still splits opinion. Some claim Nugent was simply displaying the instincts of a predatory striker when he tapped home Jermain Defoe’s goal-bound shot as it headed over the line. Others say it was selfish, and a great shame for the Tottenham Hotspur forward, who at that point had just three goals in 24 England appearances to his name. 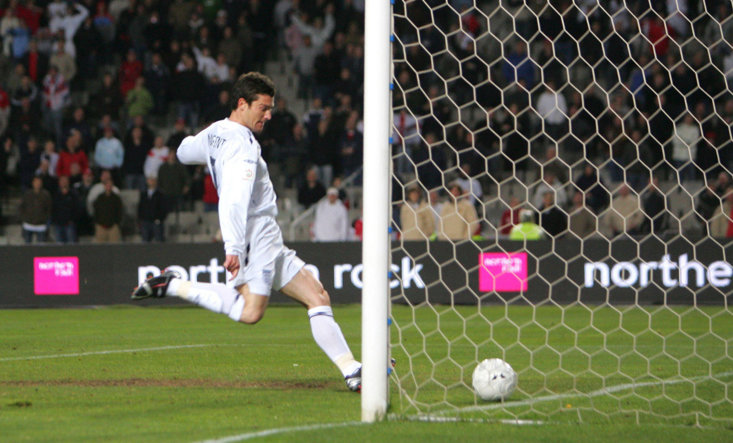 NUGENT FINISHES FROM LESS THAN A YARD

Whatever the conjecture, Nugent was off the mark for his country. But that would be that. Four minutes of injury time later, the final whistle went and the Liverpool product would never again play for his country.

He did go on to play in the Premier League, scoring 14 goals in 97 games in a 10-year span for Portsmouth, Burnley, Leicester City and Middlesbrough. But he was unable to recreate his regular goalscoring form at Championship level when he got the opportunity higher up and it was soon evident that his international career would never be rekindled.

Besides scoring probably England’s closest-range goals of all time, he also enjoyed one of the nation’s shortest international careers. His one-cap, one-goal status puts him alongside the likes of Francis Jeffers, Paul Goddard and Danny Wallace with a 100 per cent scoring record in their only appearance.

Yet he remains Preston's only England international since Sir Tom Finney in 1958, and when Gareth Southgate's modern Three Lions face Andorra again on Sunday night at Wembley, the country’s football fraternity will once again be reminded of that evening in Barcelona which was so utterly forgettable but for Nugent’s historic tap-in.