The football documentary is the new Big Brother. In 2020, it’s simply the most popular and greatest reality TV show out there. Nothing comes close, although (by our own admission) this is purely based on sentiment, not statistics. Love Island might have something to say on this, but you get our point. Football plus documentary equals TV gold.

Recently we’ve seen Spurs boss Jose Mourinho break down over the death of his beloved dog on Christmas Eve on All or Nothing: Tottenham Hotspur, “My dog died and I’m f*cked, deeply f*cked.” Pep Guardiola’s emotional teamtalk after the birth of David Silva’s premature son in All or Nothing: Manchester City, “He’s f*cking suffering the life” and Leeds’ dramatic failed attempt to sign Daniel James from Swansea in Leeds United: Take Us Home, even seeing James hold the famous white shirt in the behind-the-scenes footage.

All caught by the camera and revealing truly spectacular insight into the wonderful world of football. Insight we could only have dreamt about a season ago.

And it’s not just the big boys getting in on the act. Now newly-formed 10th-tier side Bury AFC have their very own documentary, BBC's ‘Bury: Bringing Football Back’, which followed the club for 12 months from the moment Bury FC were kicked out of the Football League, to the day the new club took to the turf for the very first time.

This is nothing like what we have seen before. We get to see all of the major decisions behind creating a football club, from appointing the very first manager to deciding what colour kit to play in. Forget Manchester City, this is true grassroots football and the people behind it are some of the most inspiring in sport.

One of those is chairman and local businessman, Chris Murray. With the cameras following him through the key moments during the year, he soon got to grips with becoming a reality star!

“I was entirely myself, I just had to tone down my swearing!” he tells The Sportsman.

“In fact, it was only the week before that I found out I was the main character! A couple of my mates sent me messages saying, ‘You’ll be on ‘I’m a Celebrity’ next year!’” 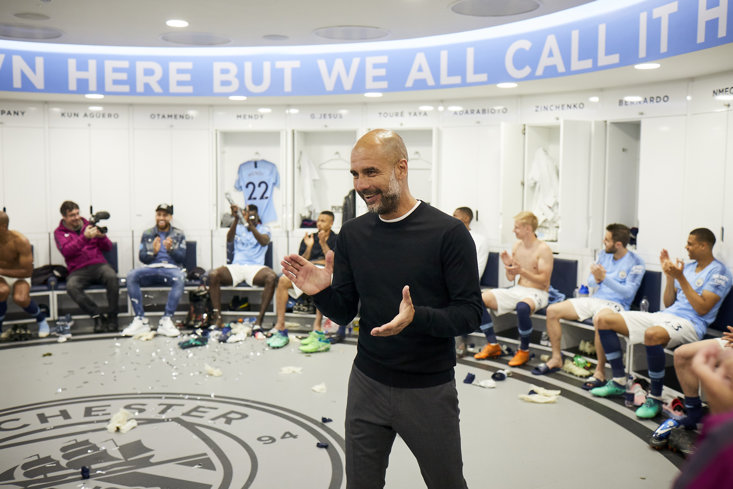 GUARDIOLA IN 'ALL OR NOTHING: MANCHESTER CITY'

“I was walking the dog on Sunday, had my earphones in and was listening to music and having a bit of me time and a woman stopped me in the street as I’d just been walking around. She says ‘I saw you on BBC!’ I was like ‘Alright, hi, cheers’ - I wasn’t sure what to say!

“I’ll be perfectly honest,” he laughs. “I didn’t even realise that they were going to be focusing on me, Adam and John. My understanding was they were looking at the foundation of the club being built. When I read the synopsis of it it came up saying ‘Chris Murray and friends’ I was like ‘Oh dear, this could be about me!’ I was a little taken aback and shocked by it, but the response to it has been brilliant, everybody has spoken highly of it which has been great.”

It hasn’t just been the Bury-based businessman’s personal profile that has risen dramatically since the documentary was released last week, it has also been a major boost to his newly-formed club’s coffers.

“Since last Thursday when it came out, an additional 300 members have signed up and we have had more shirt sales and people clambering for tickets to games and everything. The actual exposure it has given us has been really good.”

With memberships priced at £60 per year for the phoenix side, this documentary has earnt the club £18,000 since its broadcast, and interest in the club is at an all-time high. Twelve months on from Bury FC being expelled from the Football League under the chaotic and reckless ownership of Steve Dale, things are finally looking up for football fans in Bury. 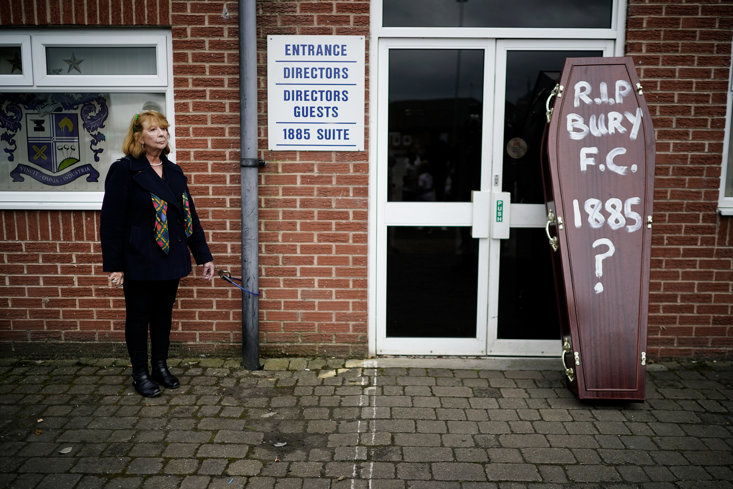 BURY FC WERE EXPELLED FROM THE EFL IN AUGUST 2019

With two wins out of three so far this season, it has been a promising start for fans of the new club. It is a long way from the League One football they were forced to leave behind, but it seems the community are finally enjoying their football again.

“As a fanbase, we have lost our football club and all that I've ever wanted to do is bring smiles back to the faces of people in Bury.” And thanks to the power of TV a wider audience have been able to share in that joy too.