Football
Features
Tommy Docherty was one of the biggest characters in football when he took charge at Old Trafford 47 years ago
Matthew Crist
07:01, 22 Dec 2019

Tommy Docherty oversaw Manchester United’s relegation to the second tier of English football for the first time in almost 40 years, yet his enthusiasm and razor sharp wit, combined with a passion for fast, free-flowing and attacking football, means he remains one of the most popular managers in the club’s history.

Taking over from the somewhat dour Frank O’Farrell, he saved United from relegation in his first season, took the club into the Second Division the next, secured promotion in emphatic style a year later, and was then sacked for having an affair with the physio’s wife just weeks after beating Liverpool in the FA Cup final. No surprise, then, that ‘The Doc’ is regarded as one of the most charismatic football managers of his time.

Following the resignation of Matt Busby in 1969, just a year after United had won the European Cup for the first time in their history, the club turned to the youthful Wilf McGuinness, a former player and Busby Babe whose career had been cut short by injury.

But a failure to command the respect of his peers, many of whom were well past their best, resulted in the 39-year-old being relieved of his duties after just 18 months in charge.

Following the briefest of Busby comebacks it was Leicester manager Frank O’Farrell who would be charged with steadying a badly-listing ship. But despite some early promise the softly spoken Irishman, who later accused Busby of interfering in team affairs, was relieved of his duties in December 1972, paving the way for the arrival of the larger-than-life Docherty.

Tommy Docherty was in many ways born to manage Manchester United; a loud, brash, confident, highly knowledgeable individual who was more than capable of handling the pressures that came with the job and revelled in the spotlight.

The outspoken Scot was a firebrand with a fierce tongue and a wicked sense of humour to match, and he appealed to United’s beleaguered supporters almost immediately when he burst through the doors at Old Trafford on December 22nd. 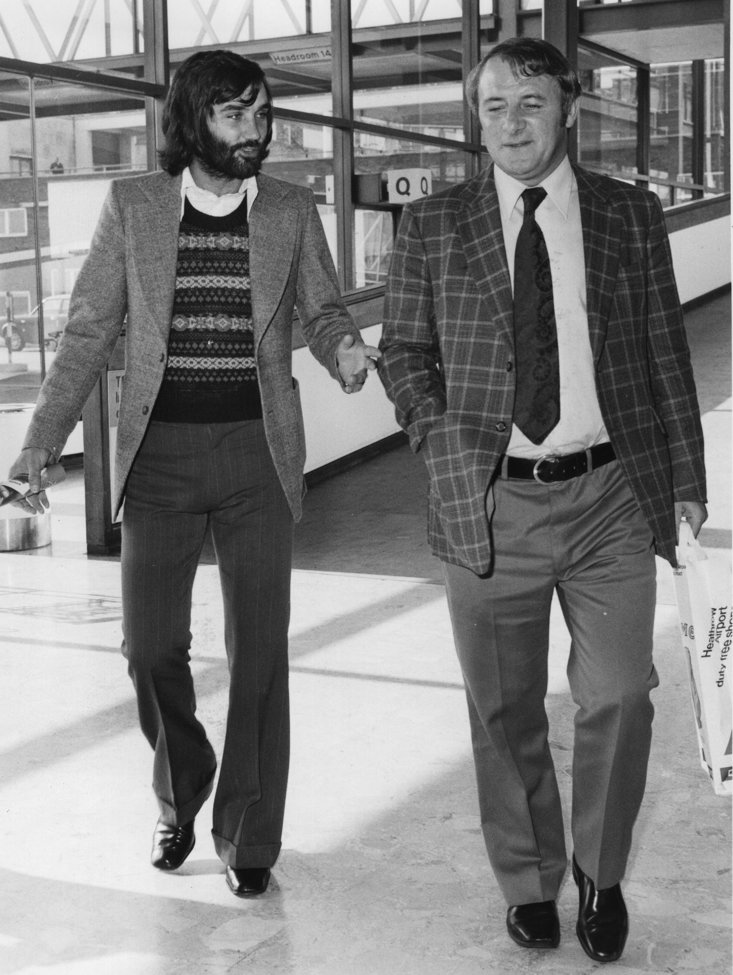 He’d represented Celtic, Preston, Arsenal and Chelsea as a player, and was capped 25 times by Scotland while, as a coach, he had taken charge of Chelsea, QPR and Aston Villa and as the Scotland team manager he was already eyeing the 1974 World Cup with the likes of Kenny Dalglish, Billy Bremner and Jimmy Johnstone at his disposal.

But the opportunity to manage United proved too much for The Doc, and Matt Busby approached him in the boardroom at Selhurst Park following a 5-1 thrashing at the hands of Palace, which proved to be O’Farrell’s final game in charge. Busby said: “The job’s yours if you want it?” and Docherty needed little in the way of persuasion.

He not only took charge of a team second-bottom of the table going into the Christmas period and staring into the abyss, but also inherited a group of players that he considered were coming towards the end of their careers and,in his opinion, lacked ambition.

Something of an instant improvement saw United just about avoid relegation, finishing fifth from bottom on 37 points, though the end of that campaign would see Bobby Charlton and Denis Law depart Old Trafford along with George Best, who would walk away from the club for the final time not long after.

The escape was merely a stay of execution though, and 12 months later the inevitable happened as a miserable season - which saw United win just 10 games and lose 20 - resulted in them being relegated following the final home game of the season against Manchester City. Their former hero Law scored the only goal of the game.

United stormed back into the top-flight after just one season in Division Two, a campaign which saw them blow away most of their opponents with ease while playing some of the most exhilarating and attractive football Old Trafford had seen for years. It is a season still regarded by some Reds as the best they can remember.

Docherty’s cavalier, all-out attack approach saw him utilise the attacking potential of Gordon Hill down one flank and Steve Coppell on the other, combined with the goalscoring threats of Stuart Pearson and Lou Macari. The style became an instant hit and, after the dark days, the fun finally returned to the Old Trafford terraces. 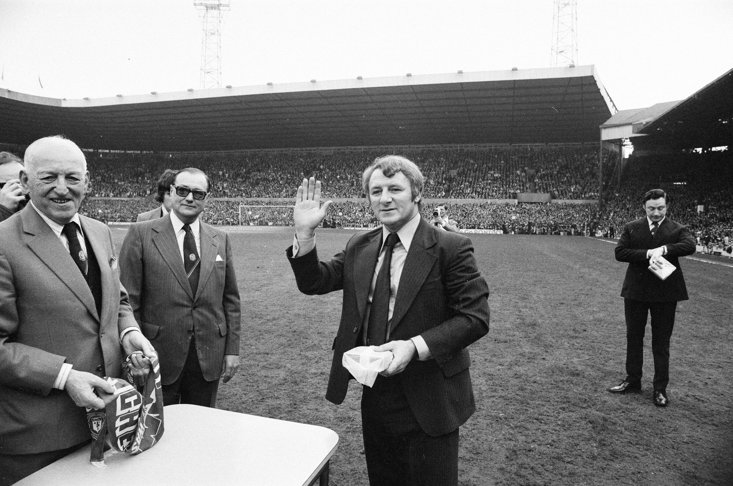 United came sixth in their first season back in the top flight, followed by an impressive third-place finish a year later along with an FA Cup final appearance. As a result the wisecracking Doc was in his element, with the Stretford End lapping up his mouth-watering brand of rock ‘n’ roll football.

The pinnacle of Docherty’s time at Old Trafford came when his exciting young side overcame the all-conquering Liverpool to win the FA Cup at Wembley in 1977, not only the club’s first trophy for almost a decade but also a win which robbed Bob Paisley’s side of the treble that season.

But just two months later the man who had rejuvenated Manchester United and given their long-suffering supporters reason to be cheerful once again would depart the club in a cloud of controversy when news broke that he was having an affair with the wife of United physiotherapist Laurie Brown.

The United board, heavily influenced by the opinions of Sir Matt Busby, terminated Docherty’s contract on the grounds of gross misconduct, and ‘The Doc’ found himself amongst the ranks of the unemployed.

“I must be the only man to lose his job for falling in love,” Docherty would say of his involvement with Mary Brown, the woman he would eventually marry.

His replacement would be Dave Sexton, who introduced a more patient, pragmatic, often dull, style of play, and although another FA Cup final followed in 1979, not to mention a second-place finish the following year, the impetus of his predecessor’s reign had been well and truly lost.

Docherty was a relic of bygone football days, a contemporary of Bill Shankly and Brian Clough who simply would not exist now, in the ever more sensitive, politically-correct climate the game finds itself in.

But for five years in the mid-1970s he was the shot in the arm that an ailing Manchester United and their frustrated supporters needed.

You could say he was just what The Doc ordered.