Us Sports
Features
The legendary coach was a revolutionary on and off the field
Kris Voakes
16:00, 03 Sep 2020

His name adorns American football’s ultimate prize thanks to his outstanding record as a coach with the Green Bay Packers, but Vince Lombardi was also a humanitarian ahead of his time. A five-time champion and tactical innovator but also a promoter of gay rights and torch-bearer for racial equality, Lombardi’s legacy goes far beyond the gridiron.

Fifty years on from his death at the age of just 57 on 3 September 1970, the storied coach could have taught the world of today a thing or two about more than just football. After all, teaching was very much his thing.

Lombardi’s mind was shaped by his early experiences growing up in the USA’s Roaring Twenties as an Italian-American, with all the prejudices that came with such an existence. He once got into a fight at school after a classmate asked him to stand alongside another kid to see who had the darker complexion. The sensitivity to prejudice stuck with him throughout his life, and it would help to make him a revolutionary in the NFL.

Having graduated from Fordham University on a football scholarship but with no real stand-out talent with which to wow scouts, Lombardi ended up having to try his hand as a debt collector before quickly dropping out of the law school that his father had encouraged him to attend. It was when he took up a job as assistant coach at St Cecilia High School in Englewood, New Jersey at the age of 26 that he began to make strides in football, even if the role also demanded that he teach chemistry, physics and Latin as part of a hectic schedule.

He spent eight years at St Cecilia, five of them as coach, leading the football team on a 32-game unbeaten run at one stage, beating many schools with infinitely greater resources. It wasn’t just football he excelled in though. He had never played or coached basketball, but took charge of the school’s basketball team and won the State Championship having read the book of a former coach at Southern Methodist University and adopted it as a manual. It turned out that Lombardi had an innate knack for coaching people, whatever the discipline.

But while his reputation was growing, chances for an Italian-American to shine remained at a premium. Having moved on to the NFL in 1954 to become the New York Giants’ offensive co-ordinator, Lombardi later interviewed for the head coach role at Wake Forest University in North Carolina. But afterwards he received a call from one of the members of the interview panel, who told him: “Vince, you better look around and do something else because I’m convinced they’re not going to hire a coach whose name ends in a vowel.” 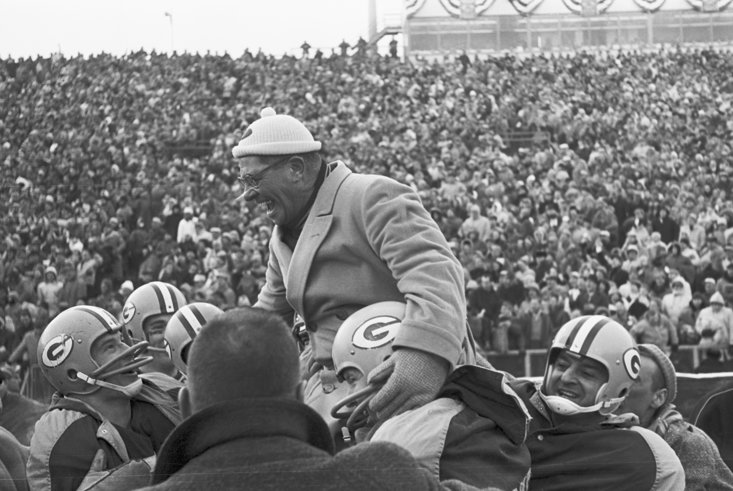 By 1959 the Green Bay Packers were desperate. Having won just one of their 12 games in the previous season – their worst campaign in club history – and with their NFL franchise under threat, the small-town team gave a chance to Lombardi.

Taking over a side in such dire straits that an effigy of owner and president Dominic Olejniczak had been hung up outside the club’s ticket office, Lombardi set about transforming a group of talented individuals into Hall of Fame superstars.

His secret weapon was the 'Power Sweep' move in attack which opponents could never seem to handle, partly because the Packers had been so rigourously drilled on its various mechanics. The pursuit of perfection was evident in its deployment but such insistence on excellence wasn't confined to the playing field. Partly influenced by his own experiences, but also coloured by the struggles he witnessed his homosexual brother Hal go through, Vince was a champion of everybody no matter what their faith, creed or sexual orientation.

In September 1963 he made Dave Robinson the first black linebacker in Packers history, and then made a revolutionary step for Robinson's room-mate Lionel Aldridge. The defensive end had become engaged to a white fiancée but neither of them felt able to tell anybody due to the threat of Aldridge being ‘blackballed’ as had happened to previous black players wishing to marry interracially.

Lombardi, having heard rumours that Aldridge was fraternising with a white woman, called the player in. Upon hearing of Aldridge's quandary, Lombardi told him: “I don’t care who you marry as long as you play good football and keep your nose clean.” When NFL commissioner Pete Rozelle heard of the episode and confronted Lombardi, the Packers coach told him: “This is my team. You can’t tell me what to do with my team. They can do what they want so long as it’s OK by me.” 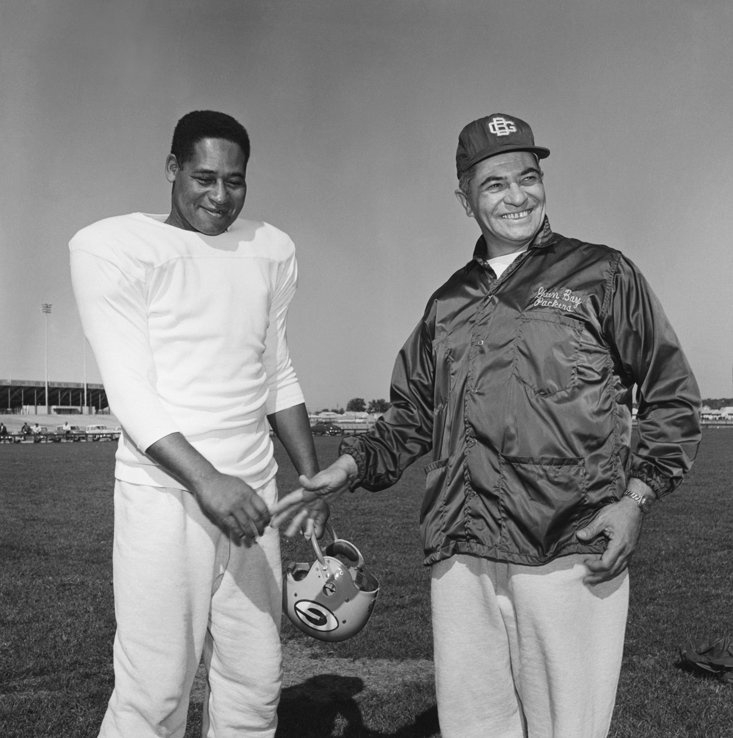 It was typical of Lombardi’s rule of having “nothing but acceptance” in his locker room and beyond. He warned business owners in Green Bay that if any black players were turned away from restaurants and bars then those establishments would never again by used by anyone from the Packers organisation.

After winning five NFL championships in seven years and the first two Super Bowls in NFL history, Lombardi took a step back from the Packers and went on to become the coach of the Washington Redskins, where he was informed that up to five members of his staff, including Jerry Smith and at least two other players, were gay. He told Smith what he told the rest, that sexuality didn’t matter one jot to him. He also warned his entire squad of players that anyone challenging the manhood of any of their gay team-mates would be fired immediately. It was largely down to Lombardi's influence that Redskins running back Dave Kopay would become the first NFL player to publicly come out as gay. 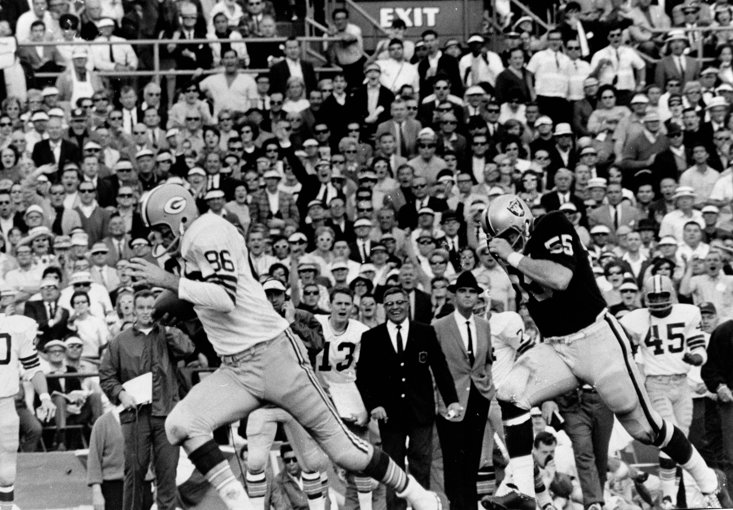 Lombardi truly was one of a kind. Ex-Packers offensive lineman and Hall of Famer Jerry Kramer told the NFL Network of his former coach: “He taught us a lot more about life than he did about football. He used football to teach life.”

Lombardi was inducted into the Pro Football Hall of Fame in 1971, with 13 of his Packers players since having followed in receiving the honour, while the Super Bowl trophy was renamed the Vince Lombardi Trophy shortly after the great man’s death in 1970.

Fifty years on, in a country and a world still struggling with its relationship with injustices, Lombardi can be considered as nothing other than a visionary. His legacy – in life as in football – is as relevant today as it ever was.