Snooker
Features
Remembering the times 'The Rocket' kept us entertained away from the table
Jack Porter
11:00, 20 Apr 2021

As Ronnie O'Sullivan is currently looking to defend his Betfred World Snooker Championship at the Crucible in Sheffield, we thought we'd look back at the times 'the Rocket' entertained us away from the table. Here are our favourite moments from the legendary cueman across his career so far....

When Ronnie Refused To Complete A 147

Ronnie O'Sullivan collects 147s like other people collect stamps. However, he could have bagged a whole lot more had it not been for his disdain for the meagre rewards that he perceives to come with the feat.

In February 2016, Ronnie O'Sullivan refused to complete a 147 at the Welsh Open after discovering his prize would have been 'only' £10,000. O'Sullivan was leading Barry Pinches 3-1 and had scored just 40 in the fifth frame when he asked the referee what he would win were he to score 147. When informed of the ‘paltry’ 10k, he continued the red-black sequence until he snidely chose to pot the pink after the penultimate red, becoming a real b*stard on the ball. O'Sullivan then cleared the rest of the table for a break of 146, a single point off the formerly obtainable maximum. 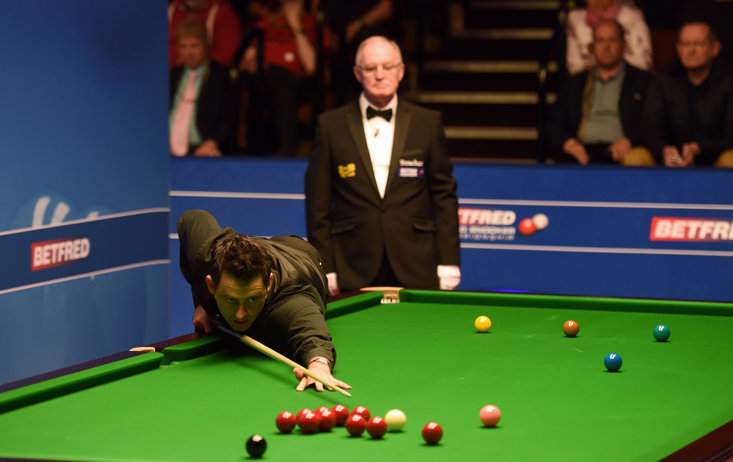 “I could have got on the black and possibly made a 147,” was his flippant, devil-may-care response.

"I knew it was 10 grand and I just thought that's a bit too cheap really. To make a maxi, it's such a massive achievement and if they're going to pay us 10 grand, I think it's worth a bit more than that.

One year later he was up to his old tricks again but this time the referee stepped him, spoke to his sensitive side and implored him to clear up the final colour “for the fans”. Ronnie duly did.

When Ronnie Tried His Hand At Pig Farming

O’Sullivan’s disdain for the game which made his name has perpetually reared its head. One such incident, saw Ronnie turn his back on the snooker to rear pigs instead. Fed up with the bureaucracy of the sport he has perfected better than any other, the then world champion swapped the Crucible for cows and bulls, taking on unpaid labourer work down on a farm in Essex in 2013.

"The farm has got sheep, pigs, cows, goats, chickens, horses and I've been getting the green wellies on," he told the press at the time of his decision, “"I've been cleaning out stables and pig sties, taking down fences, putting rubbish into barrels and clearing mud.

"It has been mainly manual work, also getting big bales of hay in to feed the animals. I was getting so bored I had to do something, and needed a goal to get out of bed in the morning.

"I didn't want stress, as that was what made me pull out of snooker, so I decided to go and do something unpaid.

"I get there about 8am, do my three or four-mile run first because it is right in the forest, then come back and do about six hours’ work.

"It has been kind of the opposite to what I was going through in snooker and I am really enjoying it." 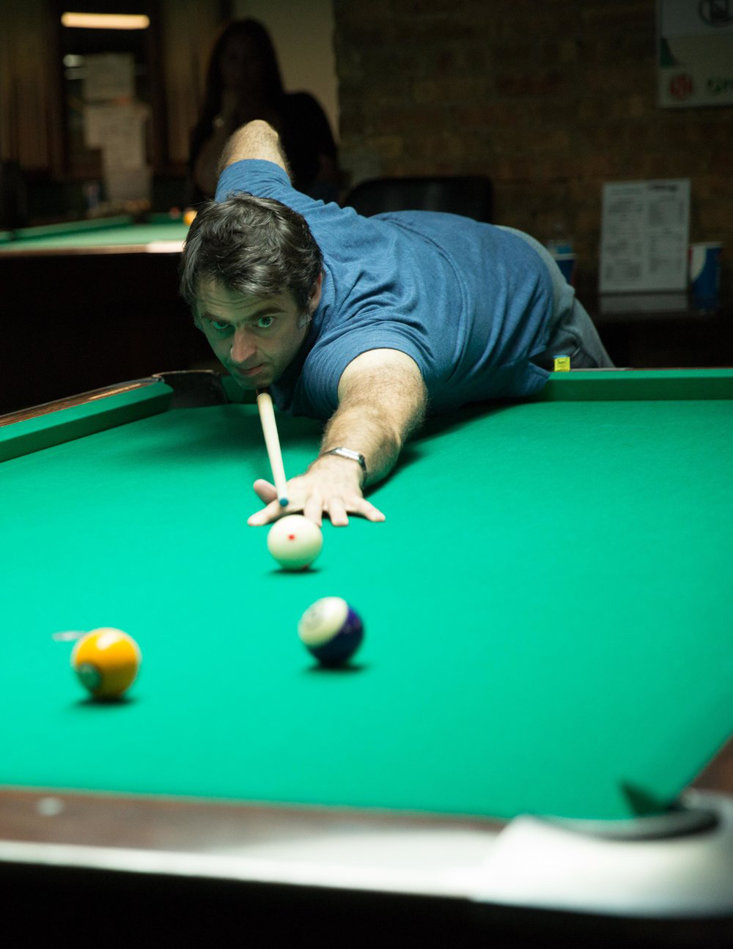 O'Sullivan and his chief chum sports broadcaster Matt Smith went west to go undercover in a History Channel exclusive series. With snooker far, far from being the biggest sport in the States, O’Sullivan could ‘hustle’ almost anonymously, investigating America’s 300 year love affair with snooker’s sister; the game of pool.

The duo’s job was to ‘hunt down America’s most notorious pool hustlers while meeting a few characters along the way’ and then attempt to target local pool shark legends in the hope ‘they can beat them at their own game, in their own backyard’, providing an entertaining adventure that showed the world-beater both in and out of his comfort zone. Though for Brits there might be the continuous collective cringe at the mispronunciation ‘snucker’ and bewildered Yanks wondering who ‘Johnny O’Sullivan’ actually is, the viewer is taken around both the infamous and unheralded, dark, dingy pool halls of the States, watching Ronnie face off against greats of the game like Earl ‘The Pearl’ Strickland (“I’m one of the greatest athletes that’s ever been born!”),  ‘The Scorpion’, and ‘The Black Widow’ who literally ‘breaks balls for a living’.

When Ronnie Tried VR For The First Time

Snooker didn’t translate quite as well as he’d hope outside of The Matrix. In 2016, O’Sullivan was given the opportunity to leap into the future, getting all equipped up with HTC Vive’s virtual reality mask to play the game he’s been practicing since the age of seven. Well, who else better to test the tech? Unfortunately, it was a tough task for the snooker stud, who failed to get to the grips with the concept that ‘there was no table’, and promptly fell over.