It was in the knackered old surroundings of Oxford United’s ramshackle Manor Ground stadium that English football was changed forever on November 8th, 1986.

Manchester United went down to a 2-0 defeat in Alex Ferguson’s opening game in charge but it was the first step on a road which would lead to the Scot revolutionising the sport.

His new side were in the bottom four of the First Division when he replaced Ron Atkinson in the United dugout, with the brash former boss having been ousted after recording just three wins in the opening 13 games of the league season.

While nobody who was present that day could have foreseen the transformation which was about to take place at one of the world’s most famous football clubs, the appointment proved to be one of the most important in football history.

But it wasn’t an overnight success as the man who had broken the Old Firm duopoly north of the border with Aberdeen set about changing the face of a club which had been in the shadows of some of their biggest rivals for the past two decades.

Here’s how he did it.

When Ferguson arrived at Old Trafford he inherited a team of talented players but many of them had a reputation for liking a drink, often heading to the pub straight from training for legendary midweek boozing sessions.

Aware of the fact that they were able to perform off the pitch as well as on it, Ferguson immediately enforced a number of strict rules when it came to socialising.

Although United and England skipper Bryan Robson – who was known for his ability to put away the pints – heeded his warnings, a number of others didn’t and some of the worst offenders, such as Norman Whiteside, Paul McGrath and Gordon Strachan, were shipped out not long after Fergie’s arrival.

The 1986 version of United were a shadow of their former selves, and they hadn’t been crowned champions of England since the days of Best, Busby and the Beatles back in 1967. To make things worse, the best two sides in the land were Merseyside rivals Liverpool and Everton.

Fergie set about instilling a belief at the club that his side could go toe-to-toe with the very best and almost immediately waged war on Kenny Dalglish’s all-conquering Liverpool.

And when he was questioned about the biggest test he’d faced as manager at Old Trafford to date in an interview with the Guardian back in 2002 his response was: “My greatest challenge was knocking Liverpool right off their f**king perch. And you can print that.”

Liverpool had won 16 league titles to United’s seven when Ferguson first arrived in the English game. He retired with the Red Devils on 20 and Liverpool 18, the ‘perch’ firmly repopulated. 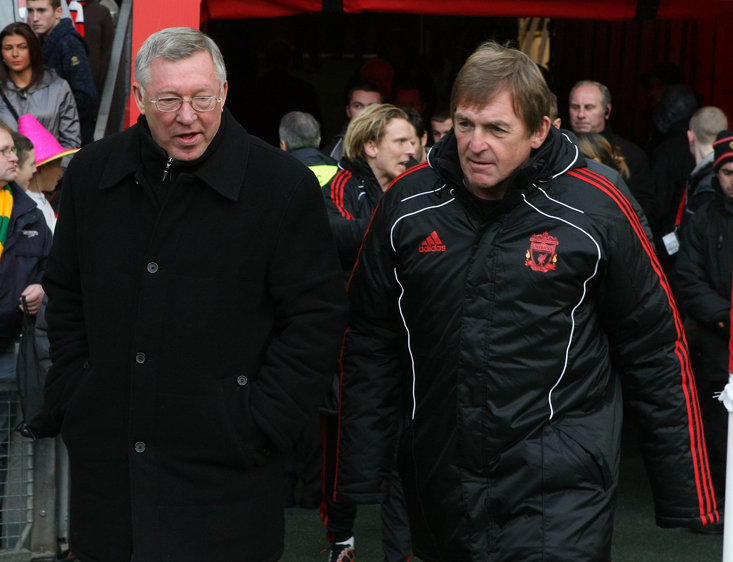 Putting his faith in youth

For much of the 1970s and ‘80s United had sought to buy the greatest talent on the market as they tried to end their long wait for a league title. It was a policy which had seen the likes of Bryan Robson, Garry Birtles, Frank Stapleton, Peter Davenport and Neil Webb arrive at the club with varying degrees of success.

But, conscious of United’s past and the club’s strong belief in giving youth a chance, as they did with the famous Busby Babes in the mid-1950s, the Scot once more looked to strengthen the club’s scouting and coaching policy.

Young prospects such as Lee Martin and Mark Robins would be the first of ‘Fergie’s Fledglings’ to come through the ranks, and would play a key part in the club’s 1990 FA Cup win. But it was the famous ‘Class of ‘92’ who would play the biggest role in helping the manager reshape United as a giant force. Waging war with everyone

Ferguson’s ‘Us v Them’ mentality didn’t begin when he came south of the border to manage Manchester United, it was a trait he’d adopted when he led his Aberdeen side to three Scottish League titles, four Scottish Cups and a European Cup Winners’ Cup victory between 1978 and 1986 as he took the battle to the more established clubs at the time.

It was a mindset which he’d used on numerous occasions in order to galvanise his own side while making those around him feel that everyone else was out to get them. And it worked a treat when he was faced with turning around United’s fortunes.

Whether it was referees, rival fans, league officials or opposing players, Ferguson would never shirk the opportunity to make his players believe the world was out to get them as he tried to gain any advantage he could, an approach which served United pretty well during his 26 years in charge. 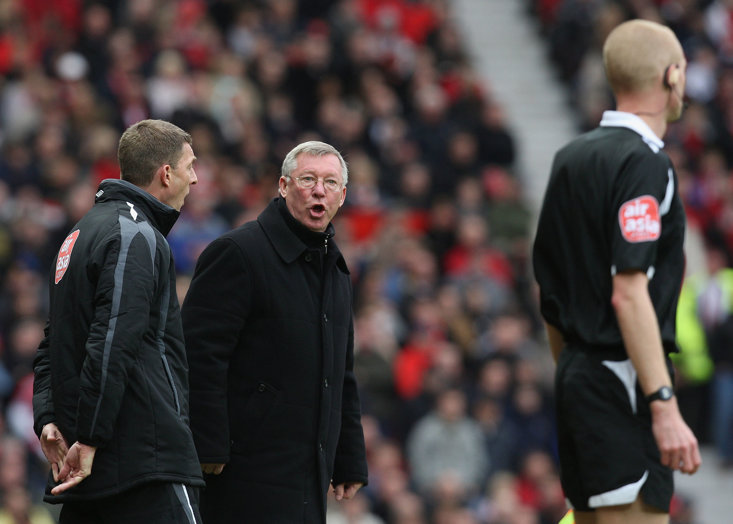 Knowing when to say goodbye

One of Alex Ferguson’s biggest strengths was his ability to spot talent that few other managers could appreciate as he brought in some of the finest players in the game, but what he was also brilliant at was knowing when to let them move on.

During the summer of 1995 United fans were stunned when the club allowed players such as Andrei Kanchelskis, Mark Hughes and Paul Ince to leave the club without any obvious replacements, but Ferguson knew the ability of his youth players and that they would be more than capable of filling the shoes of their better-known and slightly past-it predecessors.

And down the years his knack of getting the best out of household names such as David Beckham, Roy Keane, Peter Schmeichel and Jaap Stam and replacing them with newer, fresher and hungrier faces before they became a liability was the key to building several generations of winning teams. 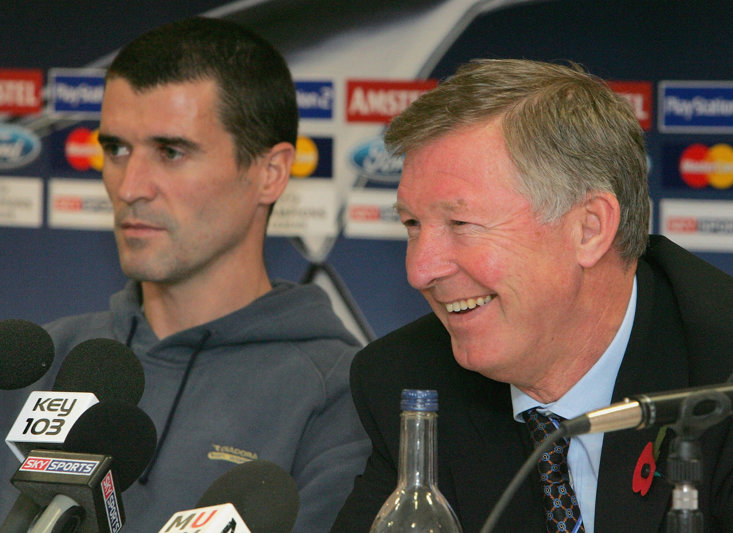