Football
Features
These are the football clubs who have produced blockbuster results on the pitch
Jack Porter
16:00, 15 Sep 2020

Winning provides happiness. Losing provides wisdom. In football, it takes two sides to create history, those who conquer, and those who are defeated. The great teams are remembered, but so too should be the minnows who were mauled, or the sacrificial lambs taken out to slaughter. It was arguably as much Southampton’s defining result as Leicester City’s, after the Foxes’ 9-0 win at St Mary’s in 2019. So too could a swashbuckling Swansea City side not have torn up the record books without a little help from oft-forgotten Maltese outside Sliema Wanderers.

On September 15, 1982, with a 12-0 result, the swish Swans not only recorded the biggest victory in their history, but also by a Welsh club in a European competition. Legendary player-manager John Toshack was at the helm of such stars including Leighton James and Jeremy - nephew of John - Charles, as Swansea defeated the Maltese Pigeons by the mammoth result in the European Cup Winners' Cup game. Eight different Swansea players got on the scoresheet. Substitute Ian Walsh even bagged an 11-minute hat-trick. Ignoring pleas of ‘stop, stop they’re already dead’, Swans hadn’t finished slaughtering Sliema and produced a 5-0 return leg win in Valletta for a 17-0 aggregate scoreline. Swansea proceeded to the second round of the competition and joined these following sides’ illustrious ranks of producing blockbuster, ball-breaking results.

Anyone who has watched the brilliant documentary ‘Next Goal Wins’ will have felt their heart bleed for the plucky Pacific nation of American Samoa. The country is roughly the size of New Zealand, but only 76.1 square miles, 0.1% of the territory, is actually dry land. 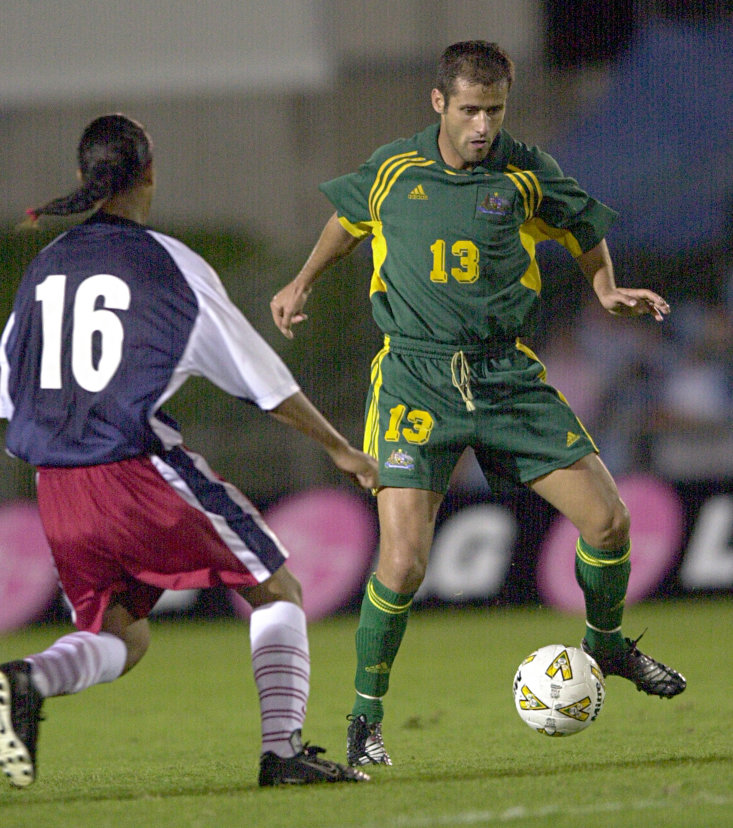 When they came up against Australia in this infamous 2001 World Cup qualifier, one opposition player scored almost twice as many goals as A.S has islands, with semi-pro footballer Archie Thompson, then of the Marconi Stallions, slotting in 13 goals to tie a world record. Though the result could have been humiliating, for a nation of just 60,000, it actually put them on the footballing map.

And wipe that smug grin off your face, Australia: the Socceroos ultimately failed to make the trip to South Korea & Japan after losing to Uruguay in a playoff.

Ernesto Valverde’s last managerial job saw him ignominiously, embarrassingly, booted out of the Barcelona back door, with the Blaugrana top of La Liga and on the back of a double-winning season. That 18/19 league and Copa del Rey triumph-come-sacking wasn’t the only lowlight of the Spaniard’s coaching career, however. Exactly a decade prior, Valverde had been appointed on a one-year contract to succeed Manuel Pellegrini at Villarreal and began his reign with The Yellow Submarine with an eye-popping 27-0 win, with Navata at their mercy.

In a result that screamed anything but ‘friendly’ Valverde played a different 11 in each half, with striker Jonathan Pereira recording seven goals in the encounter, while fellow forwards Joseba Llorente and Ruben Marcos each scored an additional four apiece. It wasn’t the beginning of a beautiful relationship between gaffer and club however, Valverde was given the chop just six months later! The man’s got form.

El Clásico is arguably the biggest single regular event on the club football calendar. There have been almost 280 meetings between the behemoths of Real Madrid and Barcelona in an 120-year history, with a plethora of memorable matches. The biggest result however for either of the two sides against the other came all the way back in the middle of World War II. On 13 June 1943, Real Madrid demolished Barcelona by 11–1 at home in the second leg of a semi-final of the Copa del Rey, or the Copa del Generalísimo as it was known because of Franco. It was, unsurprisingly, because of the Spanish dictator that Barca had to endure such a routing.

In the first leg of the tie, Barcelona’s Les Corts Catalan crowd had taken the Real Madrid contingent apart, accompanying Barca’s brilliant 3-0 result with whistling and booing Los Blancos everything time they touched the ball. This however provoked the ire of the fascist regime. Barcelona fans were banned from the capital and the players who journeyed to the Estadio Chamartín were calmly threatened with their and their families’ lives.

With their performance statuesque, Real Madrid proceeded to strike those 11 goals into the Barcelona net, each a chilling reminder of the cruelty of the regime and the fate that awaited those who oppressed it.

Sport loves a David versus Goliath battle. But not when Goliath decides to adhere to the odds, produce the victory, and virtually wedgie poor David. 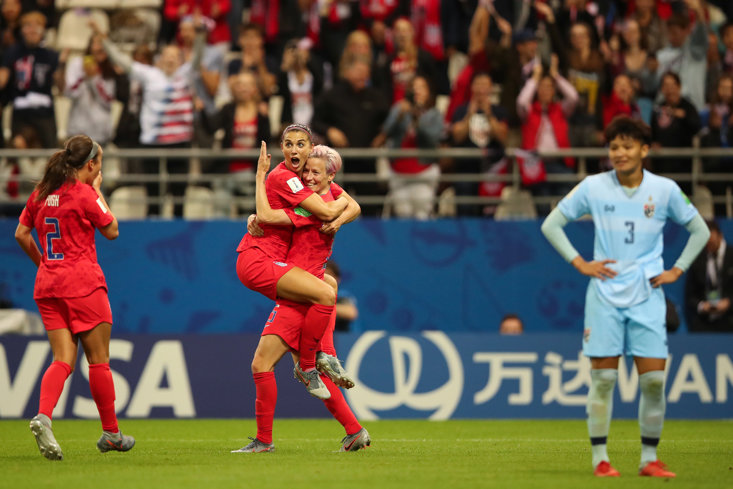 The USA were of course eventual champions of the 2019 World Cup in France, with all credit valid to such brilliant players as Megan Rapinoe and Alex Morgan. But the Stars and Stripes found their detractors for going a bit overboard by whipping Thailand in their opening group game in Reims, in a 13-0 result that re-asserted the US’ favourites status, and virtually tied up the Golden Boot race from Day One.

Morgan scored five times for the United States with two goals apiece for Rose Lavelle and Samantha Mewis, while Lindsey Horan, Megan Rapinoe, Mallory Pugh and Carli Lloyd also got on the scoresheet, to greatest the biggest victory in the competition’s history.