Boxing
Features
The Battle of Britain was a brutal and controversial affair
Jack Porter
16:00, 01 Oct 2020

It was dubbed the Battle of Britain. The WBC World Championship was on the line. But more than that it was a matter of pride, nationality, and the nation.

It was 1 October 1993, and the first time in sports history that two British-born boxers had met for the world heavyweight title. Two London lads who were each adamant they were oceans apart from one another. Well, one particular ocean. Lennox Lewis, the younger belt-wearer, born in the east of the capital, aged 28, standing six feet four and three quarters, with 23 fights under his belt, and possessing a reach of 82”. Four years older in the opposite corner, the inimitable Frank Bruno, approaching his 32nd birthday and the marginally shorter man at six feet three, but half a stone heavier and with a greater reach of 83”, and a veteran of 39 fights.

It would be a fight based on real animosity and verbal viciousness, with identity called into question, which translated into a ring battle for the ages at Cardiff Arms Park.

The sparring on the press trail brought out Bruno’s more overt Britishness, and the pugilist used it as a stick to beat the more multicultural and less distinct, less identifiable, globetrotting Lewis. Bruno was the dyed-in-the-wool Londoner, raised in Hammersmith to a Jamaican mother and a Dominican father. Lewis on the other hand was the hard-to-pin-down anomaly. An East Londoner by birth, he had moved to Canada at the age of 12, represented them at two Olympic Games, including in 1988 as the actual flag bearer for Canada at the closing ceremony.

“I'm a little bit dark, but I was born in Hammersmith,” Bruno had told a Manhattan press conference. He had later turned to his opponent, saying, “I’m going to hit you upside your head so hard, you won’t even know if you’re Canadian, Jamaica, Los Angeles, or what.” Bruno thrived off the nationality-goading, describing Lewis as "... not British,” adding, "Nobody cares about Lennox Lewis in Britain." 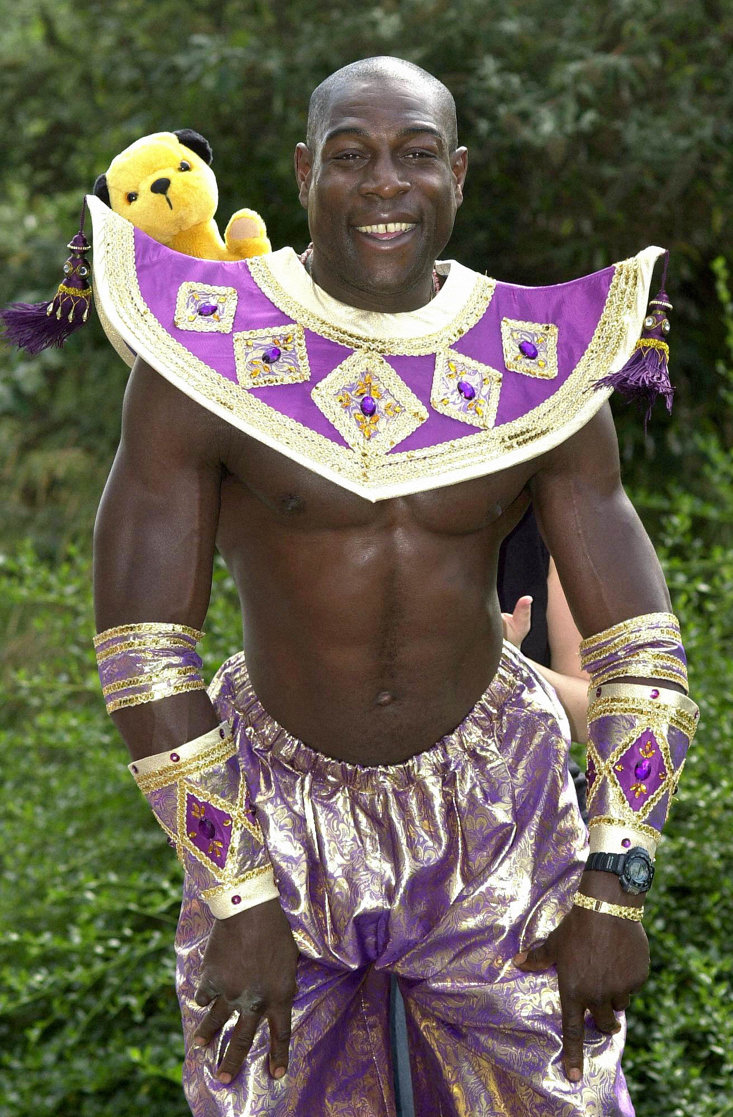 Lewis was the reigning WBC heavyweight champion, fighting the second defence of his belt after beating Tony Tucker by a unanimous decision that May. Bruno was fighting in his third world title bout, having lost his two previous fights against 'Terrible' Tim Witherspoon and a peak ‘Iron’ Mike Tyson. Ahead of the British bout, the man on the street was divided. Though the favourite, Lewis hadn’t faced a hard-hitter like Bruno, the certifiable ‘people’s champion’.

Bruno was 36-3 and had beaten American boxer Carl ‘The Truth’ Williams by TKO only five months earlier, while Lewis was undefeated at 23-0. Bruno was undoubtedly the more endearing pugilist to Lewis’ more alien presence. The older man had finished second in the 1989 BBC Sports Personality of the Year Awards, and had become a fixture on England’s beloved pantomime circuit, playing Robin Hood and the Genie in Aladdin, and made regular TV appearances from as varied as The Little and Large Show to the Roland Rat series (extra-curricular activities that Lewis used to attack Bruno with. “He makes a fool of himself, dressing up in girls' clothing on television," he would state).

The decision to hold the fight in south Wales had irked Bruno’s team. Mickey Duff, Bruno's manager who called himself the fighter’s ‘personal promoter’, told the New York Times the fight would be “lost in obscurity” in Cardiff. “They know London fans would go ga-ga over Frank,” Duff said about the Lewis contingent. “Frank Bruno is really the hometown fighter. That's why they didn't want it in London.”

Wales would act as a virtual DMZ, but the overall British battleground would be firmly in boxing’s beady eyeline. This week in ‘93 was a key period that was scheduled to showcase a thick vein of British boxing pedigree. Just a week later Nigel Benn and Chris Eubank would be having a reunion. On the Lewis/Bruno undercard was a young Italian Dragon, with Joe Calzaghe signed up to make his professional debut at Cardiff Arms Park (he would halt 23-fight veteran Paul Hanlon in one round). 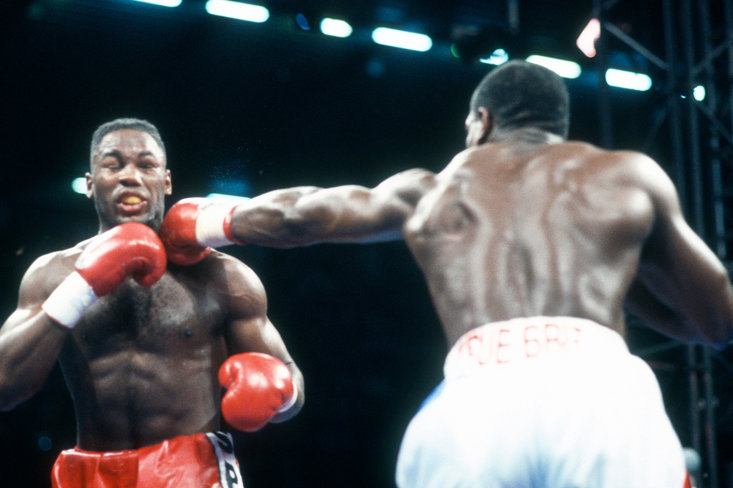 Bruno entered the ring with his team waving the Union Jack high above his head, amid fantastic theatre and fireworks, his robe emblazoned in the red, white and blue, while his shorts were even stitched with the slogan: ‘The Real Brit’.

To cater for the US market and to satisfy the five-hour time difference, the fight didn’t start until 1am in Cardiff, meaning HBO could televise the bout at 8pm New York time.

After weeks of cruel barbs thrown over the parapets, the two men went at it. To use a tired cliché, neither fighter pulled his punches, going at it with great ferocity and barbarity, roared on by the 26,000 strong crowd. Lewis took the first round, but Bruno appeared nonplussed, continuing on the attack through the second and third rounds, leading Lewis to occasionally beat a retreat. The action didn’t let up.

Boxing was substituted for battering. Slugs and right hooks sprayed with the intention of inflicting as much pain as possible, in round after round. Bruno made up for the opening round disappointment to pull the judges back in his favour. The bell rang for the seventh round, and it was business as usual. Bruno’s traction-engine like arms attempting to decimate the younger Lewis. But then came the table-turning, and one humongous swing decimated Bruno’s chin. For those in attendance, with that one blow, it was done. Bruno was the one now up against the ropes, clearly concussed. Lewis became relentless and even propped up his nemesis’ sagging skull to aim a shot.

The fight was mercifully called off by referee Mickey Vann and Lewis was declared the victor, with a verdict of technical knockout. Bruno could take great pride in the fact that he hadn’t tasted canvas and been one half of one of the most memorable bouts in Britain’s proud boxing history.

“I think there was too much pride up there, and both boys forgot their boxing,” promoter Frank Maloney said afterwards. “That was a real war up there. That was savage.”

Two British heavyweights of very different styles, very different identities, went toe-to-toe and the rest of the world watched on in awe. Unforgettable.