Sports
Features
One of Team GB's Olympic stars is likely to scoop another award in December
Simon Lillicrap
16:01, 04 Aug 2021

In every Olympic year since the turn of the Millennium, the winner of Sports Personality of the Year has been a gold medalist at the Games. From Sir Steve Redgrave in 2000 through to Sir Andy Murray in 2016, it seems success at the Olympics could make you a shoo-in for the BBC’s annual award.

So who is in line to pick up the 2021 gong in December? We assess the top four contenders.

The current favourite to win the award for the first time is Tom Daley. The British diver finally ended his 13-year wait for an Olympic gold medal when he won the synchronised 10m platform event alongside Matty Lee. He has been in the public eye since he burst onto the scene as a 14-year-old at the Beijing Games in 2008, but has achieved his ultimate goal in 2021 having won two bronze medals in previous years.

He has also captured the imagination of the nation given what he has been through over the last decade. The death of his father Robert hit him hard, while he also had to deal with the stresses of coming out as gay and becoming an LGBTQ+ role model. He is truly an inspiration, and now he has the sporting success to match, with another gold medal up for grabs on Saturday. If he doubles up with the individual 10m platform, we might as well hand him the SPOTY award now.

The only female on this list, Laura Kenny has a great chance at winning this award after bagging a silver medal already in Tokyo. The four-time Olympic champion faces a critical few days as she plans to race in the women’s Madison final on Friday and the women’s omnium final on Sunday, with the latter being an event she has won at the last two Games. 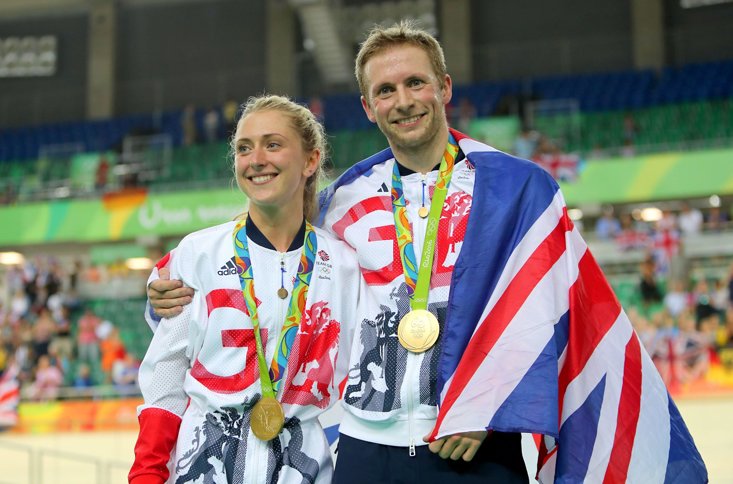 Given she became a mother just two years ago, she is another inspirational and relatable Olympian who could well put herself in contention with a gold medal over the next few days, but what about her husband?

The other half of the Kenny couple also celebrated an Olympic silver medal in Tokyo as Jason became the most successful British Olympian of all time. That silver was his eighth of all time, which takes him level with Sir Bradley Wiggins, but he boasts six golds to Wiggins’ five.

He is also still on track to defend his Olympic sprint title while he will go for a medal in the men’s Kierin this weekend. Two more golds could see the pendulum swing his way, but what a sporting family he and Laura have!

No athlete has dominated their discipline in the last eight years quite like Adam Peaty. His gold medal in the 100m breaststroke seemed a mere formality given his quality but that does not undermine his remarkable achievement. He added another gold in the 4x100m mixed medley relay and secured a silver in the men’s medley relay.

Three medals is a sensational haul for one of Britain’s global superstars, but he should also be praised for talking openly about his struggles with mental health. After the end of his participation in the Games he announced that he is taking a break to focus on himself and his family, having become a father for the first time last year.