The Olympic Games are going to look a little different this year, and Team GB are starting as they mean to go on by naming two flag bearers out in Tokyo.

In recent years the likes of Lizzy Arnold, Chris Hoy and Andy Murray have been given the honour, but two of our Olympic heroes have been asked to share the responsibility this summer.

Sailor Hannah Mills becomes just the fourth woman to carry the British flag at the summer tournament, while Mohamed Sbihi will be following in the footsteps of rowing legends Steve Redgrave and Matthew Pinsent.

On the face of it, the two proud Olympians may appear to be lesser known to the wider public, but a quick dig into their credentials immediately proves just how much the pair deserve this honour.

Let’s take a look into the careers of Team GB’s most recent flag bearers.

Mills followed up her London 2012 sailing silver medal with gold in Rio four years later and will be desperate to justify her flag bearer status by defending her 470 title in Japan.

The Welsh athlete becomes the first female sailor to carry the Team GB flag during the opening ceremony, and has described it as “the greatest honour of my career”.

Her rise to the top has been far from plain sailing (pun very much intended). In fact, while out in Brazil training for the 2016 Games, Mills and her crew member Saskia Clark were robbed at knifepoint. It was absolutely fitting to see the pair sail to glory that summer, and Mills is joined by new team-mate Eilidh McIntyre as they bid to defend the title.

The 33-year-old is no stranger to gold medals having reigned supreme at the 2006 World Championships at just 18, and then again in Barcelona in 2012 before completing the hat-trick in Enoshina in 2019.

Despite her years of success, the South Glamorgan star admits that the emotions got the better of her when she was asked to be a flag bearer.

“It was completely overwhelming and when I had a moment to think about what it meant I got pretty emotional,” she beamed. “It is the greatest honour in my career and I hope more than ever before that this Games can lift our country and deliver some incredible sporting moments to inspire the nation.” 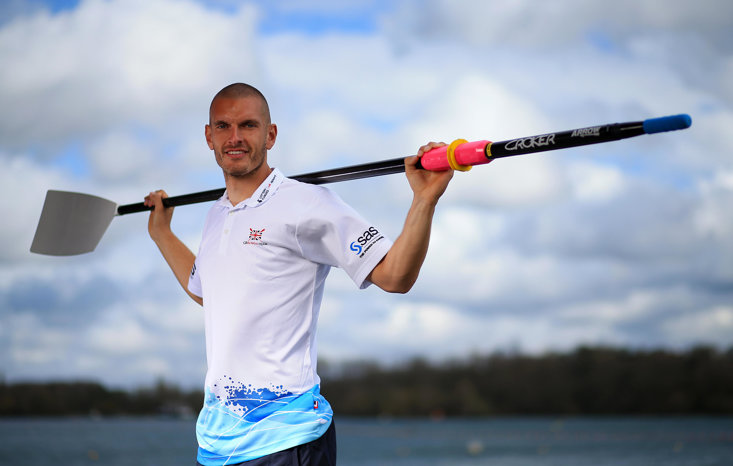 Sharing the privilege with Mills is 6”8 rowing powerhouse Sbihi, and there are glaring similarities between the pair that make them the perfect selection.

Both are 33, and both improved on previous Olympic performances to win gold medals last time out. Sbihi was part of the Team GB rowing crew that won bronze in London nine years ago in the eight competition, before improving to win gold in the coxless four in Rio five years on.

That Brazil success continued a proud tradition for Team GB in winning coxless four gold in each of the five Olympic Games since 2000.

Can they make it six of the best? It would take a brave punter to bet against them.

The similarities with Mills continue in that Sbihi is also a three-time world champion, enjoying success in three consecutive years in Chungju, Amsterdam and Aiguebelette-le-Lac between 2013 and 2015.

Previous hectic Olympic schedules mean that this will be Sbihi’s first appearance at an opening ceremony, and he admits that being asked has completed his “Olympic puzzle”.

"It is an iconic moment within the Olympic movement,” he added. “It will be really special and will complete my Olympic puzzle. I've won a medal, been to the closing ceremony but now to actually turn up at an opening ceremony and be at the head of the team alongside Hannah, it will be a lifetime memory that I will never forget.”