Cardiff City gave a fine account of themselves in the Premier League last term, but they were still unable to avoid an immediate return to the Championship. Fulham, promoted alongside them, also went down after a somewhat more ignominious single-season stay in the top tier.

The year before that, though, all three promoted teams retained their Premier League status. Newcastle United, Huddersfield Town and Brighton and Hove Albion finished on the right side of the dreaded dotted line in 2017/18, and there is reason to believe the same could happen again this time around.

On the face of it, that looks like a tough ask. Aston Villa appear well equipped to avoid a dogfight at the wrong end of the table, even if there is a suspicion that they have gone a little over the top with their lavish summer spending spree, which has seen 12 new names added to the squad list on a permanent basis (although one of those, former Bournemouth defender Tyrone Mings, spent 2018/19 on loan with the West Midlanders). Nevertheless, Villa have plenty of strength in depth and, provided a new-look group is able to gel without too many teething problems, Dean Smith’s men will be confident of steering clear of trouble.

There are bigger question marks over the fate of Norwich City and Sheffield United – and understandably so. Norwich dazzled in the Championship last time out, scooping the title after amassing 94 points and scoring 93 goals. However, they have taken a different approach in the transfer market to Villa, spending just £3.75m on recruits. Theirs is a relatively youthful squad and there will no doubt be charges of inexperience aimed in their direction at some points this season.

Sheffield United
@SheffieldUnited
“It's a great set of lads, a great dressing room. I can't feel any nervous energy.”
“The gaffer said I would fit in well at the club and with the boys.”
“Everyone's excited and raring to go”
- Oli McBurnie 👊 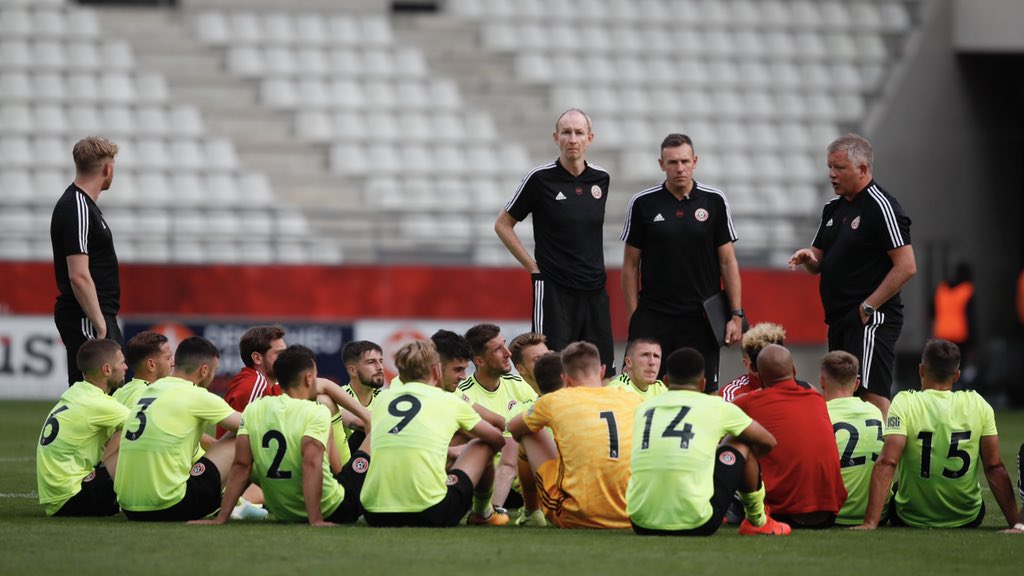 Sheffield United, on the other hand, have broken their transfer record on no fewer than four occasions since sealing a second-place finish in the Championship. However, new boys Luke Freeman, Callum Robinson, Ben Osborn and Oli McBurnie are largely untested at this level; Phil Jagielka, returning to his hometown club on a free transfer, brings useful experience but at almost 37 years old is not a guaranteed starter. Ravel Morrison, meanwhile, is surely drinking at last-chance saloon despite his undeniable talent.

Yet although a lack of proven Premier League quality will be held up against Norwich and Sheffield United, both sides have plenty going for them. Daniel Farke and Chris Wilder are bright coaches who have a clear idea of how they want their teams to play, and that sense of identity – together with a fierce team spirit – will serve both the Canaries and the Blades well this season.

The latter’s use of overlapping centre-backs is a genuinely innovative approach that could catch out teams that are not used to coming up against with such an unconventional game plan. The former are an energetic and dynamic outfit who will take the game to the opposition rather than sitting back and hoping things fall their way. The strength of both Norwich and Sheffield United lies in the collective rather than any individual.

With Brighton, Crystal Palace and Newcastle likely to struggle, it is by no means implausible that each of Villa, Norwich and Sheffield United will avoid falling through the trapdoor this season.

Norwich City FC
@NorwichCityFC
@LFC 💬 DF: The ground I'm most looking forward to see us play at in the Premier League is Carrow Road. I love being in our living room, and it's always special. #ncfc 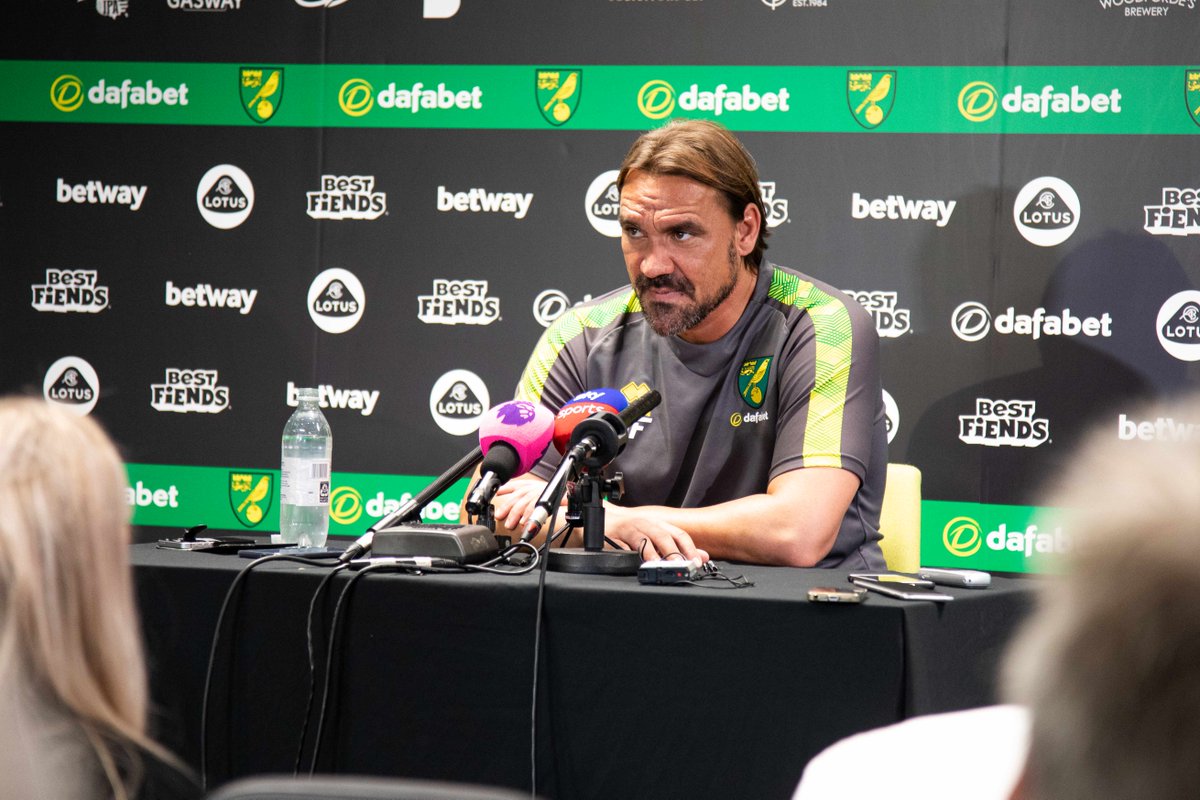 11
71
More
football
Rushie To Everton And Diego Dates Madonna - The Best Footballing...
It was the equivalent of Virgil van Dijk appearing on the front cover of FourFourTwo in a Manchester [ ... ]
motorsport
Thank You, Thierry Sabine - The Dakar Rally Is One Of Sport's...
In 1977, cinemagoers first experienced the now-iconic image of Luke Skywalker staring out over the Tatooine [ ... ]
boxing
''Most Notorious African-American on Earth,'' The Life And Times...
What do Alan Turing, The Doors frontman Jim Morrison and the comedian Lenny Bruce have in common? These [ ... ]
rugby
Alexander Obolensky - Exiled Russian Prince, Fighter Pilot,...
Exiled Russian prince, fighter pilot, and a rugby international who once scored 17 tries in a single [ ... ]
rugby
After 50 England Caps Amy Cokayne Finally Embraces Life As A...
Amy Cokayne is 23 years old and already has 50 caps for England and a Rugby World Cup final behind her. [ ... ]
mma
How Dana White Used 20 Million Instagram Followers To Take On...
When Polish fighter Joanna Jedrzejczyk went to war (and lost) with China’s Weili Zhang in the [ ... ]
sports
Prince, Tyson Fury, Jose Mourinho - Sport's Greatest Ever Press...
It is strange how quickly new trends become traditions. Every afternoon at 5pm, when most people used [ ... ]
sports
Donors, Helpers, Providers - The Sports Stars Stepping Up To...
In times of crisis, there really is something to be gained from looking around at all the good that [ ... ]
football
Speaking The Same Language As Carlo And Jose - The Life Of A...
“What do you do in the bedroom?” “I sleep with your wife.” The life of a football [ ... ]
sports
'Quarantini' Anyone? How To Stay Healthy In Mind And Body At...
Keep those spirits up, dear reader! For many of us, being confined to our homes for the foreseeable [ ... ]
football
Exclusive Leon Osman Interview:The Rooney Explosion And Ancelotti...
Leon Osman couldn’t believe what he was seeing. The Everton midfielder had heard about a young [ ... ]
mma
''A Warrior Poet...Beautiful Man'' UFC Legend Frank Mir Shares...
Former UFC heavyweight champion Frank Mir has told The Sportsman of his admiration for WBC world boxing [ ... ]
boxing
54 Years In The Game, 400 World Title Fights, Bob Arum Is Still...
1966 is a special year in sport for a plethora of reasons.  It was the year the England football [ ... ]
football
'' I Believe In Fairies'' - The Life And Times Of The Extraordinary...
Brian Clough wasn’t just one of the most quotable managers in English football’s long history, [ ... ]
sports
Retired Jersey Numbers: When Sports Stars Become Immortal
Basketball creates universal icons who transcend the sport itself. Over the past three decades or so, [ ... ]
football
From Jules Rimet To The FA Cup, The Sporting Trophies That Went...
When the World Cup trophy was stolen in London on 20 March 1966, it threatened to plunge the most famous [ ... ]
motorsport
On The Ground In Australia As Coronavirus Threw F1 Into Chaos
The beginning of a season is normally a time of high excitement as we wait to see which teams have hit [ ... ]
football
'Wizard Of Dribble' Sir Stanley Matthews Was The First Gentleman...
Sir Stanley Matthews was no ordinary footballer. His was a career which spanned some three decades, [ ... ]
winter-sports
From Wheelchair To World Title, The Amazing Katie Ormerod
Katie Ormerod is at her family home in West Yorkshire, fresh from the news that she has just become [ ... ]
football
''It Will Always Niggle'' - Leon Osman Reveals Hurt At How His...
Leon Osman has told The Sportsman of the hurt that still lingers as a result of finding out by text [ ... ]
football
The Man Behind The FA Cup: How Charles Alcock Made A Modern...
There might never have been a more significant game of football than the one played at The Oval on 16 [ ... ]
boxing
The Mike Tyson Interview: ''Living Takes A Lot Of Courage.''
Mike Tyson’s life has been a well-documented roller coaster ride. A difficult childhood, then [ ... ]
football
60 Years In Football, Sacked 37 Times...There Really Is Only...
When it comes to jobs for life, Barry Fry has it covered. The 75-year-old has been in football for a [ ... ]
football
Exclusive Arthur Numan Interview: Rangers, Romario And Rock...
“You just cannot explain it,” insists Rangers legend Arthur Numan of the intense rivalry [ ... ]
mma
Exclusive: ''I Was Mentally Broke'' - UFC Legend Frank Mir On...
Few heavyweights have ever made more Ultimate Fighting Championship appearances than that man from Las [ ... ]
sports
Real Life Forrest Gump Is On A Mission To Discover What It Means...
Rob Pope is a 42-year-old vet from Liverpool who describes himself as “your average talkative [ ... ]
football
Pele On Tour - The Times The Brazilian Legend Brought His Brilliance...
One of the most recognisable names in football, and a player who pretty much did it all at the highest [ ... ]
football
Beauty, Drama, Passion And Tragedy - Why Italia '90 Was The...
You only have to listen to the classic opening title sequence used by the BBC for their Italia '90 [ ... ]
motorsport
All Action Superhero Barry Sheene - He Loved The People And...
During my time working in the MotoGP and F1 paddocks I’ve been lucky enough to meet some great [ ... ]
motorsport
''DAS Ist Good'' - Can Anyone Really Better The Brilliant Benz...
The fireworks are exploding overhead, the music is pumping from the PA system and Lewis Hamilton, along [ ... ]
This website uses cookies
Cookies help us and our partners provide statistics. By browsing this website, you consent to the use of cookies in accordance with our Privacy Policy and Cookies Policy.
Accept & Close