In the 1970s and the late 1980s English players were all the rage in the NRL. Fast forward 30 years and once again it is English talent coming to the fore and thriving in Australia’s elite competition.

Sam Burgess, and his twin brothers Tom and George, are leading from the front as South Sydney challenge for another premiership this season. St George Illawarra’s Pommy pair James Graham and Gareth Widdop have been mainstays at the Dragons for several seasons, and Graham recently notched his 400th career appearance.

Ryan Hall is helping the Sydney Roosters defend their title won in 2018 while after a mid-season move his former Leeds teammate Kallum Watkins is finding his feet on the Gold Coast, a club that has had its fair share of Englishmen in recent years in Joe Greenwood and Dan Sarginson. In Brisbane ex-Manchester United junior Herbie Farnworth has debuted this year for the Broncos at the age of 19.

But it is Canberra where British exports are taking most of the headlines. The Yorkshire trio of John Bateman, Eliot Whitehead and Josh Hodgson, along with Lancastrian Ryan Sutton, have helped turn the Raiders into contenders once again. After a number of lean seasons, Canberra are back among the NRL’s top contenders and with Wigan’s George Williams heading to the capital in 2020, the English boom will only continue.

Fourty-five years ago it was the likes of Manly trio Malcolm Reilly, Phil Lowe and John Gray, Penrith duo Mike Stephenson and Bill Ashurst, as well as Cronulla’s Cliff Watson and Tommy Bishop, paving the way for Englishmen down under with their unique mix of toughness, work-ethic and skill.

In the next decade Garry Schofield and Ellery Hanley, both at Balmain and then Wests, Joe Lydon and Martin Offiah at Easts, and Kevin Ward at the Sea Eagles, who caught the eye. But despite a handful of players in the 1990s, the flood from the northern hemisphere turned into just a drip until 2001. That was when a fearsome prop by the name of Adrian Morley landed in Sydney and over a six- year spell emphatically stamped his name on the NRL.

Morley laid the platform for others to follow and they did with Gareth Ellis in 2009, Sam Burgess in 2010 and then Graham in 2012. All four did not just compete in the NRL but all became household names at Sydney clubs, match-winners in their own right and stars across the competition. 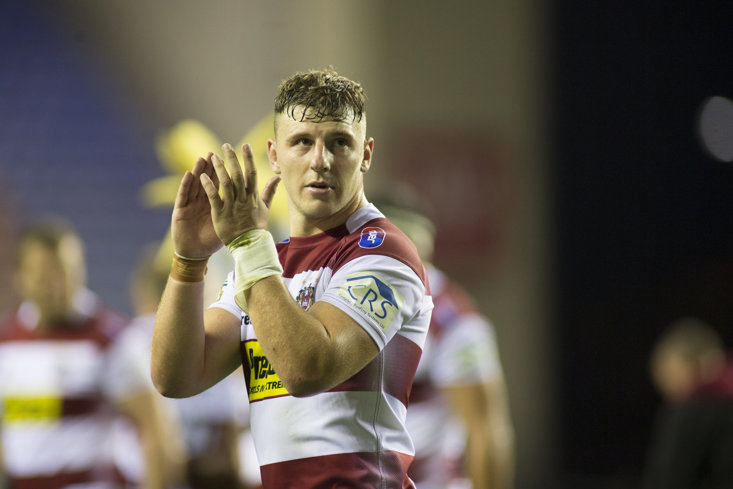 George Williams of Wigan will be playing for Canberra Raiders next season. Photo: Isabel Pearce/SWpix.com

Burgess led Souths to a Grand Final win in 2014, against Graham’s Canterbury, and both have become favourites in the media. Ellis was revered at the Tigers and is widely regarded as one of the most successful and popular exports to the NRL.

As Watkins explains of Graham: “He’s paved the way for other players to come over here and challenge themselves. We always knew he was going to be a success here. What he did in the Super League for St Helens was tremendous. He was part of a successful team, and a big part of that success. We knew he’d bring that to Canterbury, and St George now.”

The appeal for English players heading to the NRL is obvious – a change in lifestyle, a chance to test themselves against the best players in the world and the huge financial incentives. The Australian salary cap dwarfs that of England’s Super League and the top players can earn more than £500,000 a season.

The appeal of English players to NRL clubs is also acute – they are usually cheaper to sign than their local counterparts, are fiercely determined and are prepared to sacrifice and work hard, leaving their friends and families thousands of miles away. They are also willing to learn, are tough customers prepared to roll their sleeves back, and are often not overcoached like many Australian players.

Widdop left Halifax at the age of 16 to move to Melbourne, making his name for the Storm before joining St George Illawarra in 2014. While the playmaker will return home to join Warrington next year, he has been pleased with the increase of English talent to the southern hemisphere.

“I think it's great for the boys to come out in the NRL and test themselves,” he said.

“And they're all playing really good football. It certainly helps English rugby league in general. Obviously, the Super League is not too happy about it, but at the end of the day the boys are coming out and performing well and enjoying their time and strengthening the national team, which is huge.''

The Burgess troika have given the Rabbitohs a new dimension, while Canberra’s quartet have given the Raiders a harder edge and made them much harder to beat. Now that the secret is well and truly out, that England is producing some extremely talented footballers, expect more from the UK to try their hand in the wide brown land. 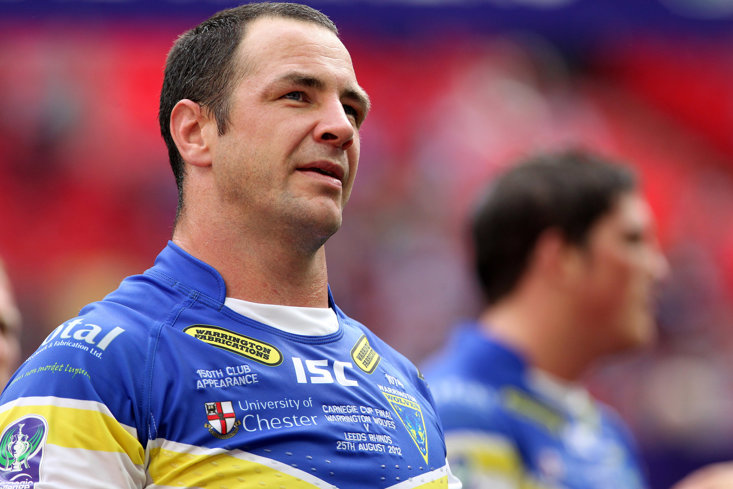 Adrian Morley was a huge success in Australia, clearing the way for the likes of James Graham and Sam Burgess. Photo: Mark Green/SWPix.com
More
football
''The Quality Of Madness'' - Presenting Marcelo Bielsa, Leeds...
When Leeds United sacked Paul Heckingbottom as head coach after only four months in charge at the end [ ... ]
boxing
From Tapia To Tyson: When Blood And Tears Stain The Boxing Tapestry
“Of all the skills a boxer has to master, none is as mystifying as pain management,” sports [ ... ]
football
Rushie To Everton And Diego Dates Madonna - The Best Footballing...
It was the equivalent of Virgil van Dijk appearing on the front cover of FourFourTwo in a Manchester [ ... ]
motorsport
Thank You, Thierry Sabine - The Dakar Rally Is One Of Sport's...
In 1977, cinemagoers first experienced the now-iconic image of Luke Skywalker staring out over the Tatooine [ ... ]
boxing
''Most Notorious African-American on Earth,'' The Life And Times...
What do Alan Turing, The Doors frontman Jim Morrison and the comedian Lenny Bruce have in common? These [ ... ]
rugby
Alexander Obolensky - Exiled Russian Prince, Fighter Pilot,...
Exiled Russian prince, fighter pilot, and a rugby international who once scored 17 tries in a single [ ... ]
rugby
After 50 England Caps Amy Cokayne Finally Embraces Life As A...
Amy Cokayne is 23 years old and already has 50 caps for England and a Rugby World Cup final behind her. [ ... ]
mma
How Dana White Used 20 Million Instagram Followers To Take On...
When Polish fighter Joanna Jedrzejczyk went to war (and lost) with China’s Weili Zhang in the [ ... ]
sports
Prince, Tyson Fury, Jose Mourinho - Sport's Greatest Ever Press...
It is strange how quickly new trends become traditions. Every afternoon at 5pm, when most people used [ ... ]
sports
Donors, Helpers, Providers - The Sports Stars Stepping Up To...
In times of crisis, there really is something to be gained from looking around at all the good that [ ... ]
football
Speaking The Same Language As Carlo And Jose - The Life Of A...
“What do you do in the bedroom?” “I sleep with your wife.” The life of a football [ ... ]
sports
'Quarantini' Anyone? How To Stay Healthy In Mind And Body At...
Keep those spirits up, dear reader! For many of us, being confined to our homes for the foreseeable [ ... ]
football
Exclusive Leon Osman Interview:The Rooney Explosion And Ancelotti...
Leon Osman couldn’t believe what he was seeing. The Everton midfielder had heard about a young [ ... ]
mma
''A Warrior Poet...Beautiful Man'' UFC Legend Frank Mir Shares...
Former UFC heavyweight champion Frank Mir has told The Sportsman of his admiration for WBC world boxing [ ... ]
boxing
54 Years In The Game, 400 World Title Fights, Bob Arum Is Still...
1966 is a special year in sport for a plethora of reasons.  It was the year the England football [ ... ]
football
'' I Believe In Fairies'' - The Life And Times Of The Extraordinary...
Brian Clough wasn’t just one of the most quotable managers in English football’s long history, [ ... ]
sports
Retired Jersey Numbers: When Sports Stars Become Immortal
Basketball creates universal icons who transcend the sport itself. Over the past three decades or so, [ ... ]
football
From Jules Rimet To The FA Cup, The Sporting Trophies That Went...
When the World Cup trophy was stolen in London on 20 March 1966, it threatened to plunge the most famous [ ... ]
motorsport
On The Ground In Australia As Coronavirus Threw F1 Into Chaos
The beginning of a season is normally a time of high excitement as we wait to see which teams have hit [ ... ]
football
'Wizard Of Dribble' Sir Stanley Matthews Was The First Gentleman...
Sir Stanley Matthews was no ordinary footballer. His was a career which spanned some three decades, [ ... ]
winter-sports
From Wheelchair To World Title, The Amazing Katie Ormerod
Katie Ormerod is at her family home in West Yorkshire, fresh from the news that she has just become [ ... ]
football
''It Will Always Niggle'' - Leon Osman Reveals Hurt At How His...
Leon Osman has told The Sportsman of the hurt that still lingers as a result of finding out by text [ ... ]
football
The Man Behind The FA Cup: How Charles Alcock Made A Modern...
There might never have been a more significant game of football than the one played at The Oval on 16 [ ... ]
boxing
The Mike Tyson Interview: ''Living Takes A Lot Of Courage.''
Mike Tyson’s life has been a well-documented roller coaster ride. A difficult childhood, then [ ... ]
football
60 Years In Football, Sacked 37 Times...There Really Is Only...
When it comes to jobs for life, Barry Fry has it covered. The 75-year-old has been in football for a [ ... ]
football
Exclusive Arthur Numan Interview: Rangers, Romario And Rock...
“You just cannot explain it,” insists Rangers legend Arthur Numan of the intense rivalry [ ... ]
mma
Exclusive: ''I Was Mentally Broke'' - UFC Legend Frank Mir On...
Few heavyweights have ever made more Ultimate Fighting Championship appearances than that man from Las [ ... ]
sports
Real Life Forrest Gump Is On A Mission To Discover What It Means...
Rob Pope is a 42-year-old vet from Liverpool who describes himself as “your average talkative [ ... ]
football
Pele On Tour - The Times The Brazilian Legend Brought His Brilliance...
One of the most recognisable names in football, and a player who pretty much did it all at the highest [ ... ]
football
Beauty, Drama, Passion And Tragedy - Why Italia '90 Was The...
You only have to listen to the classic opening title sequence used by the BBC for their Italia '90 [ ... ]
This website uses cookies
Cookies help us and our partners provide statistics. By browsing this website, you consent to the use of cookies in accordance with our Privacy Policy and Cookies Policy.
Accept & Close