Anthony Joshua made £46m from a single fight against Andy Ruiz Jr last year. He could make around £55m if he gets to square off with Tyson Fury in 2021. And he’s been tipped to become the first boxer to make £1bn at some point in the near future. His big-time appeal has made the heavyweight champion a hit with sponsors as varied as Beats By Dre and Jaguar Land Rover.

Such tie-ins helped to put the Watford native 13th on Forbes’ list of highest-paid athletes in 2019, with a new deal with Google set to propel him even further up the money charts. He also boasts 10 million followers between his official pages on Twitter and Facebook, and with an open mind when it comes to partnerships, AJ has become the go-to face for big brands.

Joshua has been making a truly notable impact in fashion of late, with Under Armour, JD Sports and Hugo Boss all putting him at the centre of big-money campaigns. So what is it about the 31-year-old that has such notable brands queueing up to be associated with him?

“He’s pretty much got the lot,” Jeremy Nestor, Senior Account Executive at Pitch Marketing Group, tells The Sportsman. “The smile, the looks, and that swagger which can’t really be manufactured. In the years prior to AJ, the heavyweight division in particular was so devoid of any real charisma that he was like a lightning bolt to the scene. You obviously had the Klitschkos, who were pretty imperious, but I’m not sure they really brought boxing to a younger audience.

“If you look at AJ’s story as well it’s pretty much perfect from a marketing perspective; a kid who had a few run-ins with the law but shifted his life back on track by heading down to the local boxing club and turning himself into a world heavyweight champion. It’s golden, really.” 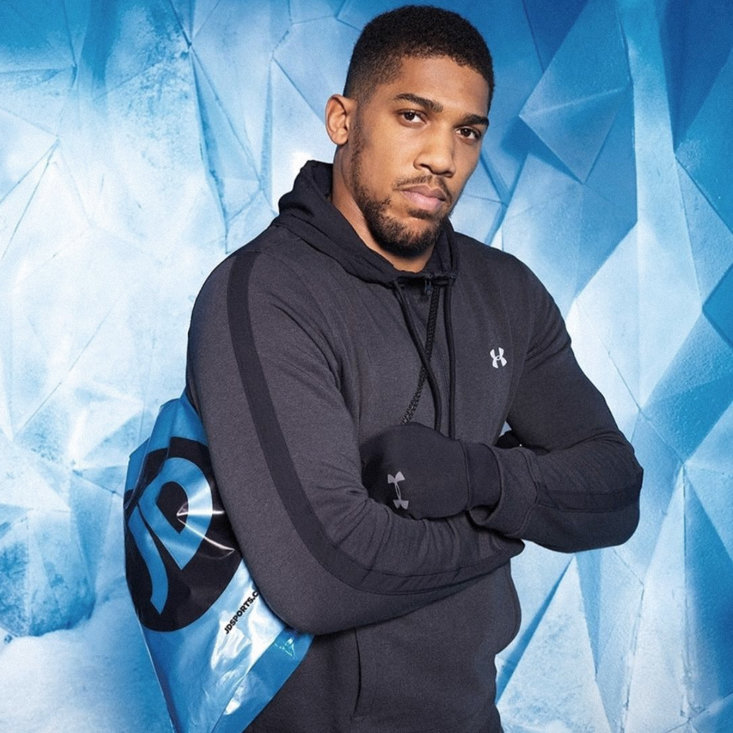 So it’s no surprise he has become something of a style icon, and while style is so important, Joshua revealed his main motivation for the partnership with JD was to aid the development of youngsters aiming to follow in his footsteps.

Wannabe boxers across the land will have purchased the exact same get-up Joshua wears just as kids 20 years ago will have bought the latest adidas Predators in the hope of following in the footsteps of David Beckham.

The former England captain is AJ’s style icon. “He can cross over from school run to royal wedding with such ease,” Joshua told GQ. “Beckham’s style has always been very daring, but great – he wore that sarong, didn’t he?”

At 6’6” and packed with muscle, it can’t be easy to just go out and throw on any old items, but AJ showed he knows all about how to dress. “Style isn’t about how expensive your clothing is,” Joshua added. “It is about how it fits. You can buy the most expensive garments and, sure, they might fit you well, but get something cheaper and tailored and it’ll look just as good. 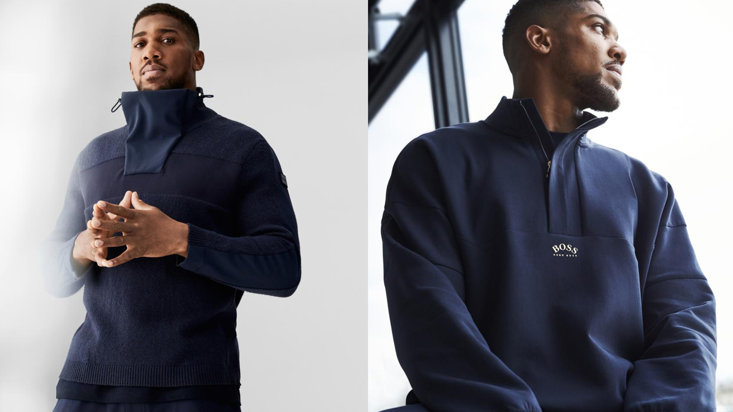 “As an athlete, it’s good to be understated, but still have a concept of elegance. Also, I never go to an event dressed like I’m about to walk into the office. That’s an important rule to follow.”

There’s a likability factor which increases his appeal too, according to Nestor.

“The redemption arc after his defeat to Ruiz Jr has probably helped his brand even more, as the way he responded and faced up to his loss was extremely admirable. I know that he tries to shirk away from that ‘nice guy’ persona but he genuinely does come across as a really humble, down to earth person.

“It’s little things you see him doing like returning back to his first boxing gym in Finchley and surprising his first coach, or heading back to his home country of Nigeria to visit those less fortunate than him. I think these sort of gestures resonate amongst his fan base without a doubt.”

He knows what he’s talking about, does AJ. The brands know it too. The fact he can pull off a sports hoodie as well as a luxury suit, all while being a man of the people, just makes it a win-win for all involved.