Football
Features
The top of the Premier League is looking more incredible by the week
Elliott Bretland
14:00, 16 Jan 2021

Just four points separate second from seventh in the Premier League table, while leaders Manchester United can be ousted from the top should they lose at Liverpool on Sunday. Aston Villa, meanwhile, are eighth and have two games in hand, and ninth-placed Chelsea are, well, Chelsea.

The early stages of 2021 are promising what could be the most enthralling and dramatic title race in years. With empty stadiums and matches being suspended here and there because of the global pandemic, this is increasingly a season like which we have never seen before.

But could this also be a season in which we see no runaway leader? No two-horse race? Just an unpredictable, topsy-turvy campaign with five or six teams fighting for first place right until the end? We hope so, and here’s why it might just happen... 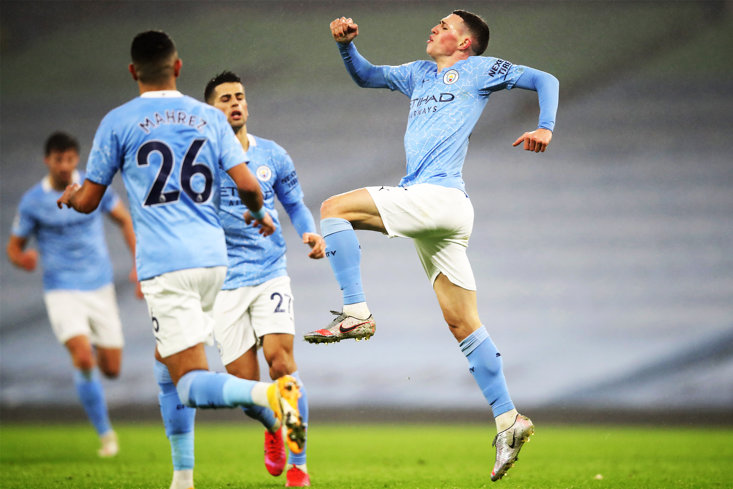 It’s no surprise at all to see Liverpool and Manchester City in second and third place; they are expected to be right up there and, as usual, even in such a crazy season, they are delivering more often than not. The Reds have seen their defence decimated by injuries, as City did in 2019-20, but Jurgen Klopp and Pep Guardiola have coped well enough to grind results out.

With such strength in depth, boasting talented youngsters making the step up and wise old heads who’ve been here and done it, these two clubs will be challenging come the end of May (or later, because… well, you never know when the campaign might end.) 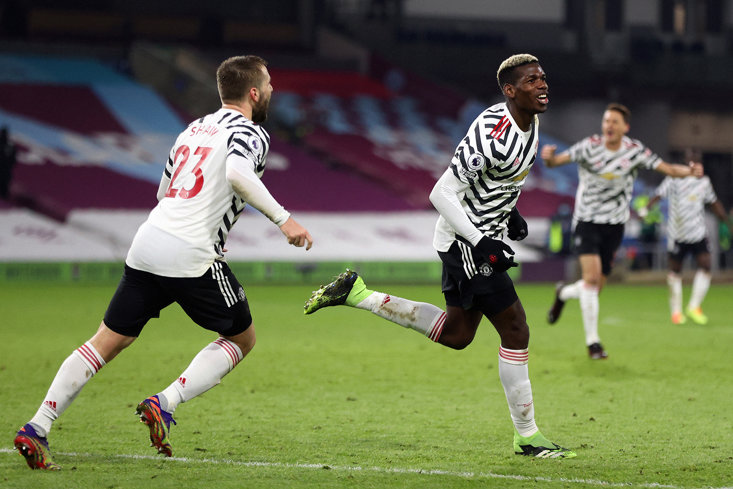 Manchester United are top of the table after New Year’s Day for the first time since 2013, and that’s the last time they went on to win the title for you Red Devils out there who enjoy a good omen. Having constantly won the title in the nineties and noughties, it’s a stat that an entire generation will find hard to believe since seeing United top is what many were used to for two solid decades. It’s a different time and a different team at Old Trafford now though and they will have to battle all the way to see this one through.

Then there is Tottenham, so desperate for a first trophy since 2008 that they employed the man who basically collects them, Jose Mourinho. With the potency of Harry Kane and Son Heung-min, Spurs will always have a huge chance. Throw in the manager’s tactical expertise in making his sides solid at the back and the north London side have a really strong shot at a first top division title since 1961.

Been There And Done It

Leicester City shocked the planet in 2016 when they lifted the Premier League title having spent four months of the previous season at the bottom of the table. While the Foxes earned the respect of the football world, some pundits and opposition fans observed that the top sides in the division weren’t at their best, and that that was the major contributing factor to Claudio Ranieri’s success. It’s a rather harsh and unfair take but they would happily take advantage again.

United have already lost three games while both Liverpool and City have lost two of their 17 fixtures, which was unheard of during the past two seasons. Could the Foxes be ready to pounce? They know what it takes, they’ve been here before and Jamie Vardy is quite possibly the man to take them on another charge.

Everton won two titles, an FA Cup and a Cup Winners’ Cup in the mid-eighties to rule the English roost with city rivals Liverpool but it’s been a very long time since they’ve come even close to reproducing that form. However, under the savvy leadership of Carlo Ancelotti, who lifted every trophy going at Milan, Chelsea and Real Madrid amongst others, the Toffees are racking up the points. With the talent of James Rodriguez and Dominic Calvert-Lewin’s goals, they will be eager to keep in touch with the pack for as long as they can.

Then there is Aston Villa, who were also title winners in the eighties. Their being talked about for a shot at top spot is certainly unchartered territory these days, but Dean Smith has shown really clever management over the past 18 months and Jack Grealish is a talent any top side would love to have. Chuck in Southampton too, since they are quietly collecting a big enough tally to keep them right in the mix at the halfway point. Could we see another surprise only five seasons after Leicester? Perhaps not but can you really bet against anything this year?

The Tortoise Not The Hare?

Chelsea may be 10 points off top spot but this is Chelsea, and this isn’t any other campaign. For nearly two decades they have been annual contenders and while Frank Lampard is still at the start of his managerial career and a plethora of summer signings are settling, their faltering form could quickly turn around - there is just too much talent in the squad to think otherwise. Anything is possible this season.