On May 9, 2013 it was announced that David Moyes was to be put in a position he alone will ever occupy.

“I had no idea whatsoever until Sir Alex gave me a call and asked me to come to his house. I went in and the first thing he said to me was ‘I’m retiring’.

“And his next words were: ‘You’re the next Manchester United manager.”

Moyes’ anecdote, told at his unveiling as the first new Manchester United gaffer in almost three decades, implies that taking the position wasn’t a request, it was an obligation and an honour.

He was to leave Everton after over a decade to take over from the most successful manager at the most successful football club in English football history. He was only the second manager a whole generation of Manchester United fans had ever seen in their dugout. It was a job every aspiring gaffer dreamt of but feared. Attractive but deadly. The femme fatale of football.

Almost completely uniquely, and certainly to his detriment, he was taking over a team that had just been declared the champions of the Premier League. It was the type of poisoned chalice that memorably befell Brian Clough at Leeds United in 1974. The closest comparison in the modern era of Moyes’ predicament is Ray Harford, who, after spending four years as Kenny Dalglish's assistant, took over from the Premiership winning-manager at Blackburn Rovers in June 1995. Harford lasted 16 months. 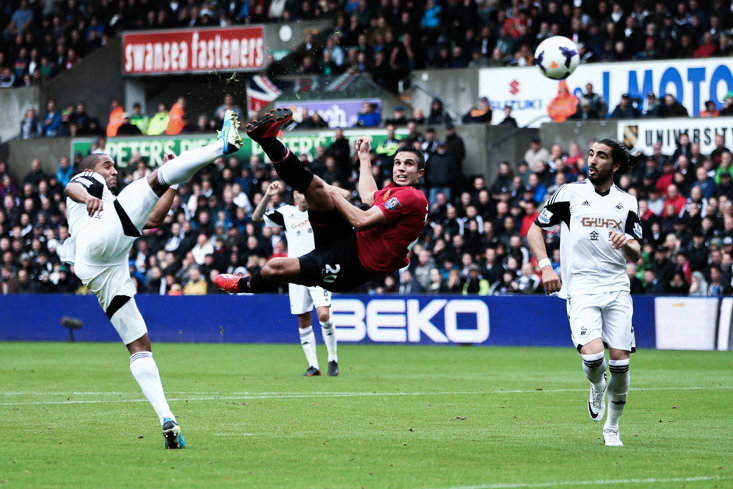 Moyes' Man United tenure gets off to a win against Swansea

Moyes’ contract finally expired on July 1, 2019, a full five years, two months and eight days after he left the club. The contract that had been orchestrated to provide continued stability and security had become a stick to beat the club with.

His start had begun well, with a comprehensive 4-1 home victory over Swansea City. And there were certainly positives that have subsequently been neglected, a draw against Chelsea, a win over Arsenal - two of United’s most potent rivals over the past 15 years.

Manchester United finished the season with the second best away record of any team in the top tier, gaining just a point fewer than leaders Liverpool and Arsenal, and the same on the road as eventual champions Manchester City. He also narrowly achieved a better win percentage (52.94%) than two of the men who followed him in the dugout, Louis van Gaal (52.43%) and the incumbent Ole Gunnar Solskjær (52.63%)

However, ultimately there weren’t performances and results when - and fundamentally where - it mattered. Humiliations to arch rivals Liverpool and City on home turf (both 3-0) were too much for fans to bear. One banner unfurled by the away support tauntingly read ‘David Moyes is a Football Genius.’

There wasn’t an identity or clear philosophy.  Tactics changed from week to week. An infamous 2-2 draw at Old Trafford with relegation-battling Fulham saw 81 crosses being pinged by the home side, encapsulating the blunt instrument Manchester United had become.

The records built up and extended by Ferguson swiftly started tumbling, almost on a weekly basis. Newcastle won at Old Trafford for the first time since 1972, West Bromwich Albion achieved their only league victory at the ground in 35 years, resulting in Manchester United’s worst start to a league campaign since 1989.

Moyes had never achieved a win with Everton at Old Trafford. His successor Roberto Martínez managed it at the first time of asking. When Bryan Oviedo struck four minutes from time, Everton secured their first victory at Manchester United in 21 years.

The Man Utd old guard - Rio Ferdinand, Patrice Evra, captain Nemanja VidiÄ‡ - were said to have lost faith and uncompromising in reacting to a new regime. Ferdinand later recalled Moyes’ methods not chiming with the status quo. “To win a league you very much need 22 to 25 players on board,” the former defender said on BT Sport, “David Moyes came in and said ‘I’m not going to pander to your needs or do it the way it was done before, this is my way of doing it” and that maybe put some people’s noses out of joint.”

This was not Chelsea welcoming Luiz Felipe Scolari after Avram Grant, nor Unai Emery after Arsène Wenger, and certainly not Manchester City, revelling on cloud nine after the arrival of serial-winner Pep Guardiola was declared imminent.

Moyes was sacked on 22 April, 2014 following a 2-0 loss to Everton at Goodison Park. The reputation he had built up in charge first at Preston North End and then in 11 years at Everton had been extinguished in the course of a reign that lasted just two months shy of a year. 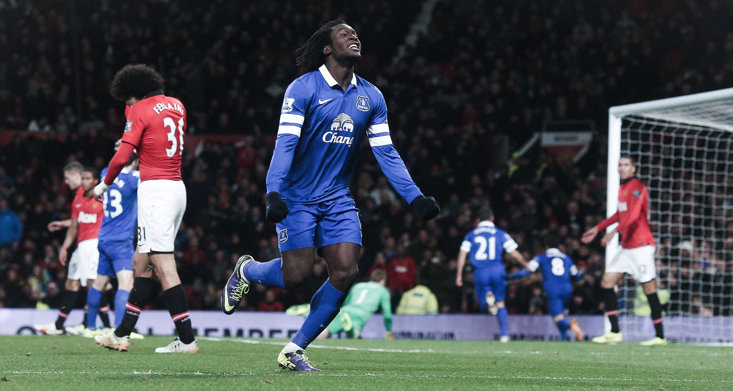 The following game Man Utd immediately beat Norwich City by an emphatic scoreline of 4-0.  In the following off-season and into the new campaign, a total of 20 players were allowed to leave the club, including VidiÄ‡, Evra, and Ferdinand.

New manager Louis van Gaal had the blank slate that had been denied to Moyes, and the Dutchman was allowed to spend £145.5million on new signings, including setting a new British transfer record for Ángel Di María (£59.7m). In his own summer, Moyes parted with just a fifth of that amount.

There is the persistent accusation that he was out of his depth, particularly in the transfer market. At Everton he was more used to seeing stars leave, than arrive. He certainly didn’t have the pulling power of the next two men in charge, van Gaal and José Mourinho, with 15 league titles and three European Cups between them. 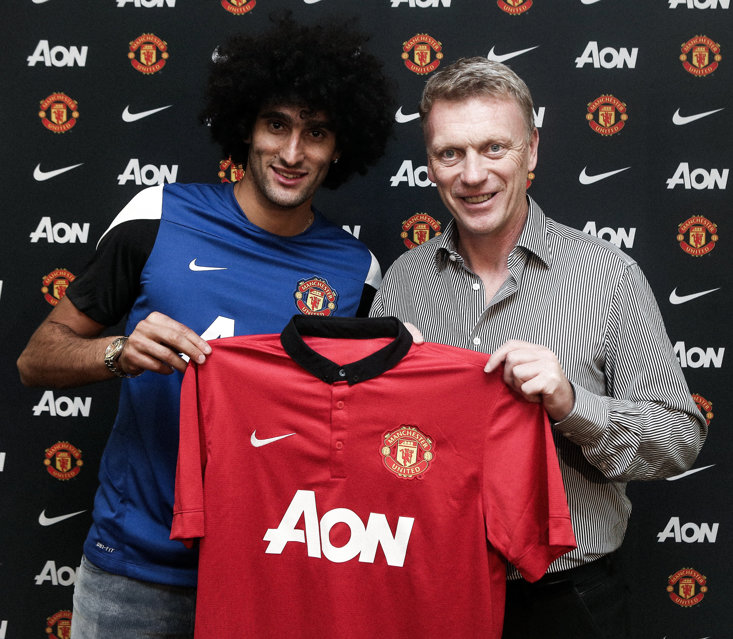 One of Moyes' only signings at Old Trafford, Maraoune Fellaini

He also didn’t benefit from the recent emergence of the ‘Fan Cam’, arguably becoming one of the first casualties of the vocality of fans being given a greater platform on YouTube.

Seven years after his appointment and six since his dismissal, his tenure at Manchester United will be wanted to be treated by club supporters, and indeed the club itself, as little more than a footnote.

In May 2019 Moyes appeared on TalkSport, where he was asked about the last time he cried.

“Oh, I think probably when I lost my job at Manchester United.

“When I took over it was needing a change and needing a turnaround of players, and that was all going to take time.”

History won’t treat him kindly. But credit must be given to the man who at least attempted the impossible and failed so spectacularly. David Moyes, a proven manager of considerable talent who was most certainly the wrong man, in the wrong place, at the wrong time.