After Saturday’s big playoff launch with four of the first-round series getting underway, the eight remaining teams in the running for the NBA Championship get their best-of-seven encounters going on Sunday night.

After the play-in tournament which saw the Charlotte Hornets, Indiana Pacers, San Antonio Spurs and, most notably, the Golden State Warriors eliminated, those who have had the extra games to play now face those higher seeds who are widely tipped to go deep in the postseason.

Here’s a guide to what’s happening in Sunday night’s match-ups.

There should only be one winner in this one, with the Wizards coming off a punishing two-game play-in tournament and now facing the best team in the East this season. They’ve already lost three times to the Sixers in 2020/21 and were a distant second-best in their most recent meeting. Everything is a bonus from here for Washington, who were 17-32 with 23 games remaining after several players had fallen foul of Covid-19 protocols.

The Suns might be the higher seeds, but all the attention and expectation is on the NBA champion Lakers going into this series. This is Phoenix’s first playoff campaign in 11 years, and taking the scalp of LeBron James and the Lakers would be quite a statement after a really impressive 51-21 season. Coach Monty Williams has worked wonders since taking over a 19-63 Suns outfit two years ago, but will the champs be too much for him and his side? 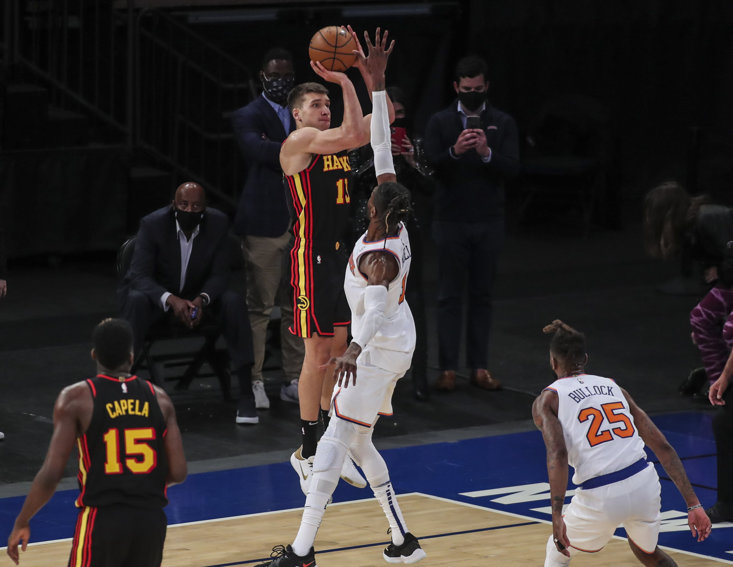 With identical regular-season records, it is understandable that Betfred cannot split these two. That said, the Knicks have home advantage and history on the side, having won all three meetings this season and also come out on top in both of the previous playoff series in which these two have met. The Hawks, though, have got everyone talking about their fantastic offense, even if the Knicks’ sturdy defence could provide a stumbling block.

In any previous season, the Grizzlies wouldn’t have made it this far. Having finished ninth in the West, the overcame the Spurs in the new 9v10 play-in before seeing off the Warriors in the final eliminator. They now come up against the best team in the NBA, who also happen to have beaten them three times this season. The Jazz have been brilliant from the three-point line all year, and while some haven’t given them the credit they deserve for finishing above some underperforming bigger names, they’ll be tough to beat this postseason.