Style
Looking back at the pre-Jordan era, before 'His Airness' and Nike reigned supreme
Jack Porter
08:00, 07 Dec 2020

“I heard that Converse made a pair of Bird shoes for last year’s MVP.”

“Well they made a pair of Magic shoes for this year’s MVP!”

And with that, the Lakers’ #32 steps out of his limousine, rips off his glistening yellow tracksuit bottoms to reveal the shortest of short shorts, ready to launch onto the court to play his fiercest opponent, who for some reason has his white tee tucked into his denim. We’re definitely in 1986, and we’re not just slap-bang in the middle of the greatest, most infamous rivalry that the National Basketball Association has yet seen, we’re still well and truly in the reign of Converse.

The Bird Shoe. The Magic Shoe. Choose your weapon.

A competition formed in the NCAA, 1979 had seen Michigan State led by Magic Johnson  defeat Indiana State University, which was led by senior Larry Bird in what was the most-watched college basketball game ever. Johnson was subsequently drafted by the Lakers, Bird by the Celtics. Between 1980 and 1989 the NBA Finals would be represented by at least one of these franchises, with the two meeting on three occasions. Johnson would finish the 80s with five championships, Bird three.

Throughout that remarkable journey there was Converse. Now Nike dominates the basketball shoe industry, but in the 1970s to mid-1980’s, the pre-MJ era, Converse reigned supreme. Larry Bird started his rookie season with the Celtics in 1979 by wearing the Converse All-Star before moving to the Converse Pro that had been made famous by Julius ‘Dr J’ Erving in the early part of the next decade. The union was perfect, with the footwear company’s world head quarters based in Massachusetts. The Celtics led by Bird won the 1984 championship which went down to wire with Magic’s Lakers, with Game 7 of the 1984 final, won by the Celtics, became the most watched NBA game in television history. Magic had his revenge the following year, with the Lakers winning the 1985 Championship at Boston Garden inflicting a crushing defeat on the Celtics. For a whole decade Bird and Magic ultimately became the NBA bottom line. And in  1986 uniting them to power forward the new Converse Weapon was the next move. 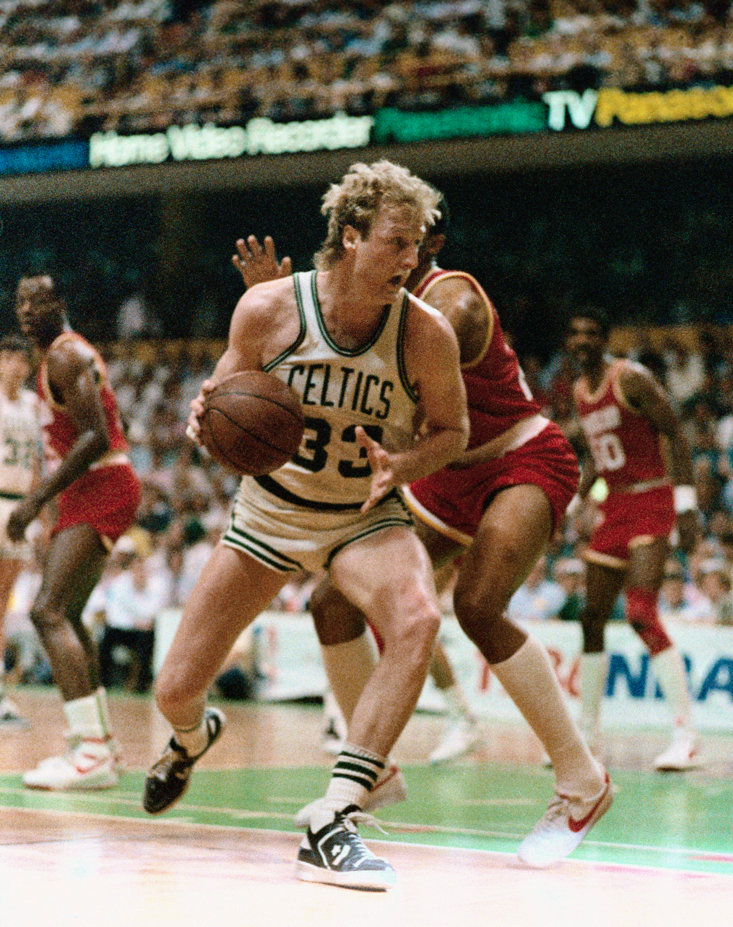 It was just getting the two giants of the game together.

Magic relented on his initial adamance of refusing to share screen time with his East Coast counterpart but if the commercial was going to be shot, it would definitely not be in L.A. “If you’re gonna shoot it, come to my house,” was Bird’s retort. Hence Magic pulling up in his limo in French Lick, Indiana. The advertisement was filmed at the home Bird had built for his mother. The resulting half minute advert would become one of the most iconic in sports history.

That commercial would in fact eventually be the catalyst that turned a feud into friendship, and they would later star in another brilliant 30-second snap with Isaiah Thomas, Kevin McHale, Mark Aguirre, and Bernard King (“The Converse weapon, that’s the shoe, let’s Magic do what he was born to do./ “Y’all already know what it did for me… I walked away with the MVP.”) Bird found that he greatly enjoyed the company of ‘Earvin’ rather than ‘Magic’, who endeared himself to Bird’s family. 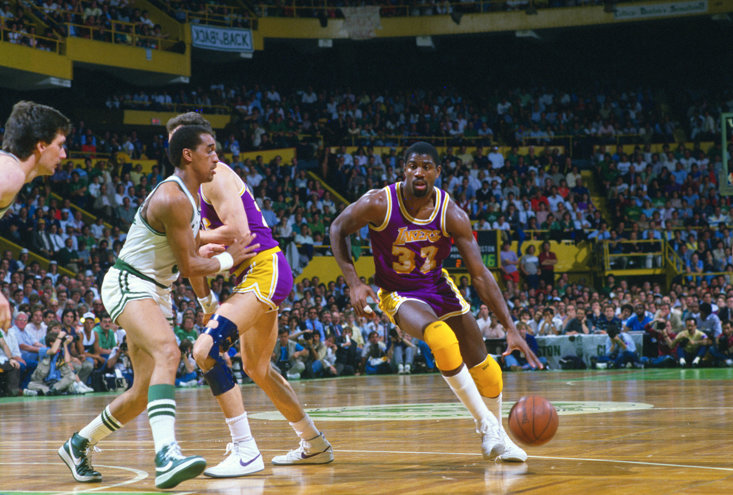 But as Bird and Magic’s relationship softened, so incidentally did Converse’s control of the hoops market. Rivals emerged in the form of adidas and, in particular, Nike. With Nike’s Air Jordans and the emergence of a new icon in their roster, Converse lost the title of being the basketball shoe of the NBA and gradually declined. Within the Converse business there had been over reliance on the success of the Chuck Taylor trainer which had been popular in the late 1980s but popularity waned by the early 1990s. Converse entered receivership due to mounting debts and in 2003 was purchased by Nike for $309 million.

The Hick from French Lick gets to hear all the answers to what the Beatles asked when he celebrates his 64th birthday on December 7. His and Magic’s relationship is seemingly as strong as it has been since their retirement in the early nineties. While Converse’s influence on the court is virtually confined to sentimentality, there will always be the memories of those Weapons, that farmhouse in Indiana, the trio of Finals and the pairing of two inimitable figureheads for slices of sports and television history.