Style
Clarks Originals and A Bathing Ape, have joined forces to celebrate the 70th birthday of the iconic Desert Boot
Richard Smith
11:00, 21 Aug 2020

What does a 195 year-old shoe manufacturer from Somerset and the founding father of hype streetwear from the ultra cool Shibuya ward of Tokyo have in common? The answer is that the two brands in question, Clarks Originals and A Bathing Ape, have joined forces to celebrate the 70th birthday of the iconic Desert Boot.

A wardrobe staple for men all over the world thanks to its unpretentious yet stylish aesthetic, the details of which have remained unchanged since launching in 1950, you'd be challenged to find a more tangible definition of smart casual than the Clarks Desert Boot. Advocates range from David Beckham to Brad Pitt, The Beatles to Bob Dylan, Harry Styles to Steve McQueen.

It is Nathan Clark, the great grandson of the company's founder, that fashionistas have to thank for the famous footwear. The military chic appearance of the boot is rooted in his time spent in Burma during World War 2, where he took inspiration from soldiers who had been fighting in Africa's Western Desert Campaign and continued to wear crepe-soles with suede uppers. 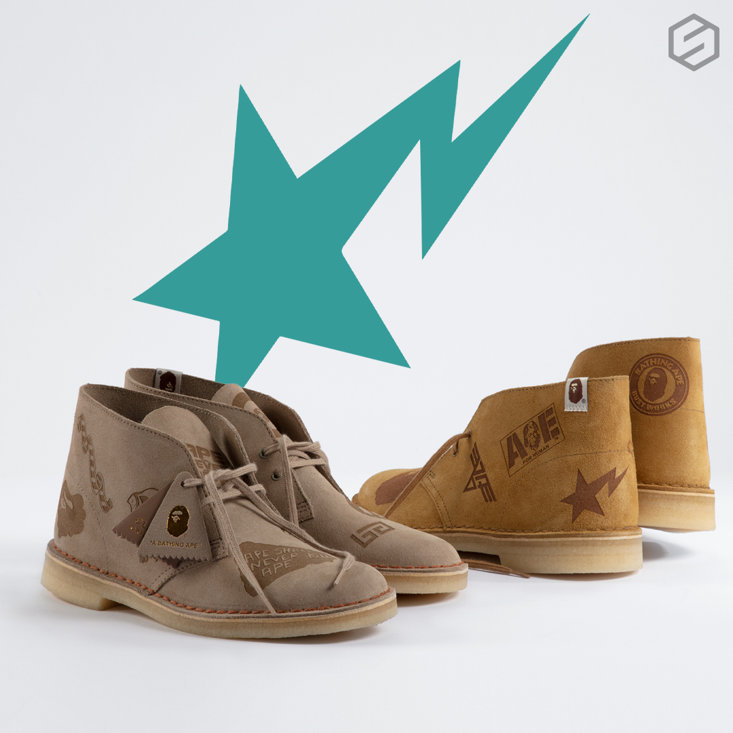 Given such heritage, it is little surprise that BAPE was considered the perfect partner to celebrate this landmark anniversary.

The Bathing Ape 'Cloud Camo' has not only become one of the most unmistakable attributes of the Japanese brand, but one of the most recognisable patterns in global fashion - pretty ironic when camouflage is intended to disguise and conceal an identity!

Founded in 1993, A Bathing Ape ripped up the rulebook of fast fashion and became a global phenomenon thanks to its limited quantities and limited distribution model. A small number of BAPE stores, scattered around the planet's coolest neighbourhoods, would sell limited edition streetwear, inspired by the brand's founder, Nigo's, love of 20th century pop culture.

Worn by a host of celebrities ranging from Pharrell Williams to Ian Brown, the label has developed a cult following. The Clarks collaboration is just the latest in a long line of partnerships with heavyweight household names, which include Pepsi, Coca-Cola, The Beastie Boys, Stussy, Adidas, Kanye West, Carhartt and Biggie Smalls. 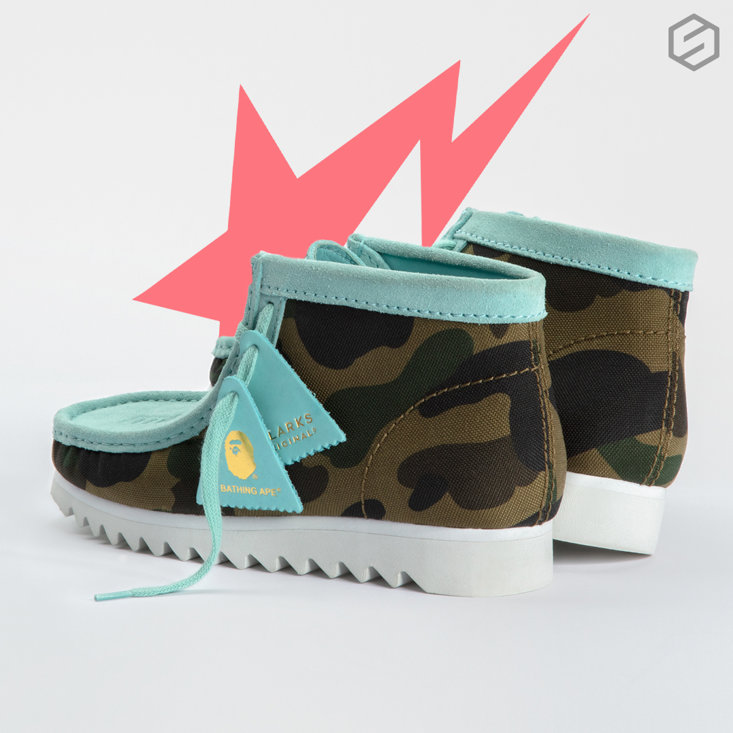 The name pays homage to Nigo's fanaticism of the 1968 movie, Planet of the Apes, together with the Japanese idiom 'A bathing ape in lukewarm water.' It is a reference to somebody who complacently overindulges in the bath so long that the water has become cold.

Overindulging the Desert Boot is exactly what A Bathing Ape has done with great effect. The cloud camo and famous ape logo are embossed around the entire shoe, enabling the wearer to make a bold statement with the minimal fuss that this classic is famed for.

Also given the BAPE treatment is the Desert Boot's younger brother, the Wallabee, which was born in 1968. Whilst this lesser known variation has never gone away, its rebirth in recent years can only be ascribed to them being the shoe of choice for Breaking Bad's Walter White... 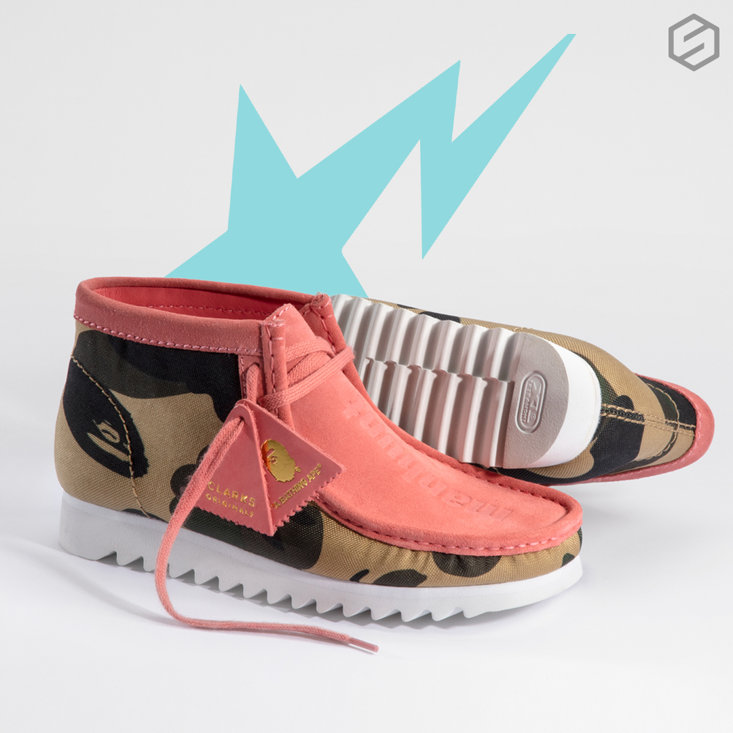 Whilst the Desert Boot is certainly subtle, the Wallabee has been elevated to a level of detail that Heisenberg would be proud of. The extra dimension of the teal or pink uppers, complemented by the cloud camo and a unique sharktooth tread, make these a sure fire thing to sell out across the globe.

Available at Clarks, but be prepared to shop around as this tag team of two brands at the top of their game is sure to be a box office smash!