Style
These are our picks for five of McGregor's most eye-catching get-ups to date
Kieran Spratt
09:00, 23 Jan 2021

Conor McGregor makes his return to Octagon on Saturday night when he takes on Dustin Poirier in Abu Dhabi for UFC 257 and part of the fun of a McGregor fight week is just how unpredictable the man they call ‘Notorious’ can be, especially when it comes to his wardrobe choice.

From Biggie to Frazier, these are five of McGregor’s most eye-catching outfits to date... 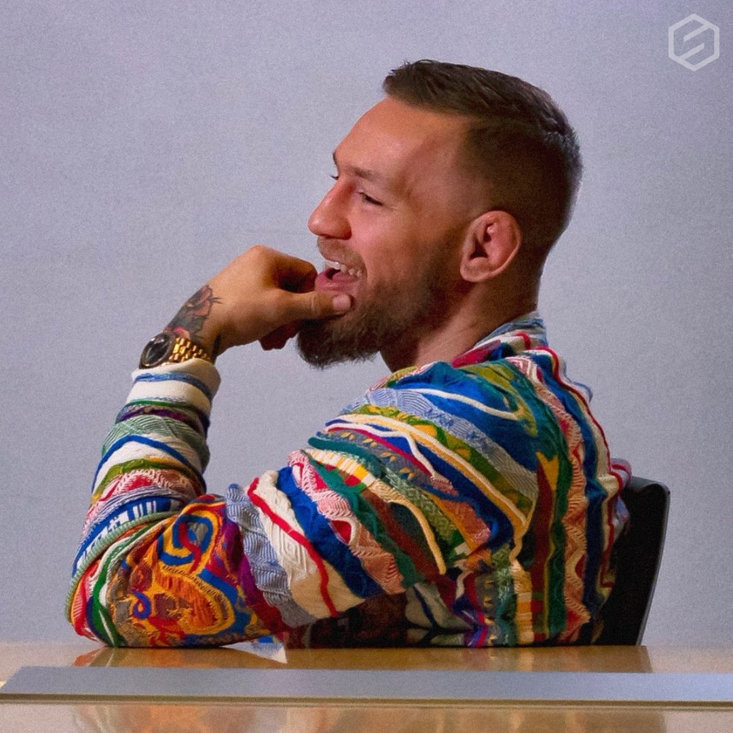 McGregor has never hidden his love for Christopher Wallace aka the Notorious B.I.G - they do share nicknames after all - and the fighter has famously come out to the Brooklyn rapper’s “Hypnotize” at previous fights. His love for the hip-hop icon was never clearer than when he turned up to a UFC event adorned in a Coogi sweater made famous by Biggie in the 90s. Conor McGregor posted on Instagram alongside a picture of him in the top, “Stay far from timid, only make moves when your heart is in it, and live the phrase sky’s the limit – The Notorious B.I.G.” 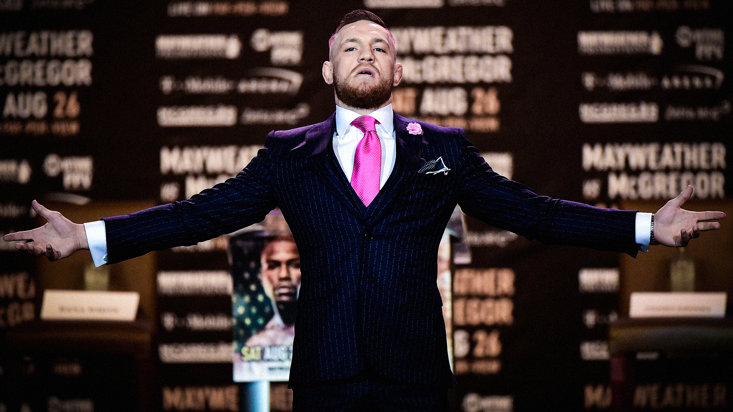 Floyd Mayweather might have emerged victorious in the ring when McGregor made the swap from the Octagon to the ring but the Irishman definitely came out ahead in the pre-fight build-up. Case in point, when he turned up to a promotional tour event in 2017 in what looked like an ordinary pinstriped suit. They weren’t any old stripes though, and in fact bore a message for his boxer opponent: “F**k you.” 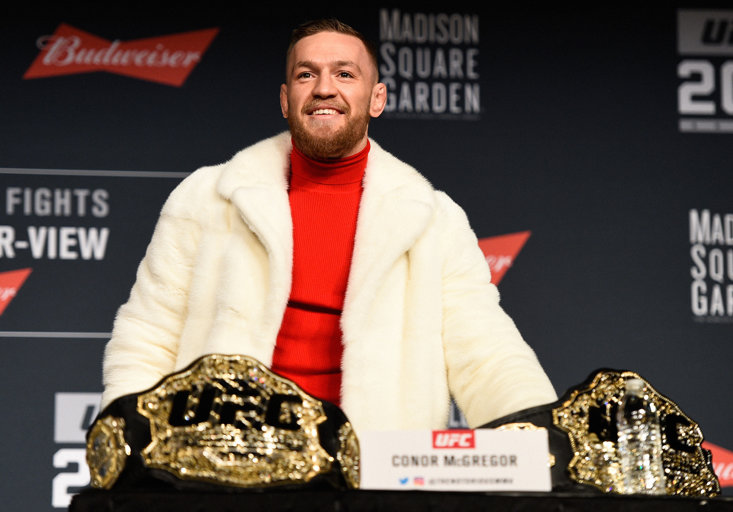 McGregor likes paying tribute to the legends of combat sport past and heading into his fight with Eddie Alvarez in 2016 he honoured bona fide boxing royalty with his latest outfit choice: Joe Frazier. Turning up to a conference in a red t-shirt, printed trousers and a white knee-length coat, he echoed the heavyweight champion’s own get-up before his second bout with Muhammad Ali in 1974. 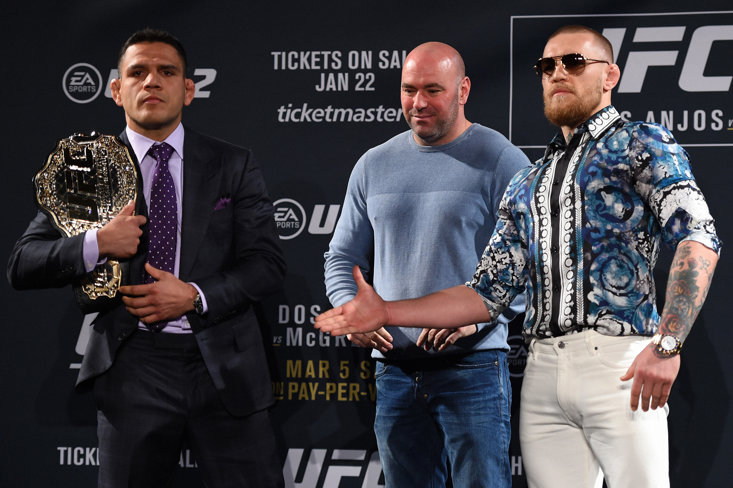 This time mimicking a genuinely notorious figure, at UFC 197 ahead of his lightweight bout with Rafael Dos Anjos in Las Vegas, McGregor rocked up with a new haircut and a colourful Versace silk floral Barocco Shirt and declared, “I’m dressed up like El Chapo in his prime.” The reaction to the comparisons he made between himself and real-life drug lord Joaquim ‘El Chapo’ Guzman were mixed to say the least. 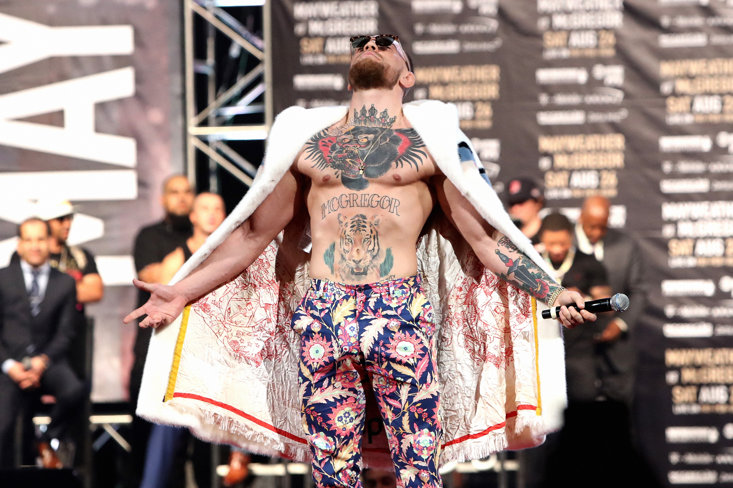 Another one from his run-in with Mayweather, this time at another press conference (there were a lot!), the MMA star graced the stage in another thick, long white coat and colourful trousers, only this time he had no shirt on. The most bonkers thing about this attire though were the claims from McGregor that the coat was made from real polar bear fur. These claims were immediately doubted, but McGregor caught flak for it anyway.