Style
The special footwear has been named after the star's hometown in north-east Paris
Elliott Bretland
16:00, 09 Dec 2019

Kylian Mbappe is living the dream.

The supremely talented forward is considered one of the top young footballers on the planet and has already won the World Cup as a teenager.

Now this football-mad kid turned Paris Saint-Germain and France superstar has taken another step towards global stardom with his own boot.

Named after Mbappe’s hometown Bondy, a suburb in north-east Paris, these boots look the business.

“Bondy is always in my heart; it’s where I found and fell in love with football,” Mbappe said.

“It helped shape me as a person and as a player. I have a lot to be thankful for and it is special that Bondy is at the center of this collection.

“Back then I had my heroes and many of them had their own special edition Nike boot, so to join them in now having one of my own is a dream come true.”

As well as the boots, the Nike collection will also include Air Max 98, jerseys, hoodies, a t-shirt, cap and football.

The footwear will be released at select retailers on December 11th but if you’re desperate to get your hands on a pair you can buy from Nike online stores. 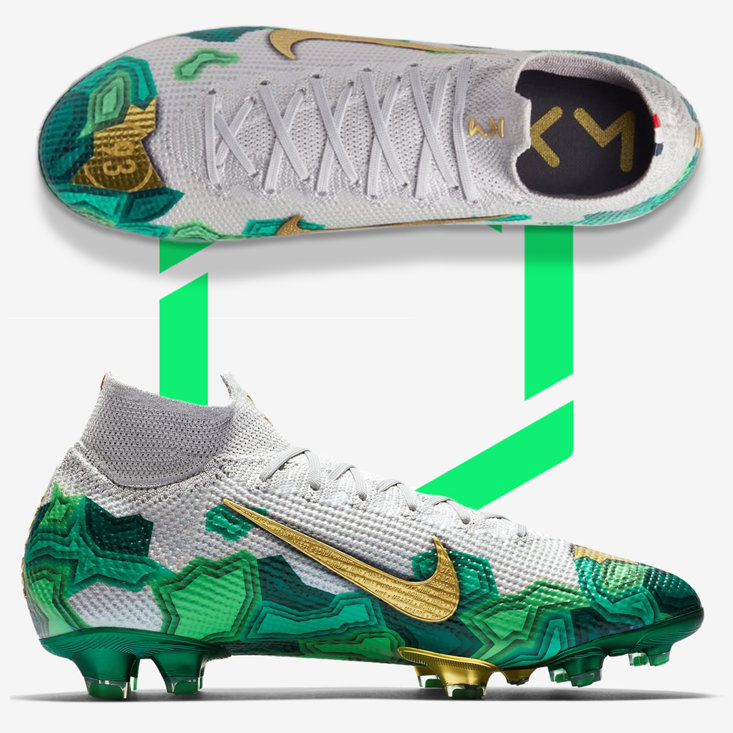