Ever since a great white shark wreaked bloody havoc on a New England beach resort in the 1975 Spielberg classic Jaws, making fishermen across the world seriously question the size of their boats, we’ve been absolutely fascinated with the deep blue sea’s ultimate predator.

Case in point - an entire week dedicated to the fish on the Discovery Channel has been a cultural phenomenon for over thirty years! 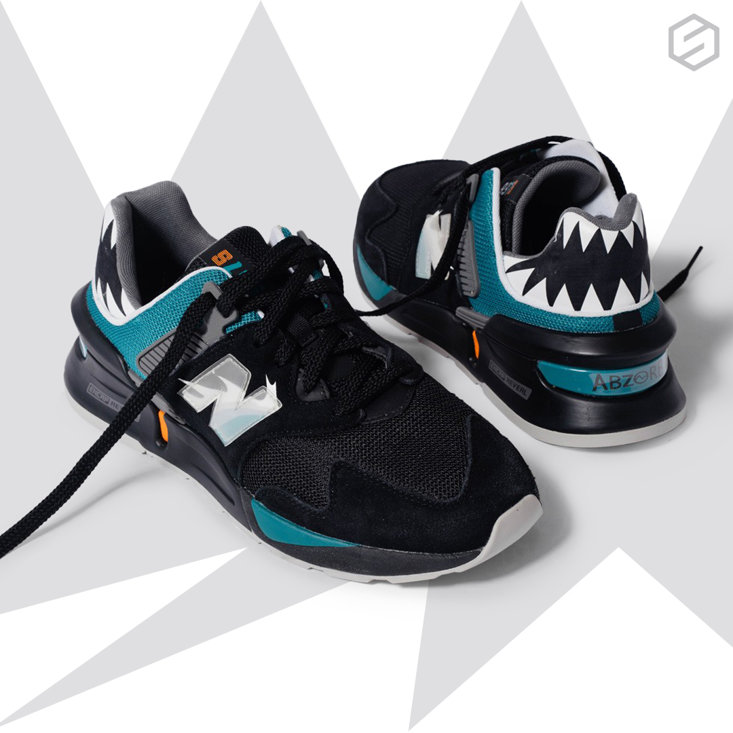 Now, New Balance are teaming up with folks at Shoe Palace once again to bring us two new updates on the 997S, which they are dubbing the ‘Great White’ collection. These shoes take their inspiration, rather chillingly, from the infamous ‘Red Triangle’, an area off of the Northern California coast where almost half of the recorded great white shark attacks on humans have occurred. 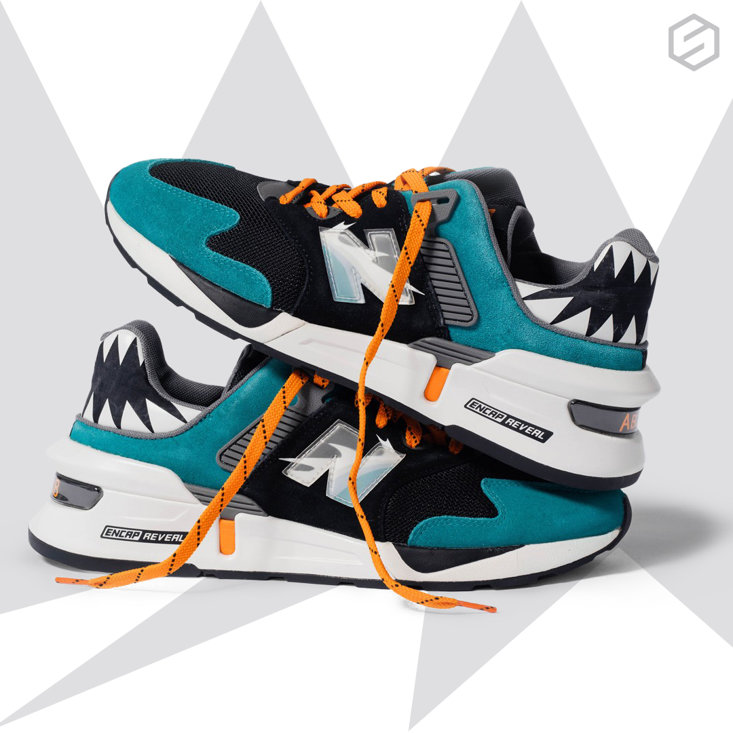 Fortunately, while these sneakers definitely pack a bite, they won’t leave you in A&E like their aquatic inspirations. That’s because, on the heel of these beasts, is a frightening fanged design that looks like a shark’s fierce grin as it goes in for the kill. The black and teal colourway seems to be a subtle nod to the NHL’s San Jose Sharks, whilst New Balance’s ‘N’ insignia, on the midfoot, is split by crashing waves through the middle. Both shoes in the collection look pretty similar with the main difference being the midsoles and laces, with the lighter pair using a white midsole and orange laces and the darker pair placing black in both spots.