August 23 should have been Kobe Bryant’s 42nd birthday. Instead, due to the tragedy of January, the world of sport has to find fitting ways to mark it without the Los Angeles Laker present.

Nike and Bryant enjoyed a beautiful 17-year relationship that provided basketball fans with some of the most desirable sportswear ever available. In tribute and in honour of the late great American’s birthday, Nike have now helped initiate the first-ever ‘Mamba Week’, taking the title from the Lakers’ legend self-adopted moniker. 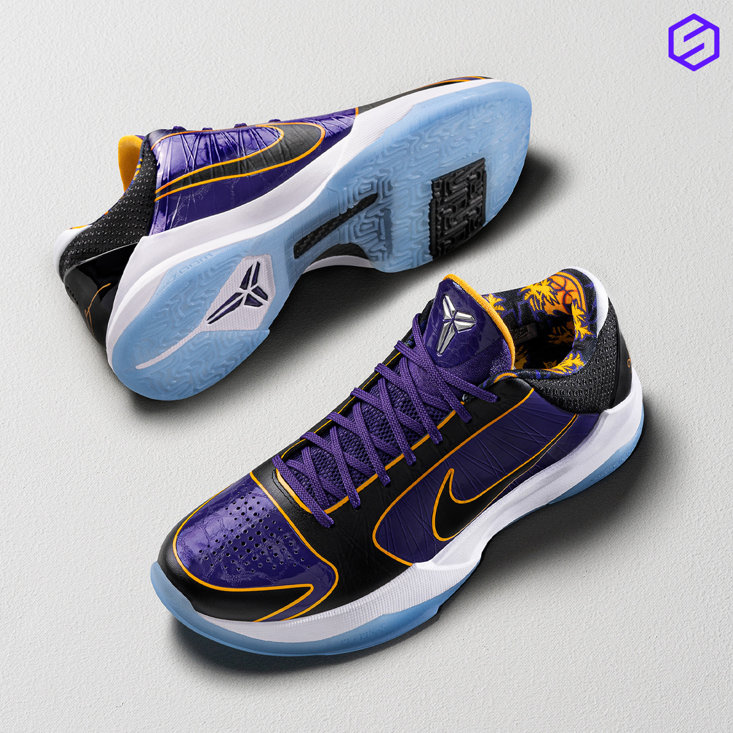 The Nike Foundation will be making a $1 million USD donation to the Mamba and Mambacita Sports Foundation in memory of Bryant and his daughter, Gianna, who was beside her father in the helicopter crash on January 26.

Nike will then present five takes on the Kobe 5 Protro kicks. There will first be three in-line styles and two more will then be produced alongside West Coast-based boutique and sneaker retail imprint UNDEFEATED. 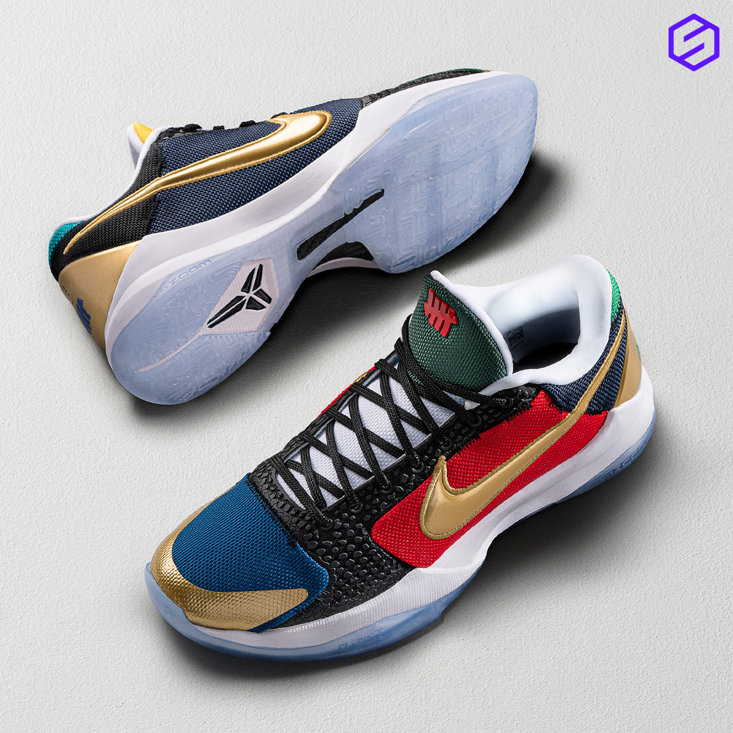 Arguably most eye-catching, in adherence with the Mamba nickname, a special snakeskin-printed jersey that combines his two famous west-coast numbers, #8 and #24. Poignantly, the jersey was originally co-designed by Kobe himself in 2017.

But onto the sizzling shoewear. First up is the “Big Stage” range, which incorporates a black, white and gold colour scheme with sublime lasered detailing, paying homage to Kobe’s fifth NBA championship with the Lakers in 2010. Then there’s the “5x Champion,” that uses the tri-colour a purple, gold and black scheme that harks back to the bespoke jackets Jeff Hamilton crafted for Kobe after his second and third Larry O’Brien Trophies. The third, perhaps most interestingly, reflects the Mamba/ Snake theme once again, with the “Girls EYBL,” a scaly green, gold and white style inspired by Greek mythology’s Medusa - the Gorgon who had snakes instead of hair and could turn people to stone if they looked upon her face. 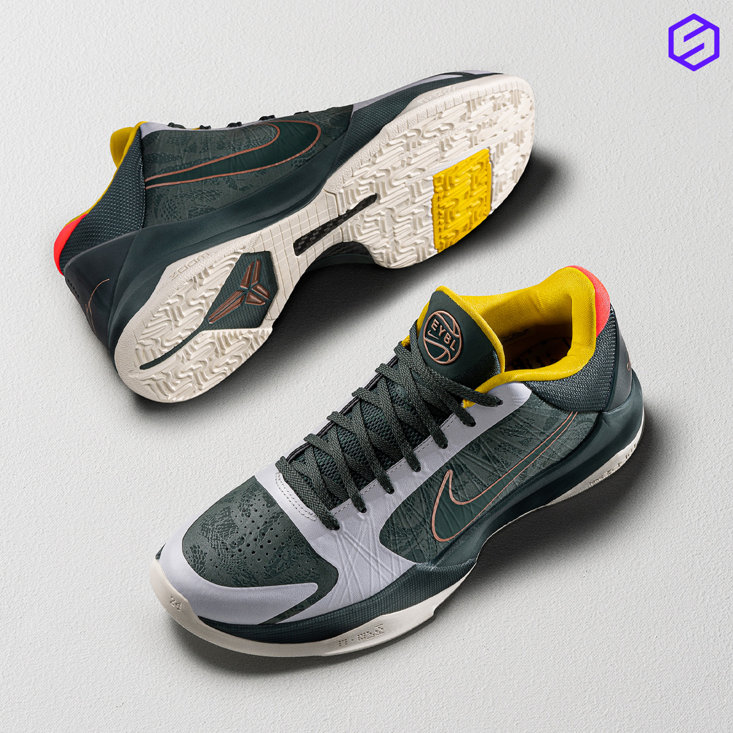 Onto the UNDEFEATED,  there’s the “What If” pack, recalling how twelve (TWELVE!) teams passed on Bryant in the 1996 NBA Draft, and then the franchise that selected him - the Charlotte Hornets - immediately let him go to California. The ‘hypothetical’ motif brings together the colours of the 12 sides that missed out on the chance to select the 18 x All Star.  The second style takes on the scheme of the team in which Bryant had the briefest of dalliances, the Hornets, with white and teal. Gold is a major theme to both,  in order to highlight Bryant’s magnificent five championship rings across his almost peerless two decades in the game. 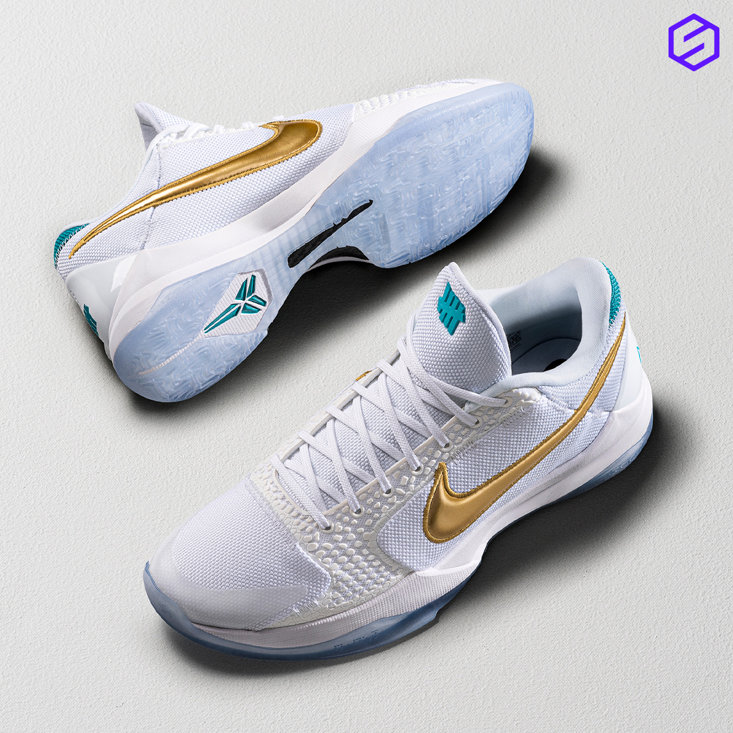 Bryant may have gone but Nike are certainly ensuring that his memory and legacy prevail. 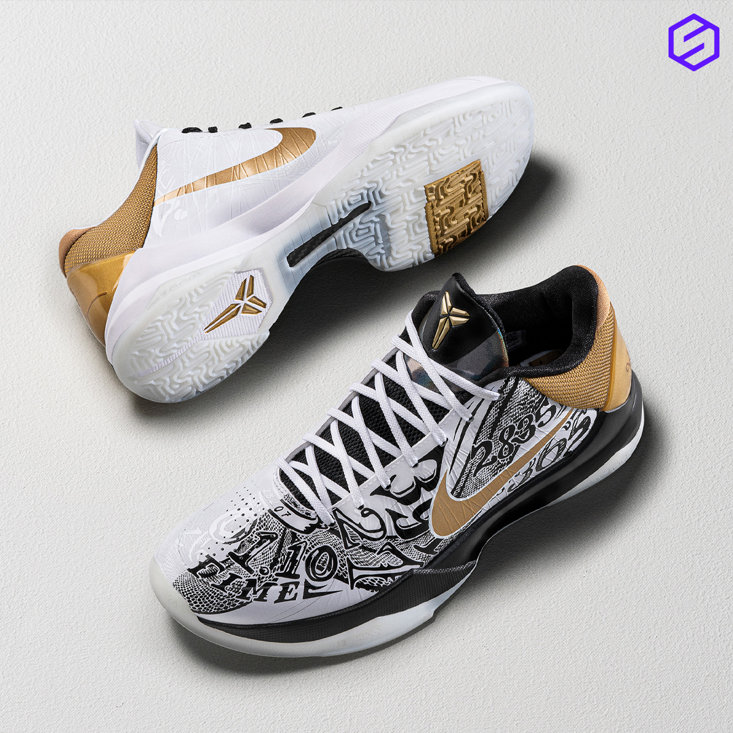 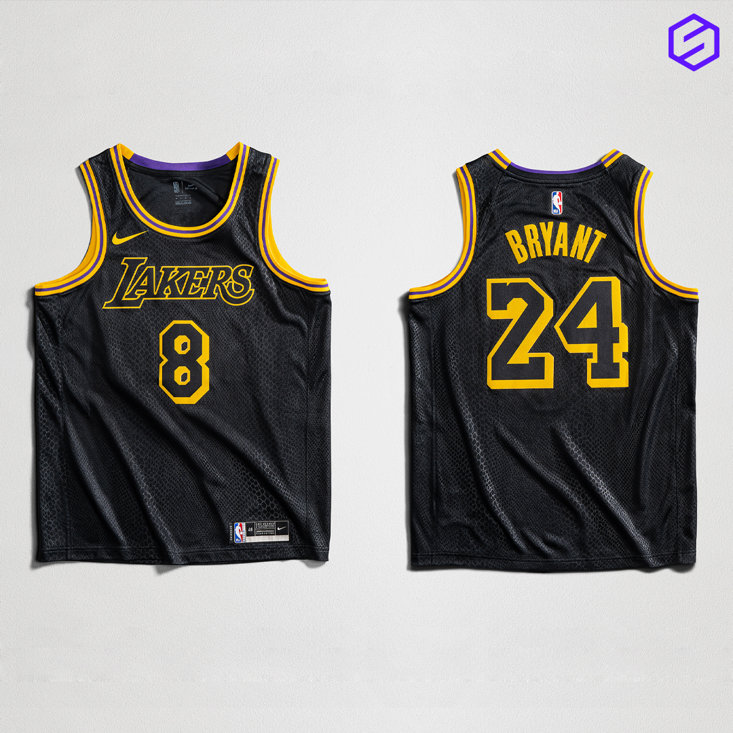