Manchester is home to a couple of the biggest football clubs in Europe, you know who they are, along with iconic Olympians past-and-present, boxing champions, British cyclists, general sports nuts, and don’t forget Lancashire cricket club. You get the gist.

Therefore you won’t be surprised to hear that within its boundaries Manchester has a number of sports bars for you to kick back in, relax, and soak up all the action seven day a week.

Five of which we take a look at below.

The Brotherhood of Pursuits & Pastimes

Best For: The complete sports experience

Located bang in the centre of the city, the Brotherhood of Pursuits & Pastimes is spread out over three differing floors, plus there’s a sun-drenched seating area outside for when the big ball in the sky does pay a visit to these parts.

The ground floor, complete with sizeable screens, is always a blast while the upstairs ‘library’ provides a more intimate setting, however downstairs is where all the real action is. We’re talking darts, ping pong, foosball, and pool, plus booths with private screens for your viewing pleasure. The walls are decked out in sports posters, and while football is the focus, there’s late night NFL, boxing, and even screenings of Game of Thrones.

Foodwise, you can feast on Beef & Ale pieces, Pulled Pork Burgers, Buffalo Chicken Wings, and even a Black Pudding Scotch Egg. Just sumptuous. If you’re especially peckish, or with a group of mates, there’s a series of appetizing platters to scoff, washed down with a decent selection of beers, whiskeys, gins, and cocktails.

Best Personal Experience: Watching the 3-3 thriller between Portugal and Spain during the 2018 World Cup. Absolute humdinger, aided by a cracking atmosphere, and a few too many beers. 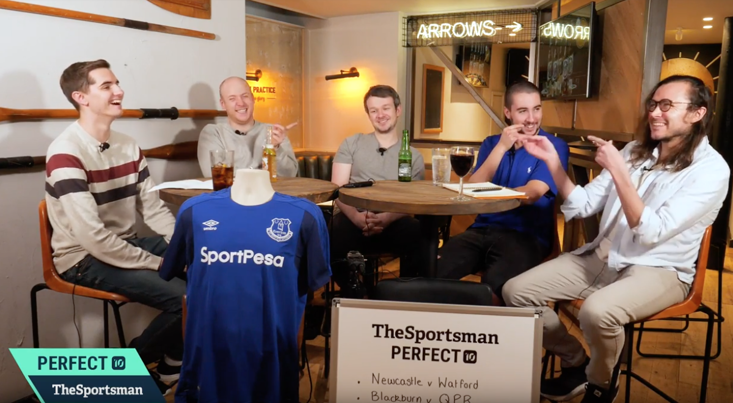 The Sportsman has even been known to film at The Brotherhood

Best For: Your wallet - cheap and cheerful

Wherever you look in Shooters you’ll be greeted by a screen to satisfy your sporting needs, whether it's one of the huge projectors, or multiple TVs showered around the venue.

Shooters Bar is nestled inside a Bierkeller so there’s no shortage of steins available to complement the action. Don’t forget to make the most of happy hour where you can get drinks for bargain prices, while bratwursts, ribs, burgers and nachos are all on the menu. Then there’s the tasty Garden Burger for the veggies.

It’s more stag-do than fondue, so if you’re after a sophisticated night then this probably isn’t the place for you, but when Shooters gets busy there’s an electric atmosphere making for a cracking experience, whatever the result.

Best Personal Experience: The only venue I’ve ever seen, and probably will ever see England win a penalty shoot-out. 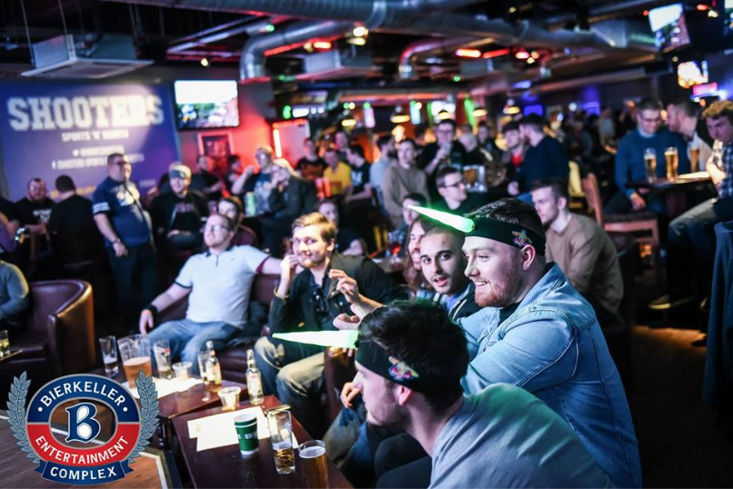 Best For: A sprinkling of sporting elegance, and the variety of sports on show

Whatever the sport the staff at Director’s Box will be more than happy to ping it on one of the nine screens for you - four different sports can be shown simultaneously.

Football is the staple, but you’ll often find fans transfixed by the cycling, glued to the golf, and roaring on the rugby in an open, bustling setting with a variety of sports pictures plastered on the walls. Take your seat on the bar stools or booths in what is definitely the most high-end sports bar on the list.

Make sure you get the Nachos, the serving size comparable to a dustbin lid. 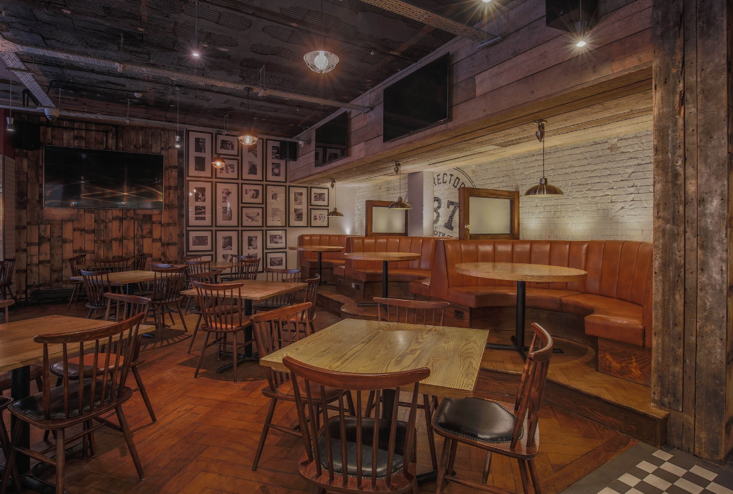 Best For: Character and charm

Located within Manchester’s most dazzling district, the Northern Quarter, the Tib Street Tavern provides a cracking option for sports fans. It may not have the sports feel of the Director’s Box and Brotherhood or a plethora of screens like Shooters, but it is quirky, cool, and a great spot to catch up with your mates and drink in the sporting action - but get there early as its popularity among Manchester folk means it gets very busy during peak game times.

It’s also a great starting spot for day/night in the Northern Quarter given the multitude of bohemian bars, eateries, coffee spots, and vintage shops in the area. 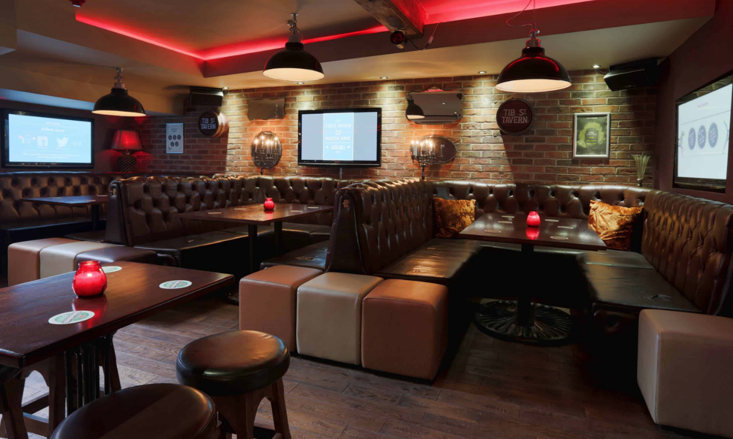 Best For: Getting competitive on a work night out

The fifth and final bar is a little bit different.

Flight Club is the newest addition to the Manchester scene, which as you may have guessed is all to do with the beautiful game of darts.

To put it simply the trendy pub venue is drenched in darts boards, 14 oches to be precise, providing the perfect setting for you and a group of up to 30 mates to get competitive and battle it out in a variety of engrossing multiplayer games, complete with an electronic scoring system.

The eye-catching carousel style bar is a spectacle in itself, while the pizza paddles, draft beers and signature slushies compliment the action itself.

Very cool, pretty hipster, and bustling with energy. Just make sure you beat your boss.

*This may not be true. 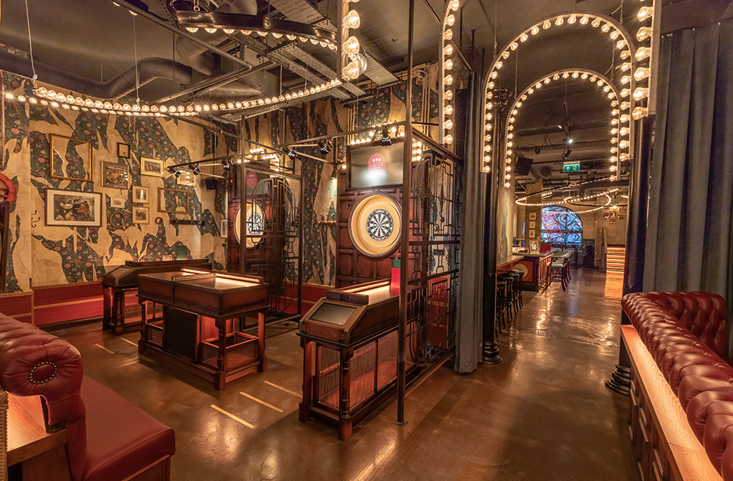 Nag’s Head - Man Utd fans will enjoy this Red Devils pub with the eye-catching George Best memorial in the beer garden. You may even spot Del Boy.

The Green - Sink a hole-in-one on the virtual golf.