Lycra. The skin-hugging, belly-showing, blood-restricting material that should only be worn by elite level cyclists. It has never been fashionable. Until now.

As is the way with the modern world, the outfits adorned by all of the big name cyclists during major races are now nothing more than billboards advertising the latest product you neither want or need. Collaborations are rarer than a Paul Hollywood handshake (sorry, too much Bake Off) in the world of cycling but finally we have won. Cycling clothing brand Rapha have teamed up with streetwear dons Palace and come up with something extremely eye-catching. 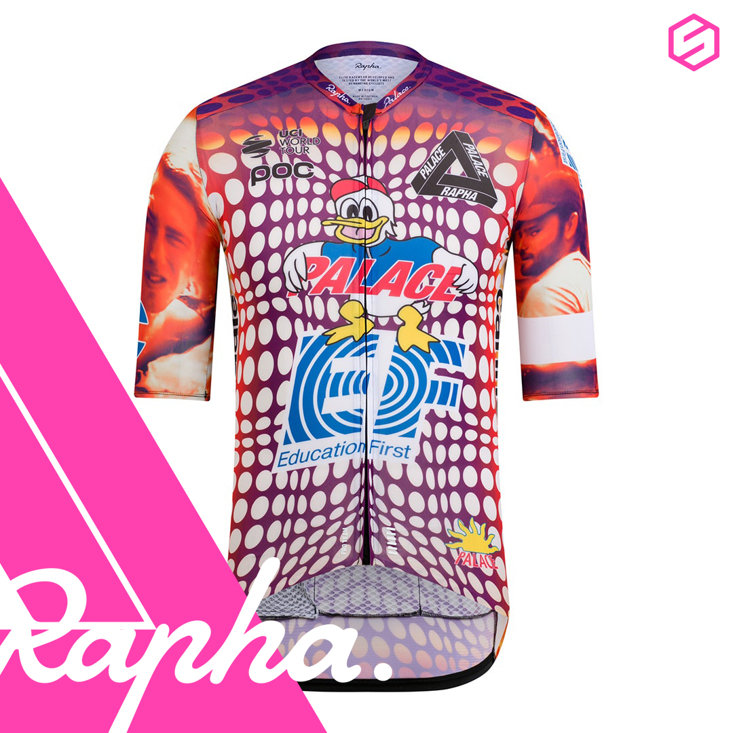 Rapha were already designing the outfits of cycling team Education First ahead of the delayed and therefore much-anticipated Giro D’Italia, but now they have jazzed up the pink and blue design with this outlandish number. Both Soho brands have combined to create this eye-catching number, which features a knock-off Donald Duck, wearing a flipped-peak cycling casquette and a cycling jersey. 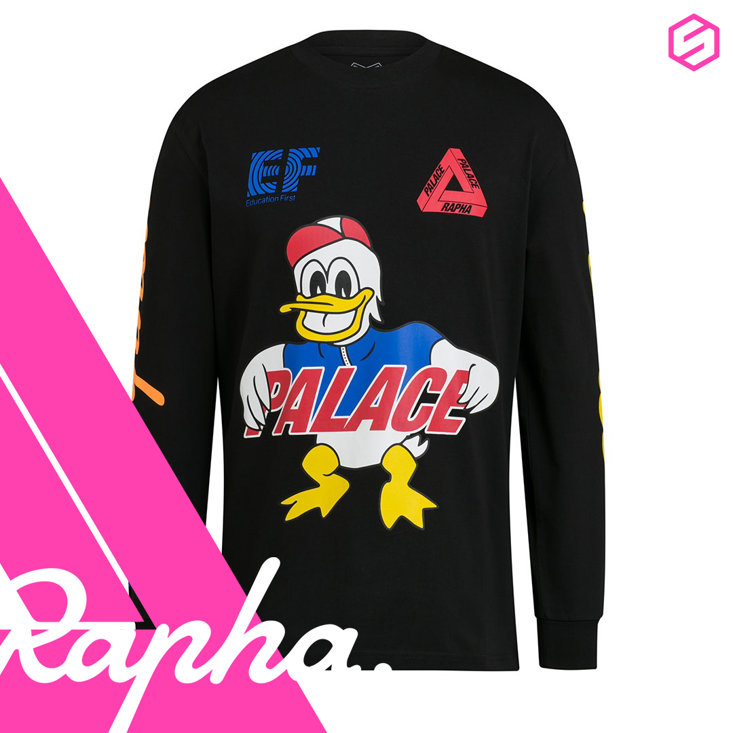 That could be enough to knock any member of the peloton off balance if they catch a glimpse of Donald up close. Palace’s iconic triangle is perfectly blended with the Rapha logo - in fact, the two look as if they belong together. 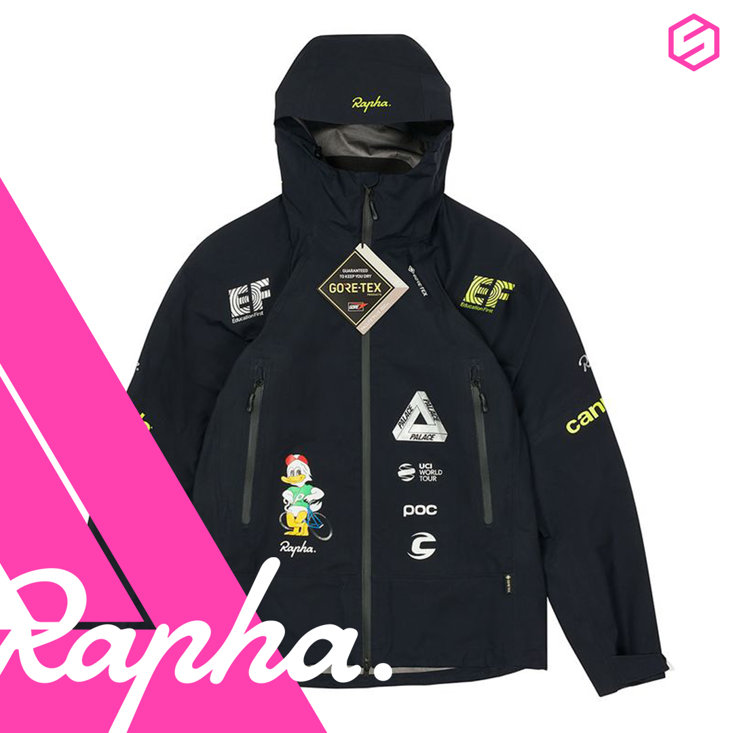 The streetwear brand has been inspired by Italian pro-cycling designs of the late 80s and 90s. Brash and colourful, they’ve hit the nail on the head. However, in a strange ‘Circle of Life’ moment that even Elton John would be proud of, Rapha was set up as a direct rival or an alternative to those Italian brands. 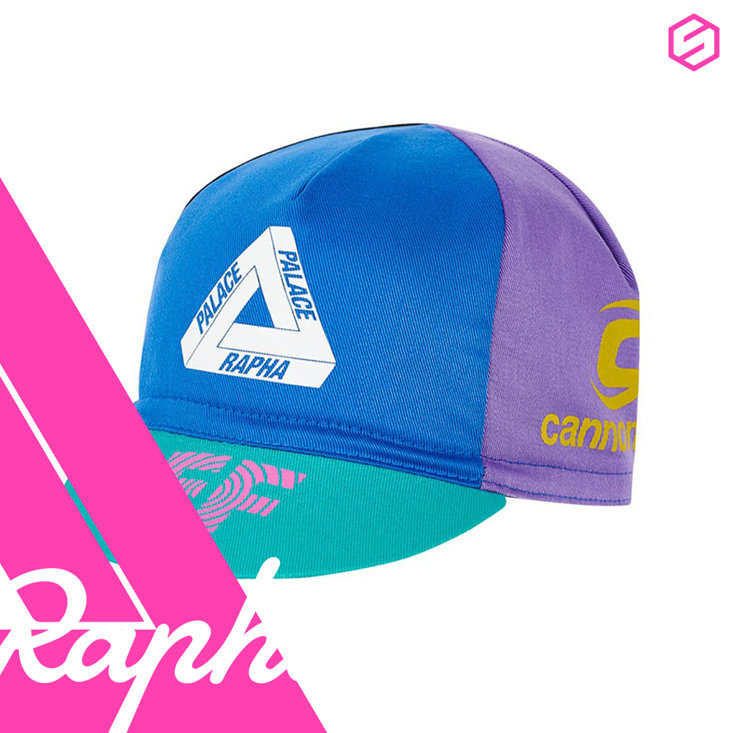 Palace have enjoyed sporting crossovers in the past, Umbro in 2012 and Adidas+Juventus last year, but this could just be the most eye-popping to date. Lycra, it turns out, can be fashionable.