From the Third Crusade to the Italian Renaissance, the deserts of Ancient Egypt to the vast oceans of an 18th century Caribbean, Assassin’s Creed has taken gamers through the history books for well over a decade now and fans are eagerly awaiting the next instalment, Assassin’s Creed Valhalla, which is set for release next month.

The latest offering of Ubisoft’s uber-popular action-adventure series puts players in the role of Eivor, a Viking from Norway, as he attempts to lead his people in establishing a settlement in Anglo-Saxon England. It looks incredible and it’s one of the most anticipated games in what is remaining of 2020 (the series has sold 140 million copies worldwide since debuting in 2007). To celebrate the launch, Ubisoft are partnering up with Reebok to deliver an Assassin’s Creed Valhalla collection of footwear and clothing. 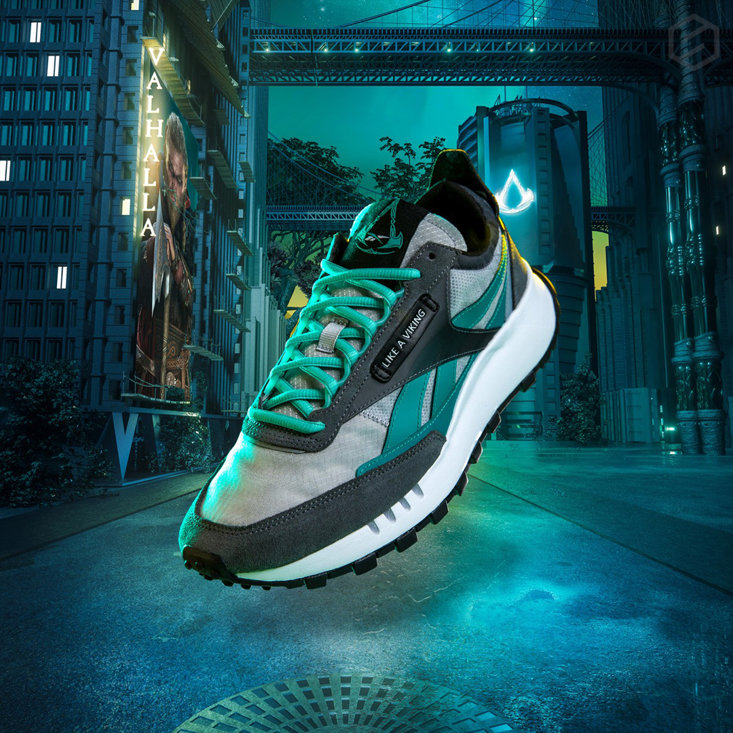 The collection is headlined by three previous footwear styles that have been rehauled with Assassin’s Creed branding and a gorgeous colourway that reflects the Northern Lights. The Classic Leather Legacy is designed like a running shoe and comes with a “LIKE A VIKING” slogan stitched on the side, whilst a Reebok x Assassin’s Creed logo can be found on the tongue. There is a raven symbol on the heel, which Ubisoft says “speaks once more to the deep meaning of these creatures for the Vikings”.

Simple but stunning, the Zig Kineticas capture the “deep black of the Nordic night”. It features a symbol for Synin, a raven who will help players on their journey when they finally get their hands on the game. 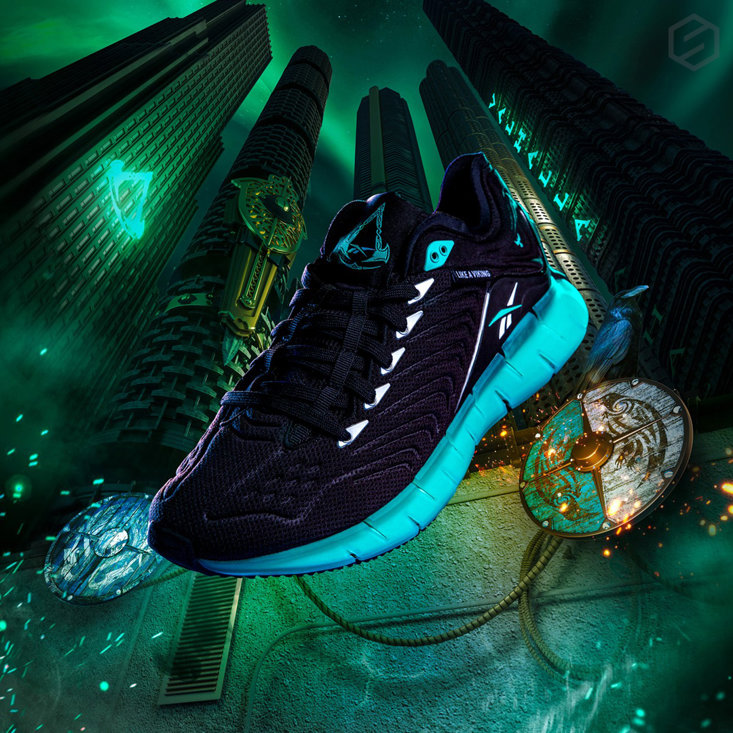 Last up is the casual Club C Revenge which comes in a white upper, maintaining the same aurora borealis emerald theme of the other trainers, but ditching the ravens in favour of a twin battle-axe symbol. On top of the three trainers, fans will also be treated to two hoodies, a cap and socks. 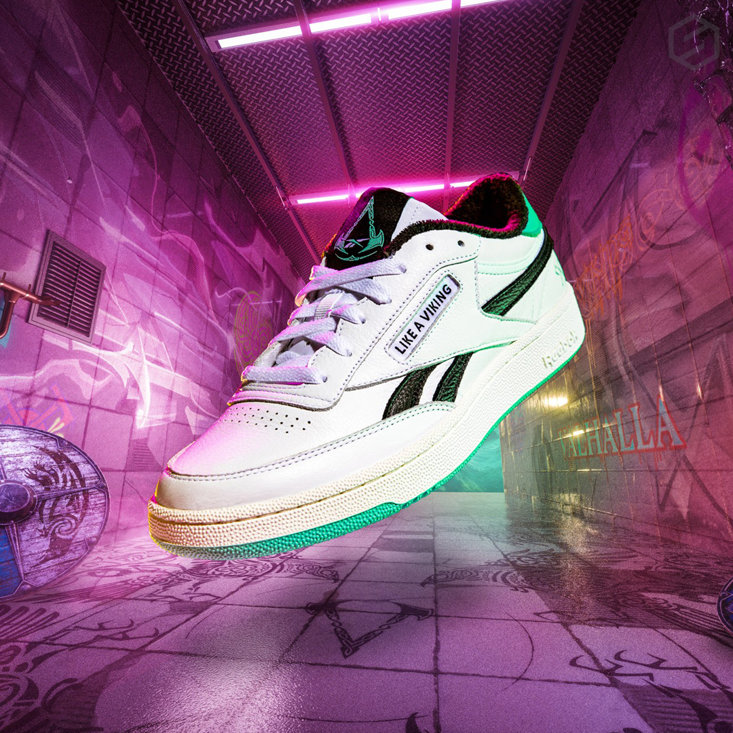 The limited-edition Reebok x Assassin’s Creed Valhalla collection will be available to buy from November 7 exclusively from Reebok, before going on general release with selected retail stores from November 11. The game itself lands on November 10 on Xbox Series X and S, Xbox One, PlayStation 4 and it’ll debut on PlayStation 5 on November 12 alongside the console’s launch.