Number one seed Michael van Gerwen will face either Alan Tabern or Raymond Smith in the second round of the 2018/19 William Hill World Darts Championship, which kicks off at the Alexandra Palace on December 13.

With the event seeing 96 players lining up for the first time, the 32 seeded players will feature in the second round with the other 64 qualifiers doing battle in round one with the winners of those opening matches facing a seeded star in the second round, as the tournament warms up heading to the festive period.

Reigning champion Rob Cross has been handed a tie against Jeffrey De Zwaan or Nitin Kumar, while former world champion Gary Anderson will take on Paul Nicholson or Kevin Burness in a draw jam-packed with talented throwers.

Two female players will feature in the draw for the first time and Anastasia Dobromyslova has been handed a first round draw against Ryan Joyce with the winner facing eighth seed Simon Whitlock in round two, while Lisa Ashton will do battle on the oche with Jan Dekker with the winner of that first round clash facing veteran Mervyn King in a potentially intriguing contest.

The tournament will conclude on January 1 with van Gerwen heading to the capital as a warm favourite, but there will be a whole host of lively contenders bidding for glory in the showpiece event on the darting calendar.

Check out the draw for the first and second round of the 2018/19 William Hill World Darts Championship here: 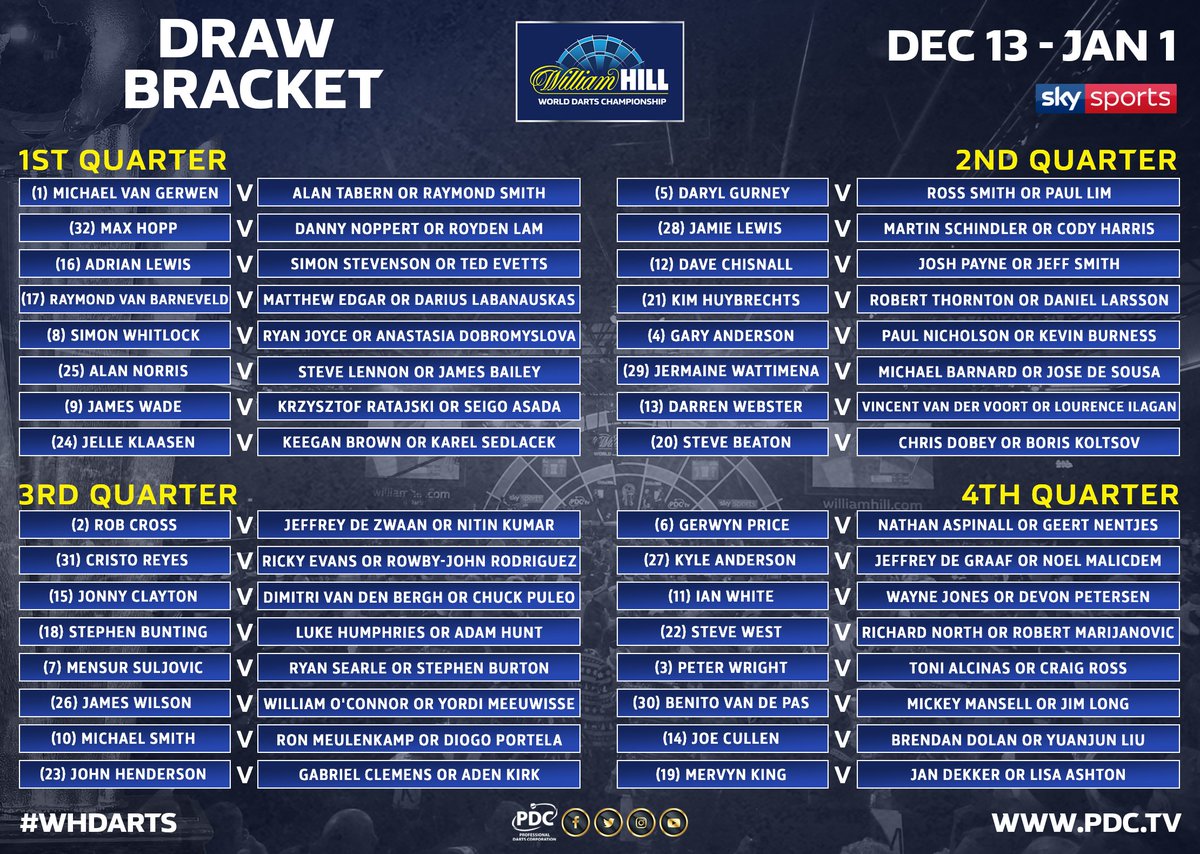