The schedule for the 2018/19 William Hill World Darts Championship has been announced and it will see reigning champion Rob Cross feature on the opening night of the Alexandra Palace extravaganza on December 13.

Cross defeated Phil Taylor in a memorable final last year and 'Voltage' will kick off his campaign on the first evening against the winner of the first round match between Jeffrey De Zwaan and Nitin Kumar.  On a jam-packed opening night of action on the oche, Lisa Ashton will look to cause an upset by downing Jan Dekker in the third match of the night, while following on from De Zwaan and Kumar's curtain-raising clash it will see Martin Schindler and Cody Harris do battle for a second round match up against Jamie Lewis.

Day two of the event will see more high profile names take to the stage for the first time and Gary Anderson will be last on on Friday night against Paul Nicholson or Kevin Burness, who clash in the afternoon session.

Hot favourite Michael van Gerwen will make his first appearance at the event on day three as the dazzling Dutchman will take on Alan Tabern or Ray Smith on Saturday 15 December, while two days later Anastasia Dobromyslova will take on Ryan Joyce in another intriguing tie.

The first round will conclude on Friday 21 December with Jonny Clayton facing either young gun Dimitri van den Bergh or Chuck Puleo, who will contest their first round match three days earlier in front of what is sure to be a packed crowd in the capital.

Check out the full schedule for the 2018/19 William Hill World Darts Championship here: 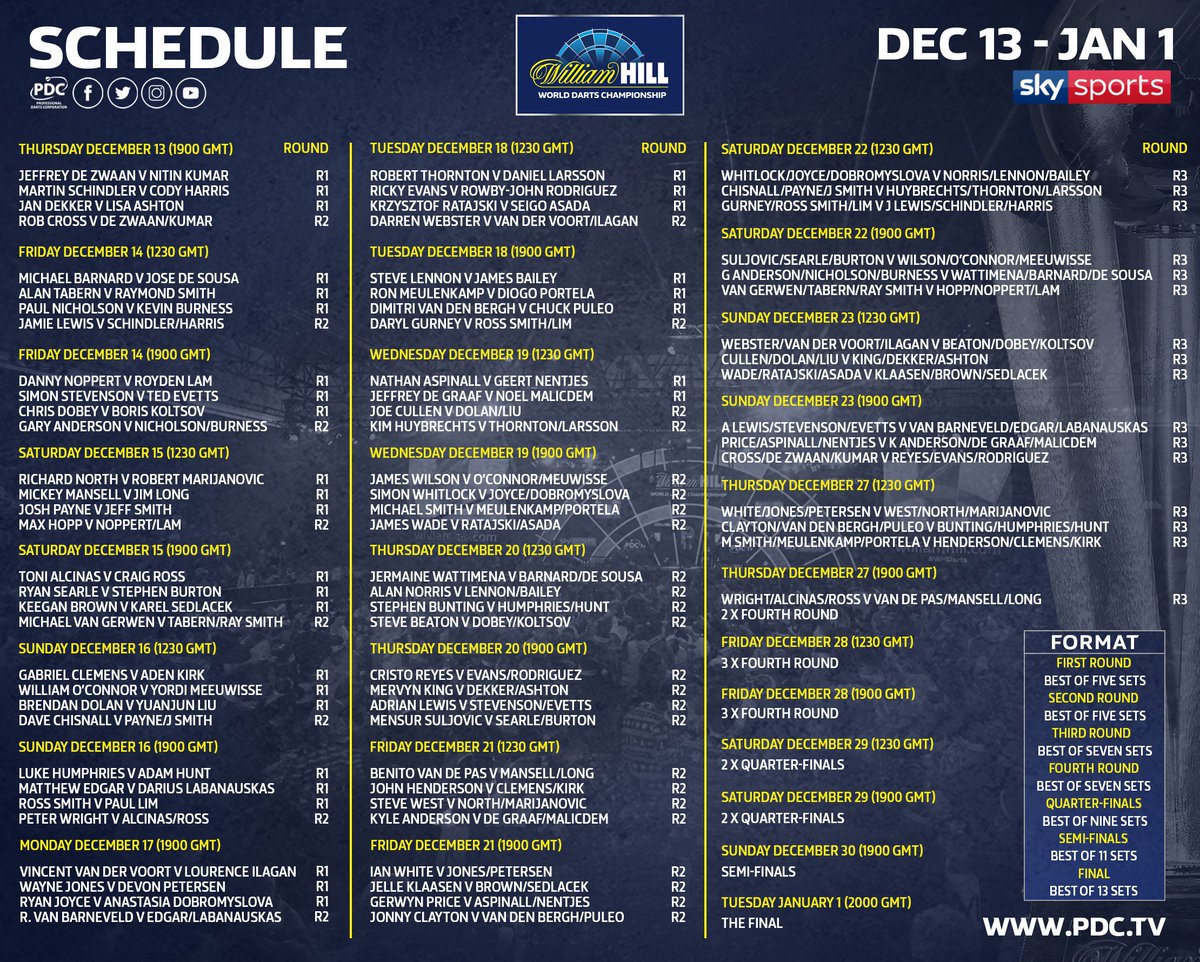