It's time for some history in the sport of darts as the inaugural Betfred Women's World Matchplay takes place in Blackpool on Sunday, with the iconic Winter Gardens playing host to the historic eight-player event.

The first fully-televised PDC women’s tournament will be held on a blockbuster afternoon of action, with live coverage on Sky Sports and through the PDC’s worldwide broadcast partners. The field is composed of the top eight players from the 2022 PDC Women’s Series Order of Merit, with five different nations represented in the knockout tournament.

The winner receive the £10,000 top prize, plus a spot in November’s Cazoo Grand Slam of Darts in Wolverhampton and top seed Lisa Ashton headlines this year’s showpiece following her incredible start to 2022, which has seen her claim seven Women’s Series titles from just 12 events.

Ashton, who became the first female player to secure a PDC Tour Card at Qualifying School in 2020, is now aiming to write another glorious chapter in her glittering career.

“This is fantastic for me,” said the four-time Lakeside Champion, who plays Scottish teenager Chloe O’Brien in her opener.

“I’ve always wanted to play at the Winter Gardens, but when I lost my Tour Card I didn’t think I’d get the chance.

“Winning the Women’s World Matchplay would be right up there with my greatest achievements. I would love to have this trophy on my CV.

It is another massive opportunity for me, and I would love to be the first winner. I know what I can do, and I just hope I can produce it on the big stage tomorrow.”

Elsewhere, Fallon Sherrock is bidding to create more big stage history on her Blackpool bow, and the second seed takes on Irish teenager Katie Sheldon in an intriguing quarter-final tussle.

Lisa Ashton ⭐️⭐️⭐️⭐️
@LisaAshton180
Press all done for The Women's World Matchplay. Looking forward to it 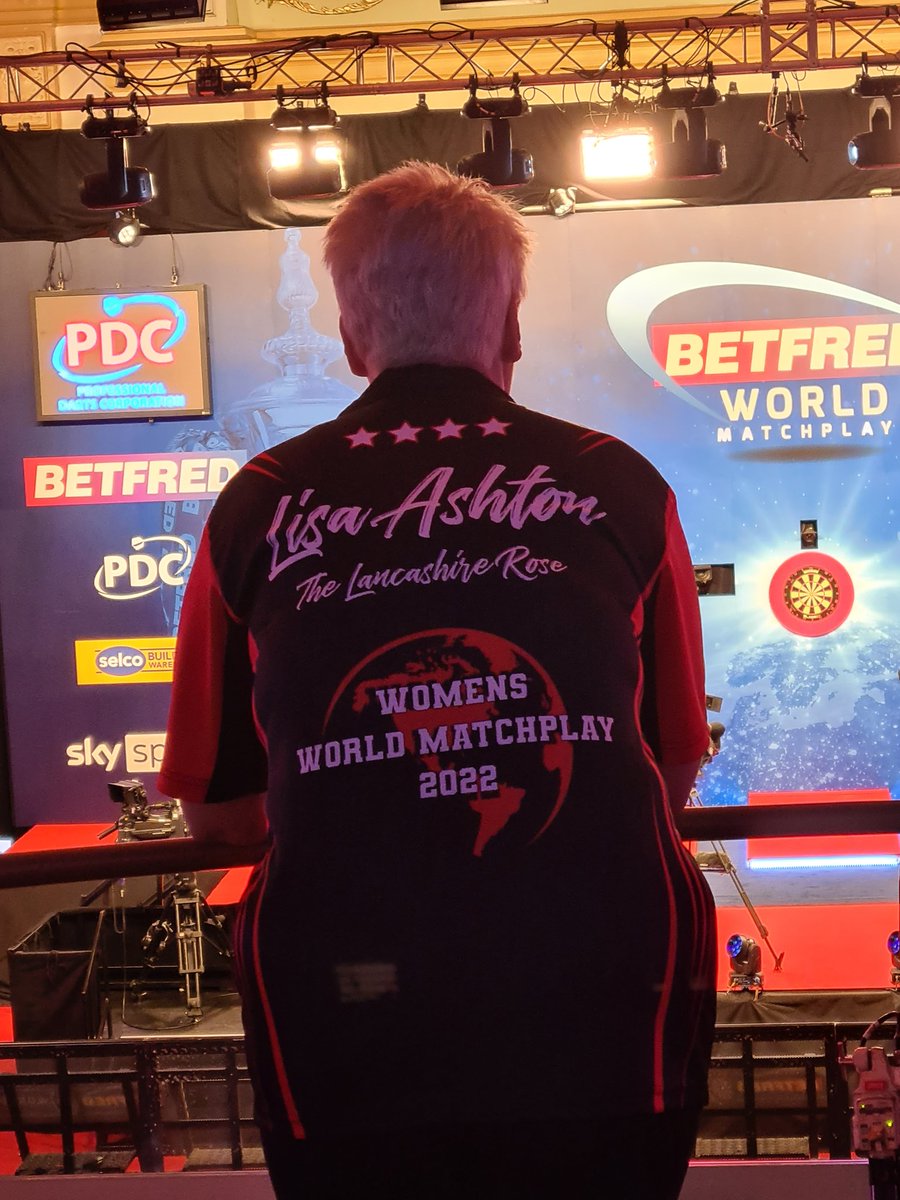 Former Grand Slam quarter-finalist Sherrock has scooped a hat-trick of Women’s Series titles this season, although TV debutant Sheldon is relishing the chance to take on one of the sport’s trailblazers.

“I’m absolutely buzzing. I cannot describe it,” said the 18-year-old, a regular on the Winmau Development Tour.

“It’s a dream come true and to be playing on such an iconic stage, I cannot wait.

“I think you have to relish the underdog tag, but everyone has three darts on that stage, so anything can happen.

“The last time I played Fallon I beat her, but it’s going to be completely different up there. I just have to play my own darts and see what happens.”

Ashton has been installed as the 5/4 tournament favourite with title sponsor Betfred, with Sherrock closely behind at 13/8, ahead of Winstanley at 7/1 and Griffiths at 12/1.

Tickets for the Betfred Women’s World Matchplay are still available to purchase here.

Fans are also able to pay at the Winter Gardens on Sunday, with the action getting underway from 1300 BST.