No player could hammer and curl a ball with such ferocity as Jimmy Floyd Hasselbaink. And no player could grin the widest grin one minute then stare down the camera with complete menace the next.

The Netherlands international who was born in Paramaribo, Suriname, on this day in 1972, was one of the coolest characters and most complete footballers in the Premier League at the turn of the century.

Whether it was thumping a shot into the top corner from range in the memorable Puma strip at Elland Road or wellying a thunderbolt in blue at Stamford Bridge, he had it all. Hasselbaink wasn’t a target man in the truest sense but he was adept at bringing his team into play. He could hold off a defender with ease, take the ball down on his chest or bully them in the air. Turning at pace, he could zoom across the turf, galloping towards goal or playing a quick one-two.

Joining George Graham’s Leeds United for a fee of £2 million in the summer of 1997, he arrived with a reputation for being a prolific scorer after bagging 20 goals in 29 games for Boavista in Portugal, and he certainly didn't disappoint. In Hasselbaink's maiden season at Leeds he finished with 16 strikes, while he ended the 1998-99 campaign as the Premier League's top goal-getter, tied on 18 with young Liverpool attacker Michael Owen and Manchester United front man Dwight Yorke. 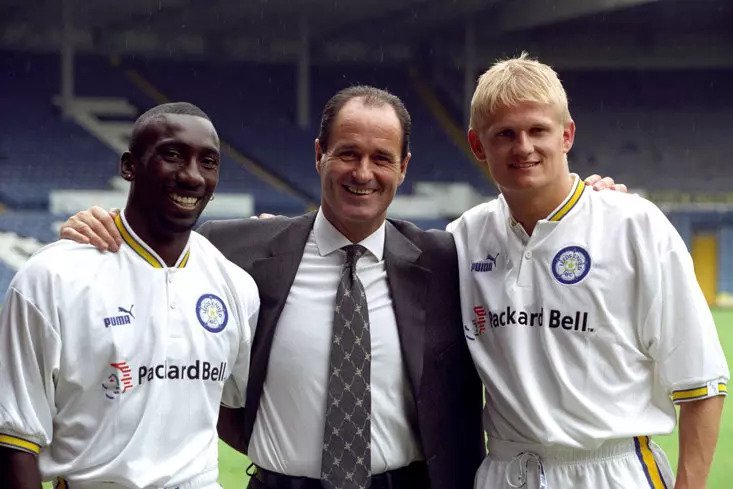 Playing alongside the youthful Harry Kewell, Ian Harte and Lee Bowyer, he was the potent force among one of the most exuberant teams in England and helped fire David O’Leary’s team to fourth to earn a place in the Uefa Cup.

However, dissatisfied with a contract offer from Leeds while having two years left on his existing deal, Hasselbaink left for Spain and Atletico Madrid. O’Leary said following Hasselbaink's departure: "What he is looking for I don't think any club in the country could afford and I don't think there is anyone on that kind of money over here.” The Irishman seemingly hadn’t clocked Chelsea’s foreign revolution, purchasing the likes of Milan legend Ruud Gullit, pocket rocket Gianfranco Zola from Parma and Juventus marksman Gianluca Vialli.

Astonishingly, Atletico were relegated from La Liga in 2000 (crazy to imagine today) and Hasselbaink was rescued by the Blues, who forked out £15m, matching the Premier League record which Newcastle paid to take Alan Shearer home in 1996.

Just as at Leeds, Chelsea excited but weren’t title contenders yet. They had bags of swagger and a cool collection of players. Hasselbaink and Eidur Gudjohnsen were lethal up front. The duo would read each other’s movement and could both find the net from anywhere. It must have been 90 minutes of torture facing them.

In 2001, under Claudio Ranieri, Jimmy finally scooped the Golden Boot outright with 23 goals for Chelsea, and continued to score at a frightening rate even after a move to Louis van Gaal’s Barcelona fell through. Hasselbaink played with such energy and wore his heart on his sleeve, he would scowl for an age after missing a chance but later celebrate with his team, full of expression, after hitting the target. 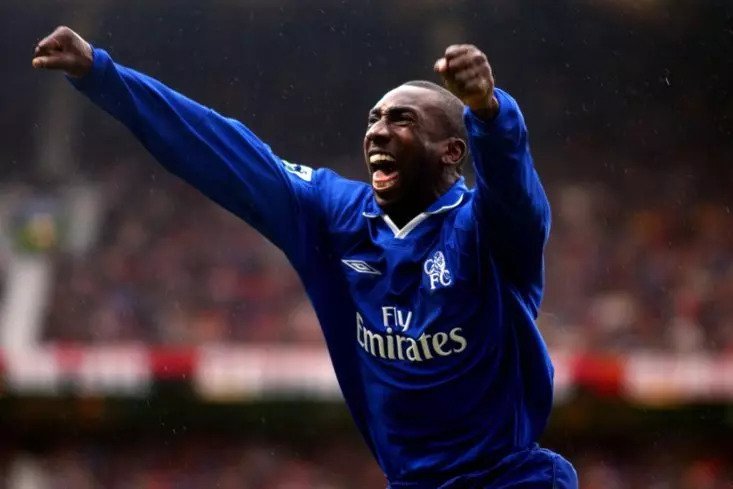 HASSELBAINK WAS CHELSEA'S TOP SCORER IN THREE OF FOUR SEASONS

A player of supreme talent, he needn’t have feared for his position when Roman Abramovich bought the club with the intent of ploughing millions into the Blues to make them a European force. Or so you would think. Chelsea went out and bought Romanian striker Adrian Mutu and the Argentine front man Hernan Crespo from Serie A, leaving Hasselbaink with a fight on to prove himself.

That’s exactly what he did though, thriving to outscore the duo and finish as Chelsea’s top scorer for the third time in four years. That season, he helped Chelsea finish second and played in both legs as the Blues reached the semi-finals of the Champions League, losing to Monaco.

He left in the summer of 2004 to join Middlesbrough, where he formed a frightening partnership with Mark Viduka, the man who had previously become Jimmy's replacement at Leeds. Hasselbaink netted 22 goals in 58 Premier League games before seeing out his career with Charlton Athletic and Cardiff City.

At Leeds and Chelsea combined, Hasselbaink scored 103 goals in 205 league matches; that’s a rate of one in two. He remains one of the most adored and well-thought-of players of the Premier League era, though also perhaps one of the most under-rated.