On day one they were horrendous with the bat. Day two brought a big day for the Aussies as Travis Head’s century helped them capitalise on some rookie England errors and a fair slice of luck. And when Head and Mitchell Starc began the third day with much of the same it seemed as though the end was nigh for the tourists.

But after they finally despatched the tail, not before Head had reached 150, they showed a greater stock of resilience when embarking on their second innings. Rory Burns initially appeared to have gone for a pair after his memorable golden duck off the first ball of the series, but a sensible review was taken and he survived, with the lbw call overturned.

He still only made 13, nicking behind to Alex Carey off Aussie skipper Pat Cummins, but at least he had seen off some of the new ball. That helped Malan to come in with a bit of the pace taken off rather than very early on as happened on Wednesday, and even after Haseeb Hameed was caught behind off Starc, a bit of a platform had been laid and Root arrived at the crease 21 overs into the innings. In the first knock, he was called upon after 20 balls. 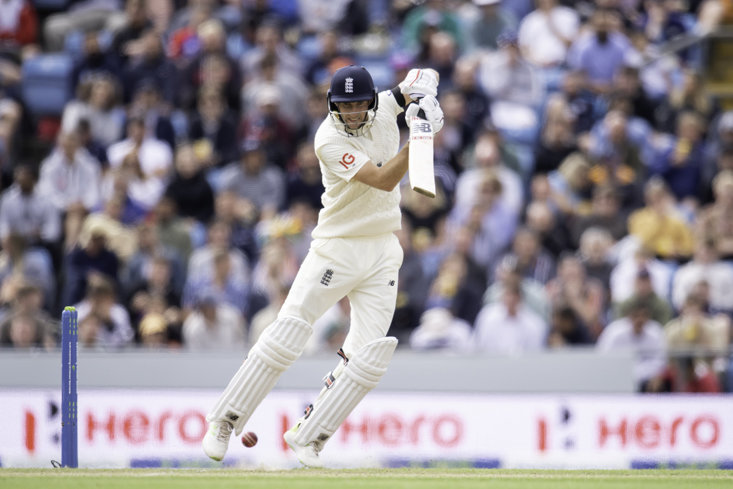 From there, Malan and Root were able to take on an innings like a true three-four combo can when given a base to succeed. Having scored six runs between them in the first innings, here they dug in and set about biting into Australia’s huge 248-run first innings lead. Root was at his customary best, setting a stall out while also picking his moments to split the field and gradually build a modicum of scoreboard pressure. Malan, for his part, was not far behind.

After Root passed Michael Vaughan’s record for the number of runs scored by an England player in a calendar year of Test cricket, the skipper continued to go about the task in hand, and by the close of play he was 86 not out with Malan on 80. This was a fantastic performance by the pair, but it will take concentration and resilience of the very same kind on day four if England are to set Australia anything more than a nominal target.

So far, the visitors have offered far too little of the fight that was on display in this 159-run stand. If the remaining batters can follow suit on Saturday, England still have hope of pulling off a miracle draw. Victory? Even that is not beyond the realms of possibility if Ben Stokes, Ollie Pope and Jos Buttler can take a leaf out of Malan and Root’s book.