Horse Racing
News
We've picked out five favourites and whether you should be backing them this month
Will Dowie
17:30, 07 Mar 2022

Just over a week remains before the greatest show on turf gets underway and the anticipation from both sides of the Irish Sea is palpable. The Irish once again have a plethora of talent heading over and after the 23-5 drubbing of the English in the Prestbury Cup, they’ll be supremely confident of taking the trophy back to Ireland. As with any other year, people will have accumulators filled with short-priced favourites and here I take a look as to whether they are worth taking on or are absolute ‘bankers’.

Henry De Bromhead’s mare has been simply scintillating throughout her career. She holds a perfect 14 wins from 14 starts record so it’s no surprise to see her head Champion Hurdle market with the queen of horse racing looking to keep her crown that she won so impressively last year. The Champion Hurdle looks a fairly weak renewal this year. Following setbacks for Sharjah and Appreciate It, it does all but feel that it should be a penalty kick for the 8yo. The odds reflect that at the time of writing, with the mare currently a paltry 4/9 chance. The question is: Would I back her at these odds? The simple answer is no. It’s an answer that won’t make me popular, but I think this could be the race that her crown slips. There’s a horse that looms large in here with a similar profile to that of the 2019 Champion Hurdle winner, Espoir D’Allen, which is Teahupoo. This horse has been on my radar following a 12l success beating current Triumph hurdle winner, Quilixios, in November at Naas.

A hugely progressive sort who continues to improve on each run. The dominant display in a Grade 3 last time clearly shows that this horse has got a very high ceiling who could be coming good at just the right time for Gordon Elliott. On paper, the 5yo has an unenviable task of giving 7lb to Honeysuckle, but given the progression this horse has made in all his runs this season, I don’t think it’s beyond the realms of possibility that this might not be enough to stop him. It is also worth noting that Honeysuckle hasn’t looked at her best this season despite going 2-2.

The win in the Irish Champion Hurdle looked impressive from the margin of victory, but Honeysuckle looked laboured near the finish, and it has raised some question marks as to whether this might just be one too many for the De Bromhead mare. What is for sure, is that her and Rachael Blackmore, as a combination have perpetuated horse racing to new heights. Nothing would give me more pleasure to see the mare make it 15 wins in a row bolting up to send the Cheltenham crowd into hysterics. However, there is a thought that this might be the year that her unbeaten record comes under threat. 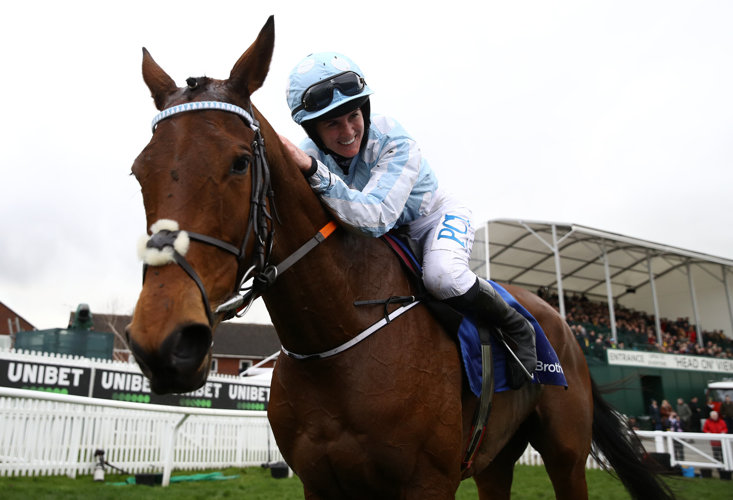 This is the British ‘banker’. It feels like last year’s Arkle all over again. Energumene is a doubt and Shishkin remains faultless. Can the 8yo deliver once again to send the favourite backers into clover? I think he is close to biggest ‘certainty’ that will be on show all week. He continues to impress and has won every race where he has stayed on all fours under rules.

It is interesting that, following reports of a stone bruise suffered by Energumene, that money has come in for the other Mullins runner, the evergreen Chacun Pour Soi. A Grade 1 certified animal who comes with big expectation but question marks as well. He has only come over to British shores twice and ran two shockers. The 10yo was the ‘Irish banker’ in this race last year, only to be beaten by Cheltenham specialist Put The Kettle On and Dan Skelton’s Nube Negra. It followed that up by running very poorly in the Tingle Creek in December, when it came last of five in what looked an ordinary renewal of the race.

Whatever it is about the British surroundings, the horse just doesn’t seem to enjoy it and I’ve not seen anything to suggest this will change. Energumene has had his opportunity to beat Shishkin in the Clarence House and still wasn’t good enough. Arguably, for many, the Clarence House was the race of the season as both went toe-to-toe, only for Shishkin to pull the rabbit out of the hat at the finish to defy a brilliant Paul Townend ride. Energumene had all the conditions in his favour that day. Next Tuesday, this will not be the case. It all points to a Shishkin procession and hopefully the Henderson 8yo can put down a marker to the rest of the division for years to come. 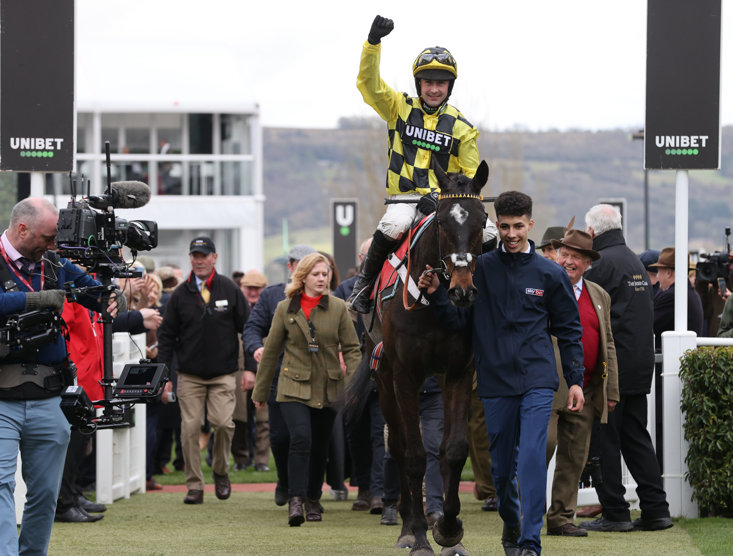 Everyones’ favourite horse returns to his old stomping ground, where he looks to take his fourth title in the race. Undoubtedly, this has been the plan for the 12yo all season, reinforced following the withdrawal of the gelding from the Grand National amid ‘unfair’ weighting from the handicapper. Although, on paper it was disappointing last time out, finishing 14th of 17, Gordon Elliott was delighted at the run, as he now looks to follow a similar pattern that has seen him be so successful in this race. What he will also enjoy is just how poor this contest looks this year.

At the current time of writing, the second favourite is Delta Work, a fellow Gigginstown counterpart, who won’t go if Tiger Roll is fit. Then you have the rest. Prengarde is third favourite despite being stuffed last time out. He is still only six and his trainer, Enda Bolger, is a bit of genius for getting his horses primed for this rigmarole that the Cross Country course throws up, but the run last time was definitely well below what was expected. Easysland is in the betting but whose love of the game seems to have ebbed away having been pulled up on his last two starts.

The move to local trainer Jonjo O’Neill hasn’t reignited that spark that once shone, when winning this contest from Tiger Roll by 17l and I’d be shocked if he bounced back to that level of form. By process of elimination then, you are left with Elliott runner. A horse who has become synonymous with Cheltenham, having won seven times at the venue. He’s not getting much younger, but given the calibre of opposition, I’m unsure what beats him barring a miracle from Easysland or Enda Bolger working his magic. 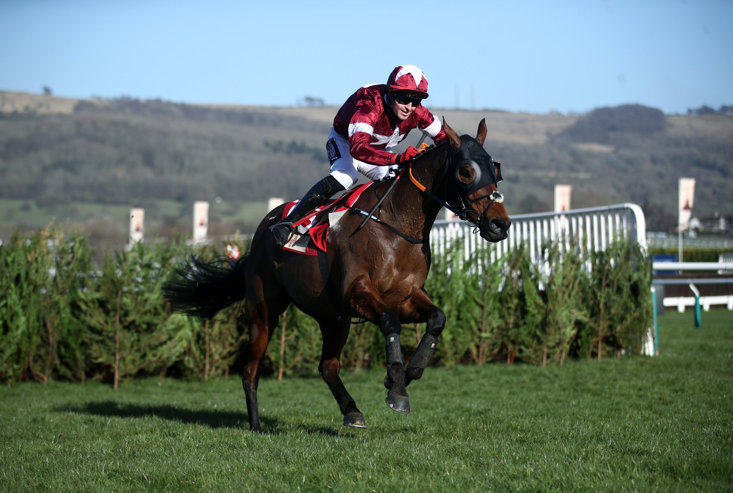 This was undoubtedly the best winner of last year’s festival. A superlative ride from the front from ‘jockey of the moment’ Rachael Blackmore, saw the then 7yo run out a 12l winner. The form of that race alone has worked out supremely well with the second, Fakir D’oudaries, winning the Grade 1 Ascot Chase and the third that day, Tornado Flyer, won the King George. Similarly, to the Cross Country Chase, this race is falling apart. Having looked at the betting market, you can safely say that many vying near Allaho in the betting won’t go.

Energumene is set for the Champion Chase, A Plus Tard will try and go one better in the Gold Cup, Tornado Flyer will try and be the first horse in 11 years to make it a King George-Gold Cup double and then you’re left with Asterion Forlonge and Conflated. The Gigginstown team are already at loggerheads with Gordon Elliott, with the latter wanting to send Conflated to the Gold Cup instead of coming here, following an all-time best performance when winning the Irish equivalent in February. Asterion Forlonge is an enigma in himself, and you’d think his chancy right-leaning jumping would put paid to any hopes he has of taking home the price. I would give a chance to Janidil if he turns up for the Cheltenham conquering JP McManus team, but even with his best form, it’s tough to see anything other than a Allaho romp.

Another day, another Willie Mullins favourite. This 4yo has shot onto the scene this season following the purchase from Philippe Decouz’s yard over in France. He came second on debut for the Mullins’ yard behind his market rival Pied Piper on debut before showing he all class in the Spring Juvenile Hurdle in Leopardstown beating the well-fancied Gordon Elliott runner, Fil Dor.

That horse had originally been heading the market for this showdown before the 3l defeat to Vauban. Since then, the Rich Ricci silked animal has been subject of further market support in recent days and is currently a 13/8 shot in what looks a very hot renewal of the Triumph Hurdle. Despite that defeat, I wouldn’t be writing off Fil Dor just yet. He finished the race like he’s going to relish the Cheltenham hill and I think they will be closer at the finish, perhaps even reversing the form. Pied Piper could not have been an easier winner at Prestbury Park last time out, and he’s been kept quiet with this being the dénouement for the Elliott 4yo. He was an eased down 9l winner that day and visually could not have been more impressive. He has already beaten the Mullins runner, so it’s therefore a bit of a surprise to see such a disparity in price.

The British hopefuls lurk slightly lower in the betting, with Knight Salute for the Milton Harris team, who has won five from five over hurdles and must be mentioned of having a squeak at a bigger price. Gary Moore knows how to train a Triumph Hurdle horse after Goshen was going to win by the length of the track in 2020 (Sorry I know we all still wince when Goshen and Triumph Hurdle are in the same sentence). His horse this year, Porticello, is improving all the time and any rain that falls on Cleeve Hill will only enhance his claims. Of course, we all know how good the combination of Mullins and Townend is at Cheltenham but given the calibre of opposition he’s going to face, I think he’s at least a couple of points too short in the betting and would be looking to take him on.