Cricket
News
The final evening of this dreary series epitomised everything wrong with this England set up
Shane MacDermott
11:48, 16 Jan 2022

Gutless England collapsed like a cheap tent as they slumped to an embarrassing 4-0 Ashes defeat down under. The only positive of an otherwise dreadful tour is that it’s now over and we don’t have to watch anymore of this train wreck.

Ashley Giles and the other ECB big wigs have lots of thinking to do in the wake of this tour. Things have got to change, it’s been an embarrassment for the establishment.

The inquests quickly began after surrendering the sacred urn inside 12 days. The dramatic final-day draw in Sydney staved off the whitewash, but the final evening epitomised everything wrong with this England set up. Spineless and blown away once again in Hobart.

Australia’s winning margin of 146 runs is a mute point. It’s the manner in which feeble England once again rolled over that frustrates the most.

Scribes in this country have probably done the Australians a disservice. They possess a world-class bowling attack and have some top quality batters. It was the support cast who starred with bat in hand, but the pace bowlers were phenomenal as they so usually are when you brave the Ashes cauldron. Australia’s armoury of quicks have simply been too good. But England’s inability to tough it out has been unfathomable in the biggest series of their careers.

Going down under is the biggest test for an England cricketer; that much is clear when you look at the stats — that famous 2010/11 tour aside the tourists have won just three Tests in the country since the 1986/7 series.

England turned up for the third day knowing that shooting the Aussies out cheaply would give them a glimpse of an unlikely victory to finish the tour with some pride.

The bowlers bailed the failing batters out once again to set up a tricky, but gettable run chase. Mark Wood finished with career-best figures of 6/37, duly backed up by three Stuart Broad wickets to leave England with 271 runs to win. It was the least the England speedster deserved after the hard yards he put in during the torrid tour, constantly let down by the batters.

Cricket on BT Sport
@btsportcricket
🏴󠁧󠁢󠁥󠁮󠁧󠁿: 1⃣2⃣4⃣ all out.
England lose all ten wickets for 56 runs, and lost the final Test by 146 runs.
Australia win the #Ashes 4-0. 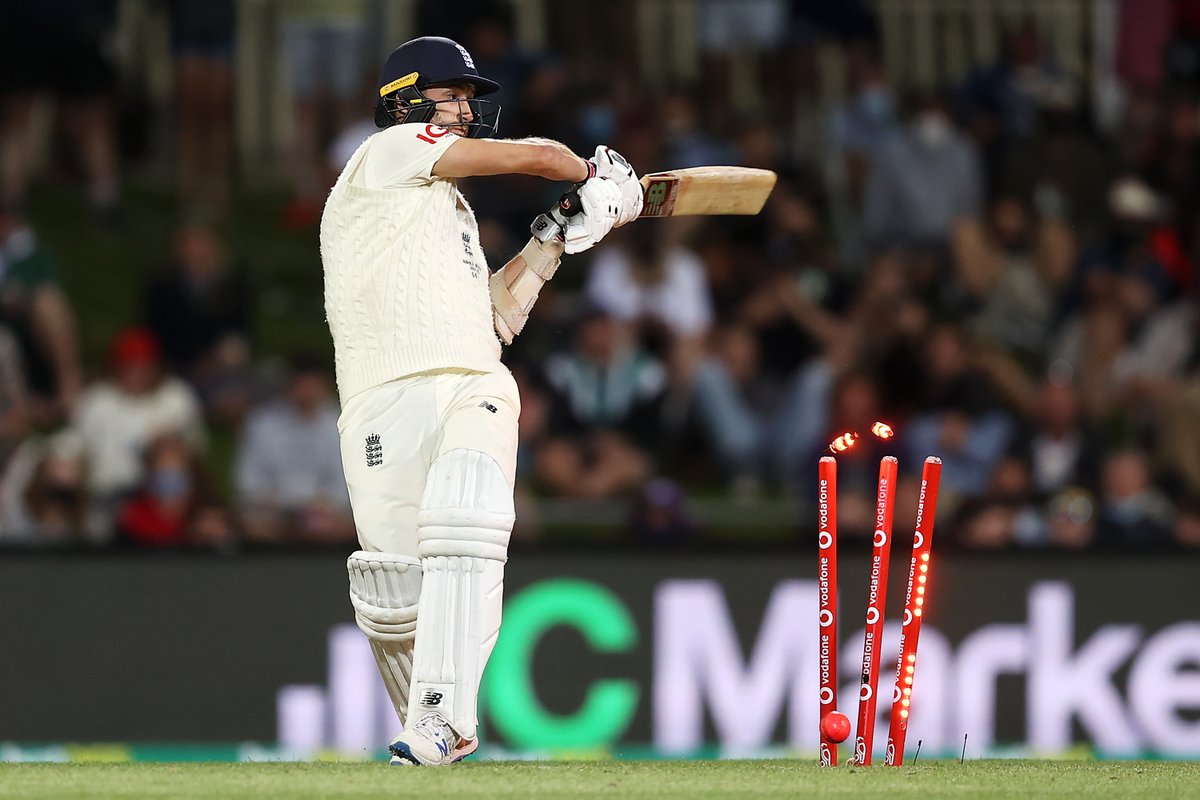 Justin Langer’s hosts were tottering at 63/6 but wicket-keeper Alex Carey’s 49 clawed them to 155. The odds were stacked against England, bearing in mind they had failed to pass 300 at all this series, but there was a glimmer of hope and a consolation win.

The tourists made a bright start before the wheels well and truly came off. Openers Rory Burns and Zak Crawley put on 68 for the first wicket and things were strangely looking quite good at 82/1.

But they inexplicably lost nine wickets for 42 runs in one of their worst sessions in recent memory as they crumbled for the umpteenth time this series. It’s happened all tour and is no surprise, but the ease at which they gave their wickets away was appalling.

Captain Joe Root was unlucky as he fell to an unplayable Scott Boland delivery which rolled into his off stump. But some of the dismissals from the middle order were horrendous. They ought to be ashamed of themselves.

The fact there is no shock factor shows just how much pain and suffering England fans have endured over the past six weeks.

Chris Silverwood’s side didn’t deserve a token win for how badly they played on this tour. The 2021/22 Ashes tourists were nowhere near competitive enough to have the only away victory down under in a decade against their tarnished name.

So it was fitting, perhaps, that they were blown away on the final evening as Australia sewed up an emphatic 4-0 series win in fine style.

England only avoided a whitewash thanks to rain as they held out in the final over of the fourth Test. Let’s not forget that.

Hopefully systematic changes are made in the aftermath of this Ashes disgrace. They have four years to build a side capable of competing down under. The clock is ticking.