England have risen like a phoenix from The Ashes and are out for redemption in the Women’s World Cup final.

Heather Knight’s side were ground into the Australian dirt, losing 12-4 in the multi-format series without winning a game, just weeks before their title defence begun in New Zealand.

They suffered a hangover from that trouncing and started the tournament with three straight defeats to seemingly leave their hopes of lifting a second successive trophy in tatters.

But they have bounced back in fine style with five wins on the spin to reach an impressive eighth World Cup final.

And are Knight’s charges peaking at just the right time to stun the overwhelming pre-tournament favourites? Australia are by far and away the best team in the world and have sailed through to the showpiece in Christchurch with an incredible perfect record.

But stranger things have happened and how sweet would success be in England could get the bragging rights in this colossal clash — their first World Cup final meeting with Australia since 1988, who have 11 wins on the sport’s grandest stage between them.

It has to be said that England’s players have done extremely well to get this far after an excruciatingly long three-month tour. When you consider the quarantine period in Australia and having to “safe-live” through Christmas just to ensure they avoided catching Covid, it has been a phenomenal effort.

But they aren’t done yet. Knight is desperate to make history by becoming the only side other than the Aussies to successfully defend the Women’s World Cup.

Knight admitted: “We go in as underdogs for sure. But it’s a fresh slate and we are equal with them on the morning of the game.

“What a story that’s been written for us if we can do it.”

England will know just how important it is to strike early with the Aussie powerhouses at the top of the order. Rachael Haynes (429) and captain Meg Lanning (384) have averaged over 60 in the tournament.

But in Sophie Ecclestone, England have the tournament’s leading wicket-taker. The left-arm tweaker has been a revelation since making her debut in 2016 and has a staggering 20 wickets to her name for the tournament — the most for an English woman at a World Cup. 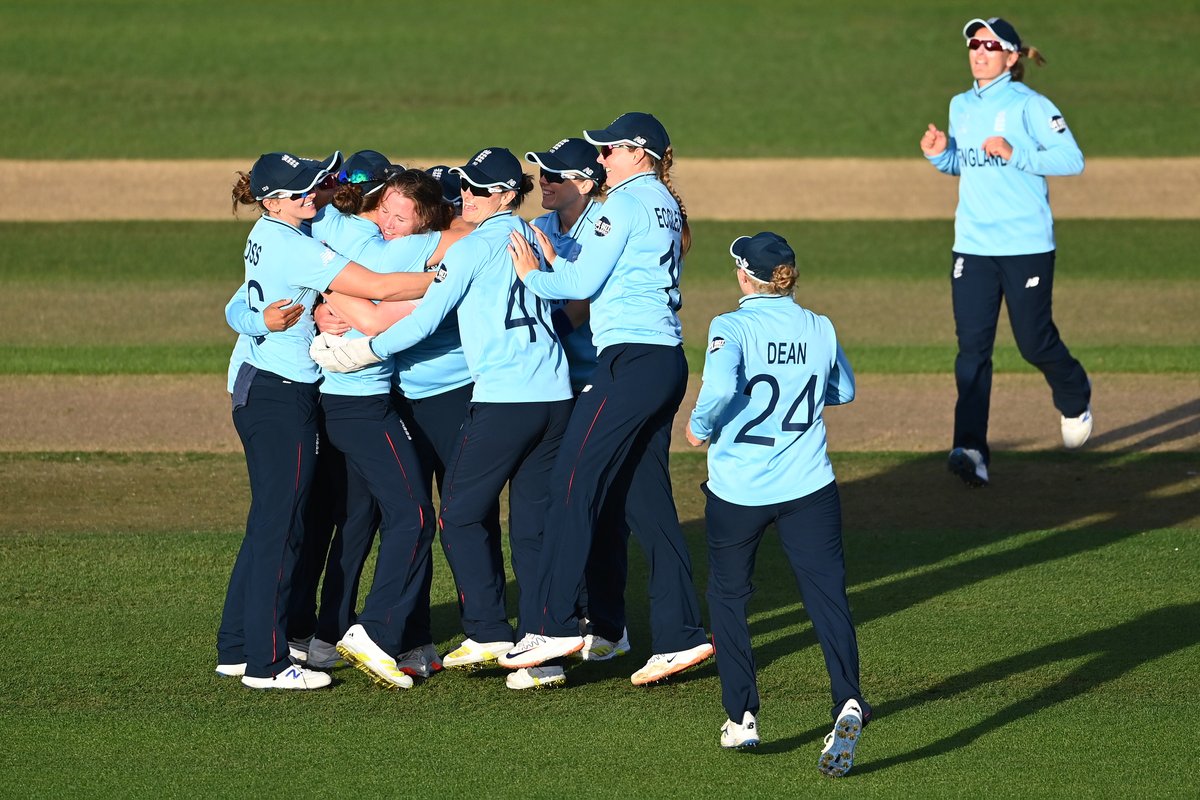 And the 22-year-old has her eyes firmly on the prize when the two most successful sides ever to grace the women’s game lock horns for a fitting finale.

Ecclestone, who would become the most successful women’s bowler at a World Cup with four wickets in the final, said: “Beating the Aussies in the final, I can’t really put into words after the Ashes we had how much that would mean. I really believe in this group and on our day we can definitely beat them, we’ve got a great chance.

“It’s absolutely massive for me personally. I haven’t won a major trophy yet for England and I’d really love to do that sooner rather than later.

“When we lost three from three there were a few tears in the changing room after the game. Everyone was very disappointed with how we’d gone.

“The turning points was when we had a few meetings and said we had nothing to lose now and go out with no fear.

England’s ageing stars will be desperate to put in another performance to topple their oldest foes and get the last laugh after being demolished Down Under.

But are the battle scars too much for Knight’s side to handle in the pressure cooker that is a World Cup final? Only time will tell…

The final, which takes places at Hagley Oval at 2AM on Sunday, will be broadcast free-to-air by Sky Sports, with the match being shown live on Pick TV, Sky Showcase and their YouTube channel.