Another big Saturday of racing action lies in wait with the final Cheltenham meeting before the Festival, known as Trials’ Day featuring on our screens while plenty with aspirations of big race success this spring will also be in action at Doncaster, so I thought I would take an early look at the cards.

Lots of horses are doubly entered over the weekend so approach with caution if having an ante-post bet.

The Triumph Hurdle trial at 12.45 has seen Defi Du Seuil and Peace And Co do the double in the last seven years while Grumeti, Rolling Star and Apples Shakira were sent off favourite for the Juvenile Championship after victory here. Paul Nicholls won the race way back in 2002 and his Iceo could shake up the market should he be impressive here after his Kempton romp over Christmas. Interne De Sivola looks to follow up his course win in December while Pied Pier will be interesting if making the trip over from Gordon Elliott. Outside of this trio, I can’t see anything making much of a ripple in the market for Friday’s festival opener.

The novice handicap chase has lost its festival slot but two of the last three winners went on to victory in Festival week so it is worth a second look. Coconut Splash has been frustrating over fences but is of interest in his first handicap for the team that won this race in 2016. He is doubly entered though while Oscar Elite ran ok in the Dipper and could be off a nice mark on his fourth chase start. Linelee King has a nice low weight on just his third chase start but is 9lb worse off for five lengths with Beakstown on Ayr form.

The all-aged handicap chase that follows is a trial for the Festival Plate. Simply The Betts tops the weights (also entered in Cotswold Chase) and looks set to renew rivalry with Magic Saint and Coole Cody (entered in everything bar the boat race). Venetia Williams has a good record in the race and has two entries in Farinet and Realm Keeper while Whatmore makes his return from fourteen months off. He goes well after a break and returns 2lb lower than when second in the Rehearsal Chase in November 2020. 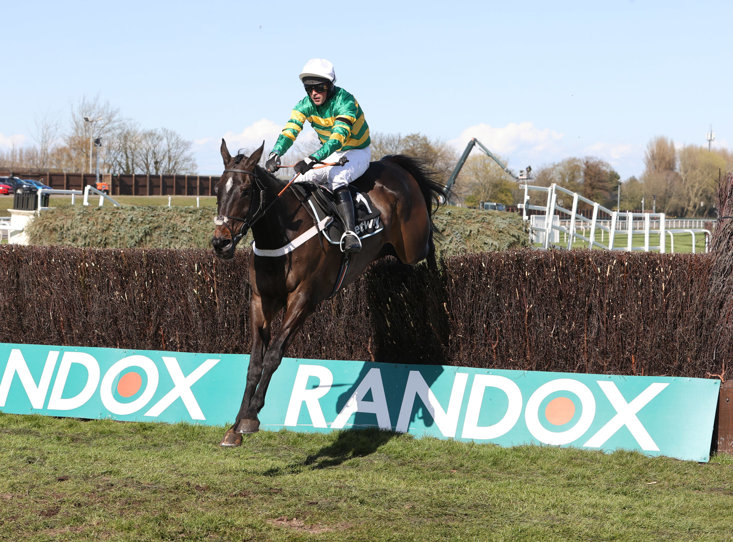 Half of the Cotswold Chase field have an entry in the Cheltenham Gold Cup but realistically only two would have any claims (and they maybe small) should they line-up in the Blue Riband. Chantry House was backed into favouritism in the King George but never went a yard, pulling up shortly after halfway. That was not his true running but taking 5/4 about him just five weeks later isn’t my sort of bet. He has the class to win easily and was impressive when wining the Marsh in March. That task was made easier when Envoi Allen departed, and I’d take a chance here on the proven stamina of Ahoy Senor. Chantry House has only beat three finishers in his two rules wins over three miles and Ahoy Senor never looked happy at Kempton on Boxing Day. He was easily outgunned there by Bravemansgame but kept to his task willingly and his Newbury win, where he galloped some nice novices silly, still lives in the memory.

Aye Right’s (also entered at Doncaster)Rehearsal Chase win looks strong form but he has never won at graded level while Simply The Betts(entered earlier on card) would be a doubtful stayer over this trip. At the prices, I would suggest a play on Ahoy Senor. The Towton at Wetherby next month was mentioned as a possible next target, but with this field not the strongest, it would give Ahoy Senor valuable course experience and I assume connections will take the plunge.

Paisley Park bids for a third Cleeve Hurdle at 3:05 but he will be doing well to beat Champ. Nicky Henderson’s 10yo has only had sixteen starts and has had many jumping frailties over the larger obstacles. It was an astounding performance to win at Ascot on his first start since pulling up in the Gold Cup and the staying hurdle division is where he should lay claim now. 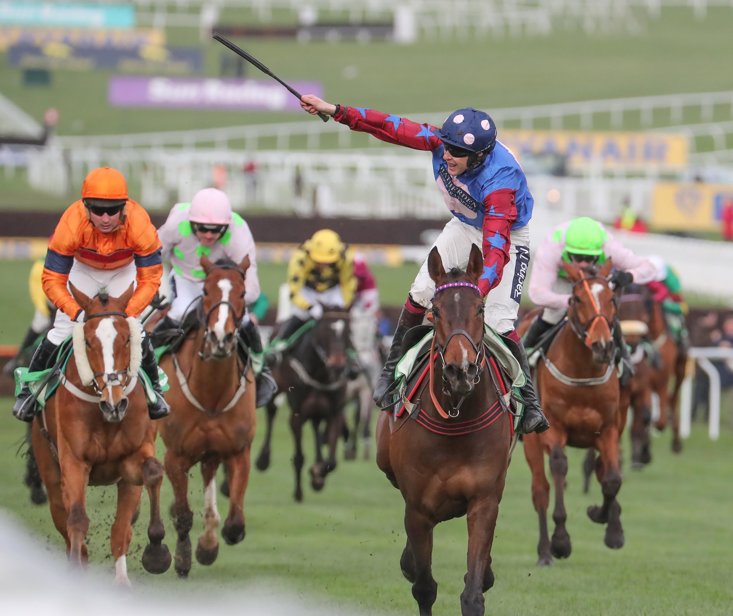 He was very keen but showed reserves of stamina to win cosily and it is hard to see him not winning here. He could form the cornerstone of some multiples this weekend. McFabulous gets 3lb off the pair, but three miles looked like it stretched him at Newbury in November and his second here in the Relkeel wouldn’t be good enough form.

Meanwhile, up at Doncaster, Third Time Lucki will look to get his Arkle challenge back on track in the Lightning Novices Chase, albeit against a small field. After impressing on chasing debut at Cheltenham, he was again head strong when following up in November and softer ground did for him at Sandown in last month when brushed aside by Edwardstone. For Pleasure will ensure there is no hanging around and the good ground around Town Moor will be right up his street. He won’t be much price, but he should make it three from four over fences and book his ticket to the Festival.

Miranda should retain her crown in the Yorkshire Rose if on her best behaviour. She gave away many lengths at Ludlow last time out but still managed to just get up. The runner-up has won since and her second to Molly Olly’s Wishes at Wetherby in November was also advertised at the weekend. Again, she won’t be much price but should be hard to beat.

The River Don is a trial for the Albert Bartlett and Ben Pauling has won three of the last six renewals (from only four horses). He looks set to rely on Not At Present who has won his last three over hurdles. Those were in handicap company and while he has got a little to find, he has bags of stamina as shown when winning over 3m 2f at Fontwell last time from subsequent winner, Khan. He looked beat that day but stayed on strongly and this is a race that can throw up surprises. Stamina is certainly a pre-requisite in this contest. 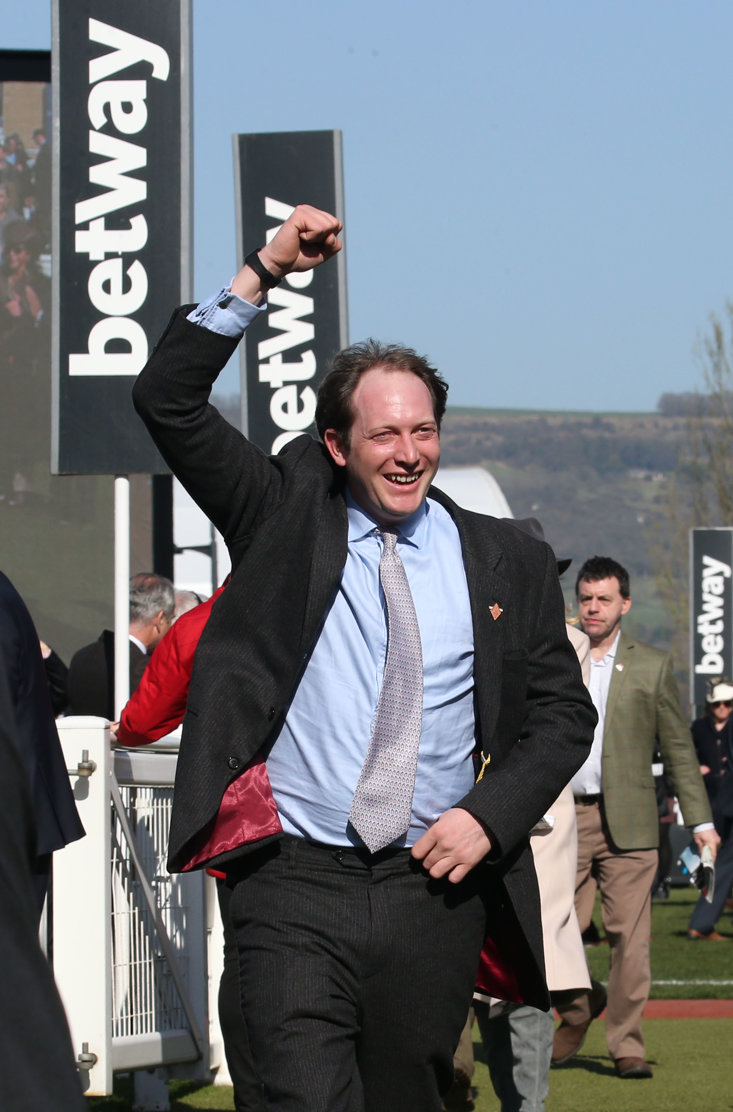 Probable market leaders, Hillcrest, Green Book and Unanswered Prayers have all got alternative engagements at Cheltenham.

The Skybet Chase is a top-class handicap and Annsam could prove popular off just 10-7 if Aye Right stays in. He has gone up 6lb for winning at Ascot but the second home Phoenix Way won nicely on Saturday so the rise may not stop him going close on just his sixth chase start. This race has been on the agenda for Midnight Shadow since missing the King George over Christmas. He has run three tremendous races already this season and a mark of 155 may still be with in his capabilities if connections think he could be borderline Grade 1 class.

Christian Williams has done well to get Cap Du Nord down to a mark 10lb lower than when third in this race last year, but he hasn’t shown any sparkle at all this season. It has to be taken on trust he can find his old form but a market move would inspire some confidence.