The first two days have already produced the excitement and drama we have come to expect of the Cheltenham Festival, and we are only at the halfway stage as we switch courses onto the more stamina sapping New Course, although the ground seems to be quickening up all the time and Sunday’s downpours are a distant memory.

We have already had one unbeaten superstar maintain their perfect record this week and Thursday’s opener provides another in the exciting, excellent ENVOI ALLEN. He has already won the last two festivals, taking the bumper and the Ballymore Novices Hurdle and now he tackles fences looking for the festival hat-trick, and it is hard to see him being beat. He is an imperious horse whose jumping has been slick and effective and has hardly been challenged to date. He looks every inch a superstar, should remain unbeaten and I expect he may be back seeking a fourth victory next year, this time in the Gold Cup. 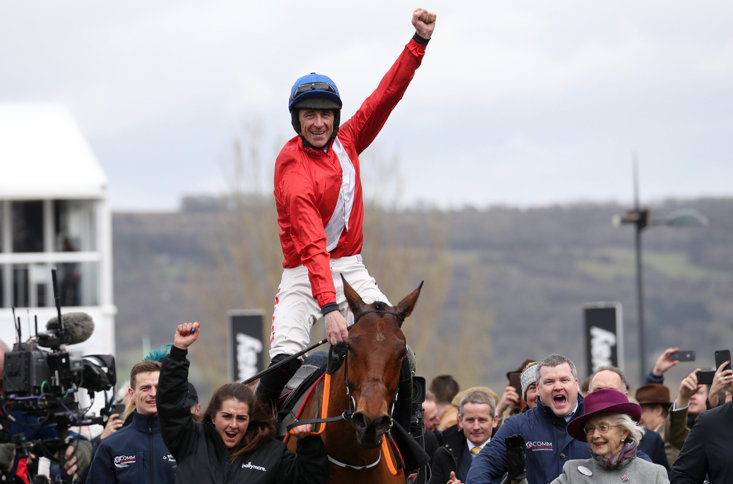 The Pertemps Final is always a competitive contest and Betfred are offering six places for each way bets so will take two in this. First up is BRINKLEY for David Pipe. He has won three of his last four and was very convincing at Exeter a month ago. His wins have come with dig in the ground but if he handles these quicker conditions, I do not think he has stopped improving and can emulate Fingal Bay who won the Exeter qualifier en route to victory in this in 2014.

I will also be backing COME ON TEDDY. He won over the track and trip in December and had an 8lb pull at the weights with Imperial Alcazar for their meeting in a qualifier for this race at Warwick in January. Come On Teddy was favourite for that contest and think he will be hard to keep out of the first six.

Onto the Ryanair Chase, which Willie Mullins has won three times in the last five years and he saddles four in it this year. I do like one of his, but not any of the ones you would expect. He has market leaders Allaho, Min and Melon, but it is TORNADO FLYER I like best. He finished a length behind Min at Fairyhouse in December, and his two runs subsequently have been over two miles and then three miles, both at the top level. This intermediate trip may be his best and looks massively overpriced to hit the frame. 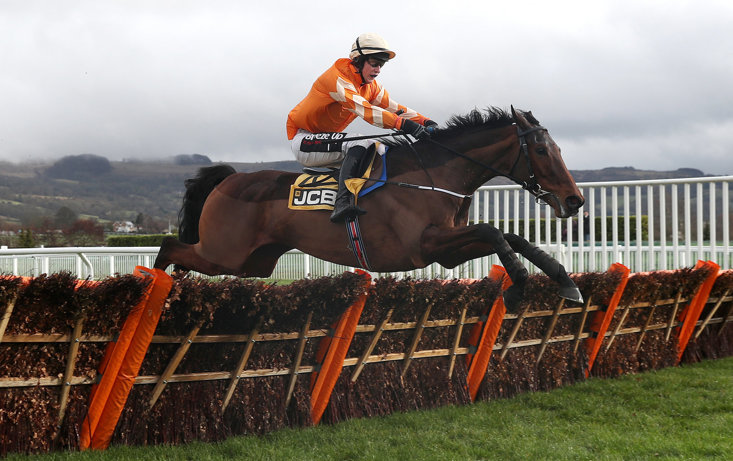 A safer conveyance though maybe FAKIR D’OUDAIRIES for Joseph O’Brien. Although his form figures suggest he likes being the bridesmaid, his last victory was over this 2m 4f trip and since heading to Ireland has only been out of the first two once in eleven completed races. He was second in last year’s Arkle to Put The Kettle On so has good festival form and looks well worth an interest to take the Ryanair back to Ireland, but not to the Closutton base of Willie Mullins for once.

The Stayers’ Hurdle is the day’s feature with favourite Paisley Park looking to regain his title after finishing seventh twelve months ago. A health reason surfaced for that below par performance, and he has bounced back to form this year, winning at Ascot just before Christmas and his main rival in terms of the market, Thyme Hill, was ruled out last week through injury.

Hear the thoughts of Paisley Park’s trainer Emma Lavelle ahead of his tilt at the Stayers’ Hurdle below:

At the prices though, I am happy to take him on. I fully respect the chances of both Fury Road and Beacon Edge and think they will be involved at the business end, but I will side with VINNDICATION for Kim Bailey. He is unbeaten in three hurdles that were all novices, and this admittedly is a different kettle of fish. But his chasing form is bordering on Grade 1 level despite the odd jumping blemish, and a return to the smaller obstacles may just see him land the biggest prize of his career for a stable having a stellar year.

The Plate at 3.40 is another punter’s puzzle that tempts us in and again Betfred are offering extra places with the first five home getting paid for each way bets, so again I am sharpening two darts.

The Shunter will be popular in search of a £100k bonus after winning a race two weekends ago and has a very good claiming jockey aboard to ease his weight burden, while the Joseph O’Brien trained duo of A Wave Of The Sea and Fils D’Oudairies, who finished second to Envoi Allen two starts back, will also have their followers.

I do like a couple at decent prices here though. Firstly, OLDGRANGEWOOD for the Skelton’s. He returns here 1lb lower than when finishing fourth in this contest twelve months ago and has held his form reasonably since. He was still travelling well when coming to grief in a decent contest at Warwick last time out and the first pair home chased home Grand National favourite Cloth Cap at Kelso subsequently. At around 20/1, he must be backed each way with the better ground in his favour. 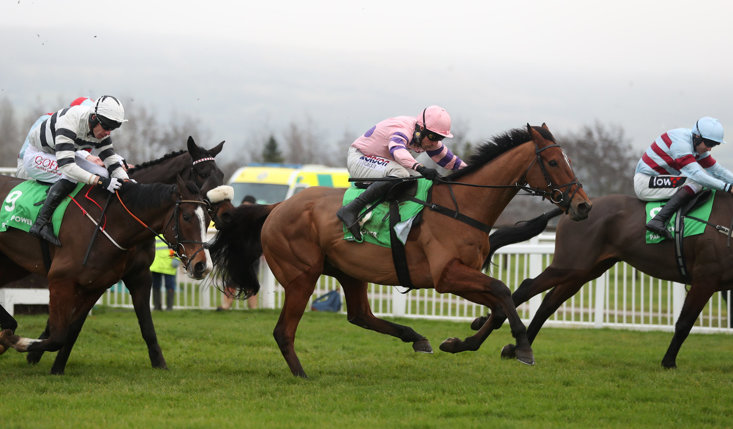 Also, CHAMPAGNE COURT is a well handicapped horse who will also appreciate hearing his hooves off the ground for the first time in a while. He was not disgraced when eighth here last year in the now defunct Novices Handicap Chase (Galvin was second and he won on Tuesday) and the year before he finished fourth in the Martin Pipe. He is 4lb below his last winning mark and at around 33/1, I think he will outrun his price, especially if Nick Scholfield tries forcing tactics like they did at Warwick last time.

The Mares Novice Hurdle has been dominated by Willie Mullins, winning all five renewals since it was introduced in 2016.

He saddles three in it this year and the betting suggests they have an equal chance, but I am nailing my colours to the mast of GLENS OF ANTRIM. Royal Kahala, Roseys Hollow, Hook Up and Gaulosie all have interlinking form lines having met this season, so I am staying outside of those with the lightly raced 6yo in the colours of JP McManus.

Glens of Antrim was a well-beaten fourth to Blue Lord (would have been second in Tuesday’s Supreme but for falling at the last), before finishing runner-up to two nice types subsequently. Those runs were on soft and heavy ground and as a full sister to the useful Minella Melody (well beaten seventh on Tuesday) and a half sister to a good ground winner, I think she may even improve for conditions and is more lightly raced than those ahead of her in the market.

The final race of day three is the Fulke Walwyn & Kim Muir Handicap Chase that is usually reserved for amateur riders, but with those sadly missing out, the professionals take over. Ante Post favourite Time To Get Up runs at Uttoxeter on Saturday, so the race has a new look to it.

New favourite is HOLD THE NOTE and he has caught my eye this season and I am sure there is a big prize in him on decent ground. He remains a maiden over fences but has run some good races, including third behind Tuesday runner-up Happygolucky and third in last year’s Novice Handicap Chase (just behind Galvin). He is 5lb lower twelve months on and has a huge chance here for former footballer turned trainer Mick Channon.

With five places on offer for each way bets, I will also have a saver on Irish raider MOUNT IDA. She was second to the exciting Colreevy at Thurles seven weeks ago and this winning point-to-pointer has her first go over three miles under rules. She looks sure to improve for it and for the better ground and represents a team in form.