The Cheltenham Festival is the beating heart of the racing calendar, a four-day event playing host to the most extraordinary jump action in the world. But what is it like to witness the event for the first time? Russell Palmer shares his love and memories of the event, from the extraordinary winners and losers, to the the world famous 'Cheltenham roar'...

My first time came 20 years ago. I'd probably been racing only a handful of times prior to that trip, I knew very little about the sport, the horses or the personalities surrounding the game. There I was, just a Festival newbie taking it all in for the first time.

Memories are still vivid. Back then it was a three-day event running Tuesday to Thursday, we'd pitch up on Monday night in a B&B at the idyllic village of Stow-on-the-Wold where seemingly everyone staying was there for the Festival. We'd drive over to the course, park up at the Kings Arms pub in Prestbury for a pre-race pint before walking the mile or so up the hill to the racecourse.

We'd arrive well in advance of the first race and pitch ourselves in the main stand adjacent to the finishing line. It would be so crowded that by an hour before racing you couldn't move for racegoers.

Often freezing, we'd hold that position for the entire afternoon, one of us would go down and place our bets which in those days was very much a jungle of a betting ring. No queuing or pleasantries as people waved their cash to get their bet on. Bookies ignoring my tenner for the broad Irishman waving £1000 to get on the nose of the favourite.

The atmosphere at Cheltenham is electric and by the time the legendary 'Cheltenham roar' was let out as the tapes went up in the Supreme Novices' Hurdle I was hooked. With no drinking allowed outside of the bars, the crowd would usually soften slightly as the afternoon progressed. We'd sneak in a hip flask of Scotch to warm the cockles.

My first winner of what was a very successful week of punting was in the Champion Hurdle. Hors La Loi III was the 10/1 winner, but I couldn't tell you why I backed it. An absolute rogue of a horse who had won the Supreme in 1999 and finished runner-up in the Champion in 2000, perhaps that's what put me on to it.

All eyes were on Istabraq, but the favourite bidding to win the race for the fourth time was pulled up as they headed past the stands and out into the country. The ovation from the knowledgeable Cheltenham crowd warmed the heart and stirred the soul - an acknowledgement that the Hurdler of a lifetime had maybe run his last race. The heir apparent Valiramix would break down three out, the injury resulting in the horse being put down. A stark reminder that this thrilling sport comes with inherent risks attached.

Hors La Loi III would win by three lengths. This, as it turned out, would be as good as it got for the horse with the quirky nature, who refused to jump off in the same race 12 months later. Thinking back, that 10 minutes or so encapsulated the highs and lows of racing for me right there and then and I was hooked. 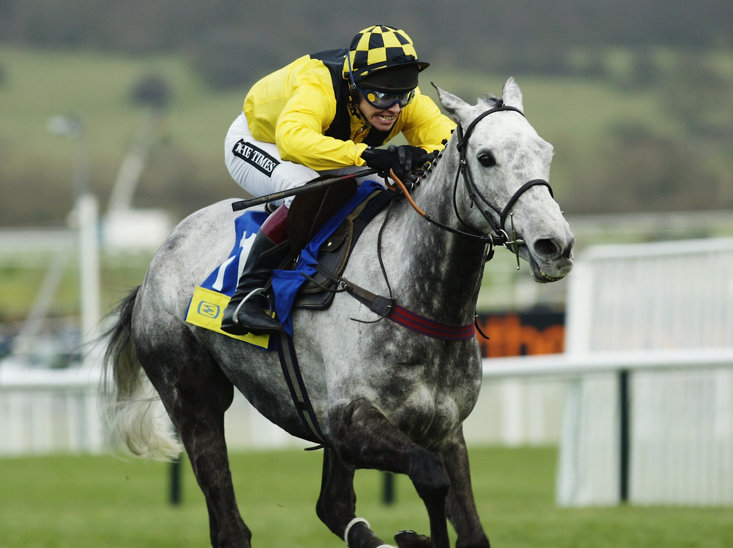 As the day went on the stands would become less crowded as the patrons headed into the course bars, rammed to the hilt and playing loud Irish folk songs.

The week would become somewhat of a war of attrition for lightweight drinkers like me, each night there would be a lock-in at the local pub where we would drink, play cards and tell stories of winners and losers from the day. By Friday morning I would be exhausted but already dreaming of returning in 12 months' time.

I would return to the Festival for three years running before work got in the way. I was lucky, the 2001 renewal had been abandoned due to the Foot and Mouth outbreak, but from 2002-04, I was privileged to witness Best Mate's hat-trick of wins in the Cheltenham Gold Cup and other legendary winners like Moscow Flyer, Baracouda and Rooster Booster strutting their stuff.

Some would likely question that Rooster Booster was no more a 'legend' than I am a 'big drinker', but he held a special place in my heart. Perhaps it was because he was a grey, but the way he ran all over the field when landing the 2003 Champion Hurdle was probably my favourite memory of those days and to see him improve out of handicap company to win a Grade 1 at the Festival was a real joy.

When Rooster was ousted as champion by Hardy Eustace in 2004, I remember watching two enthusiastic Irish fellows screaming for the front runner all the way from the top of the hill to the finishing line - where he eventually won by a comfortable five lengths. "Did you back it?" I asked somewhat sarcastically, disappointed in Rooster's crown slipping only for them to reply earnestly "Did you not hear us?!?" The whole of Cheltenham had heard them!

I remember seeing the pair of them later on, happily quaffing from a champagne bottle. Hardy Eustace had been sent off a 33/1 outsider for the race, he'd win again in 2005.

I got a job in the betting industry in 2005, meaning it was hard to get away to the Festival in the resulting years. Cheltenham is the biggest week of the year in the betting industry and is different, set aside, from all the other big racing festivals. I've been lucky enough to attend because of my job in the subsequent years. I was there to see Long Run beating off Kauto Star and Denman in possibly the best ever Gold Cup, and more recently to see Altior win his first Champion Chase.

Cheltenham has grown. It became a four-day Festival in 2005 and whilst some would argue the quality of the meeting was affected as a result, punters still flock to this corner of Gloucestershire every March from all over the UK and Ireland. The £45m Princess Royal Stand, built in 2015, finished off what is a spectacular venue and, on the first day of the 2019 Festival, a record 67,934 attendance was recorded.

It's the home of National Hunt racing, a natural amphitheatre with the beautiful back setting of Cleeve Hill. There’s no other racecourse that gives you that tingle of anticipation if your horse is swinging on the bridle as they come down the hill for a final time, and turn for home.