Horse Racing
News
We've got the lowdown on the trainers to watch at this year's Festival
Will Dowie
08:00, 10 Mar 2022

An obvious one to start. The man has become synonymous with Cheltenham and comes over from Ireland this year with as strong a team as ever, as he looks to add to his all-time leading 78 festivals wins. There is still an air of mystery as to where he will run some of his leading novices with Sir Gerhard and Dusart Dynamo are still entered in the Supreme and Ballymore and Galopin Des Champs holding entries in the Brown Advisory and the Turners’. Although, it is thought that Willie is leaning towards the latter for Galopin, which would set up a mouth-watering contest with Bob Olinger and British hopeful L’Homme Presse. Regardless of where his novices end up, they’ll go in with a huge chance and will be backed off the boards by the Irish faithful.

As with any other year, Closutton trainer once again has an embarrassment of riches at his disposal. Energumene and Chacun Pour Soi will prove tough opposition from Shishkin in the Champion Chase as he chases his first ever win in the contest, and Al Boum Photo still has a role to play in the Gold Cup as he looks to regain the crown he lost last year.  He also seems to hold the cards in the new added mares’ races, with many of his vying for favouritism including Dinoblue, Brandy Love and Elimay just to name a few. Unlike some trainers in this list, Willie is also in superb form coming into the festival. At the current time of writing, he’s operating at a 41% strike rate and that’s without having to utilise his best talent which is undoubtedly being held back for Prestbury Park next week. An eye-wateringly good stat which will have the other trainers quaking in their boots and will have punters being especially wary if they are opposing the reigning Champion Trainer.

This is a year for redemption as Gordon Elliott returns to Cleeve Hill. He missed last year’s meeting having had his licence revoked for six months by the Irish Horseracing Regulatory Board following an image which circulated on social media showing him sitting on a dead horse. This is an image that will naturally haunt the Irish trainer for years to come, and he will be fighting to repair the damage inflicted from the scandal. Last year, although he was absent, some of his best horses were in fact transferred to Mrs Denise Foster for the four-day showdown. It ended up being a decent week for the team as well as they essentially had four winners with Tiger Roll, Black Tears and Mount Ida all winning in spectacular style as well as Galvin, who won the National Hunt Chase following the switch to Northern Irish trainer Ian Ferguson. Whatever you may think of the disgraced trainer, one thing you cannot deny is his ability. The 44-year-old has shown a serious aptitude for training, after seamlessly transitioning from jockeyship 15 years ago. Similarly, to last year, he has a plethora of talent at his disposal. 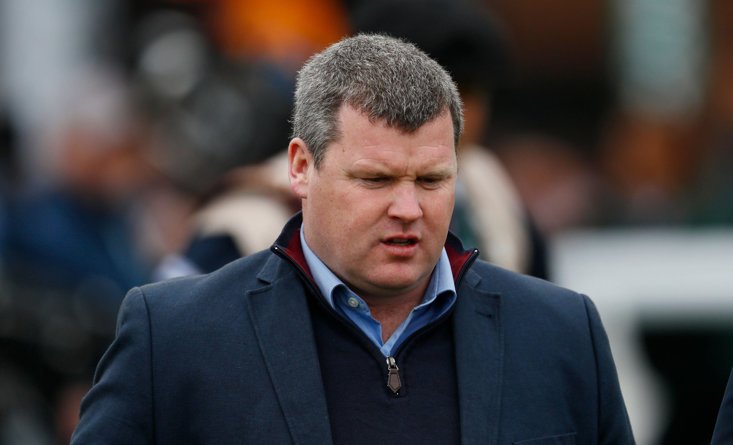 Galvin looks tailor-made to win a Gold Cup and hugely talented bumper horse American Mike, looks to add another win to his already impressive record in the race. The evergreen Tiger Roll will be his highlight of the week and will be looking to add to claim his sixth title at the festival. It would however be met with a slight sourness if he were to win. Having already been pulled from the Grand National by the O’Leary’s, following what they deemed to be ‘unfair’ weighting by the handicapper. A horse for the ages will be now denied the chance to emulate another of the game’s greats, Red Rum - a crying shame for everyone involved. His record in handicaps is also particularly impressive so keep an eye out for any plot jobs out there, especially if they get well supported. Death Duty looks particularly interesting as he races in the Ultima on the Tuesday. He is one of only a smattering of horses who have seen their Irish mark dropped by the British Handicapper and looks sure to go close for a yard, who are set for another superb festival.

One of the very best in the business returns to the Cheltenham Festival with a superb array of talent, especially with his novices. Weirdly for the six-time Champion Trainer, he had a real dearth of novice talent last year, but this year couldn’t be more different. He starts off the festival with two of his very best novices, Constitution Hill and Jonbon, going head-to-head in what looks to be one of the best Supreme Novices’ Hurdles we’ve had in recent memory. Naturally, like last year, his leading hope looks to be the remarkable Shishkin, who looks to fly the British flag high in the Champion Chase. Nicky gets called out for his unwillingness to run Shishkin, but what is indisputable is that he has campaigned him brilliantly, giving us punters one of the races of the decade, as Shishkin got up close home in the Grade 1 Clarence House Chase at Ascot in February. I’m sure by 15:35 on Wednesday, he’ll be peering through his binoculars to see the eight-year-old pass the line in first place meaning the Lambourn-based trainer will collect his seventh Champion Chase. 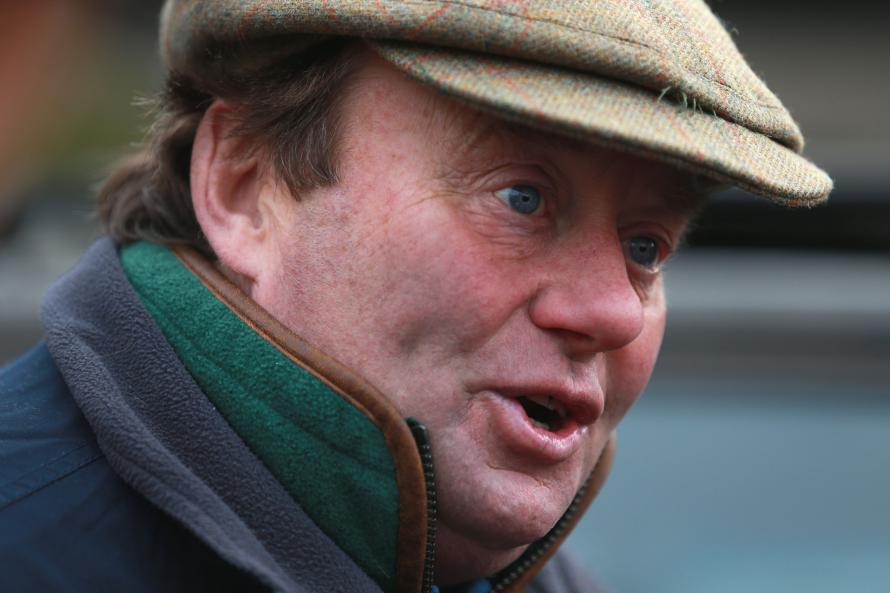 What is a slight concern for any Nicky Henderson followers however, is his strike rate at the moment. He’s operating at a 0% strike rate in the last 14 days from 18 runners, not exactly ideal ahead of the biggest week of the year. He has gone on record explicitly stating that he is keeping his best horses back for the greatest show on turf, so any question marks surrounding the stable form are nonsense. In the last 14 days, he’s only had one favourite which has failed to win, and the others have been sent off at big prices with little expected, so maybe this drop in form is being blown out of proportion. However, for me that is too alarming to simply ignore, and something is niggling away at me which suggests that Nicky might not be in for a great festival.

Henry will still be reeling after failing to win the Champion Trainer title by the barest of margins last year, losing on countback. It was a festival to remember for the Irish raider who burst onto the scene, winning six of the 28 races and becoming the first trainer to land the ‘Holy Trinity’ – winning the Champion Hurdle, Champion Chase, Gold Cup in one festival. A simply sensational achievement. Here’s back once again this year, looking to serve it up to Messrs Mullins and Henderson and go one better to claim the Champion Trainer title. Like Henderson, he has also been on a poor run of form, operating at a 6.67% strike rate over Christmas time which included defeats to Gold Cup hopefuls Minella Indo and A Plus Tard. Minella Indo’s run in the King George was too bad to be true and sent shockwaves around the media suggesting that there was a huge issue in the yard. It was promptly rebuffed by De Bromhead himself, stating that it was nothing more than just ‘bad luck’.

At The Races
@AtTheRaces
One for the Honeysuckle, Bob Olinger and A Plus Tard fans! @RacingTrends looks at Henry de Bromhead and whether he's hitting form in time for Cheltenham...
Listen to #OffTheFence on Spotify here:
0
5

Since then, there have been real signs of life in the camp, and they’ll be confident of stamping their authority on this year’s Cheltenham Festival. As mentioned, they’ve got Minella Indo who is looking to go back-to-back in the flagship event after winning so impressively last year. I’m not sure what it is about Henry’s yard, but the Knockeen-based trainer seems to produce some of the best mares in the game. The queen of horse racing, Honeysuckle, returns to the Champion Hurdle, still unbeaten in her 14 starts and looks to be their best chance of the week. Telmesomethinggirl holds favouritism in the Mares Hurdle as she looks to win 2-2 at the Cheltenham Festival, and don’t be surprised to see Magic Daze provide a real shock in the Arkle, with her price plummeting in recent days following support from Pricewise, as well as some other shrewd judges from around the circuits. Henry is one of the most amicable men in racing and fingers crossed that his team are primed to attack the Cheltenham hill once again.

Last year was a year to forget as he failed to record a Cheltenham Festival winner for the first time in 19 years. He’s one of three in here that has suffered a significant dip in form at some point of the season, but more worrying for the Ditcheat trainer, was his inability to find exactly the reason for the sudden drop off in form. The 59-year-old is a masterful trainer and will go down as one of the greats but for some reason in recent years, his horses haven’t been able to show their true running at Cheltenham. However, he’s coming into this in eye-catching form, operating at a 24% strike rate and the Ditcheat team look back to their best. He has a decent chance of taking away a few big prizes this year as well. Bravesmangame is arguably his best chance as he looks to win the Brown Advisory Novices’ Chase.

A race that looks to be flung wide open as Bob Olinger and Galopin Des Champs look set to clash in the Turners’ offering a momentous opportunity for take the Grade 1 trophy back to Somerset. He has looked all class this year with his jumping being a particular highlight. His ability to meet a fence short or long is at times breath-taking and it’s going to take a serious performance from Ahoy Senor or Capodanno to deny him the crown. Despite the worrying 0-18 record that Challow Hurdle winners have in the Ballymore, Stage Star couldn’t have looked more impressive and will give you a run for your money if he can continue to progress. The story of the week however could be seeing Frodon and Bryony Frost travel in perfect harmony to win the Ultima. An Irish Champion Chase winner already this season, could the Don come back to Cheltenham and enter the Winners Enclosure for the second time at the festival? He’s not without hope and the roar from the Cheltenham crowd on day one if he were to follow suit would be electric.