The Easter highlight in the world of horse racing is the Irish Grand National at Fairyhouse, which comes just five days before the Aintree version and sets us up nicely for the week ahead on Merseyside.

Thirty staying chasers will face the starter of three miles and five furlongs in an open and competitive contest as one would expect.

Latest Exhibition brings a touch of class to the contest and will have to shoulder top weight with the late defection of Tiger Roll. Paul Nolan’s novice has been banging his head against a Monkfish wall all season. He is a Grade 1 hurdles winner and ran a very close second in the Albert Bartlett last season. He promises to stay, handles good ground, has never been out of the first two under rules and has cheekpieces applied for the first time.

It will be a tough task under top weight though giving weight to all. He gives just 1lb to Court Maid, who won the Porterstown over track and trip in November before being beaten by just a length at Cheltenham when well fancied a fortnight after. Put away since, she will handle the ground but has shot up the handicap and was well behind Latest Exhibition earlier in the season. 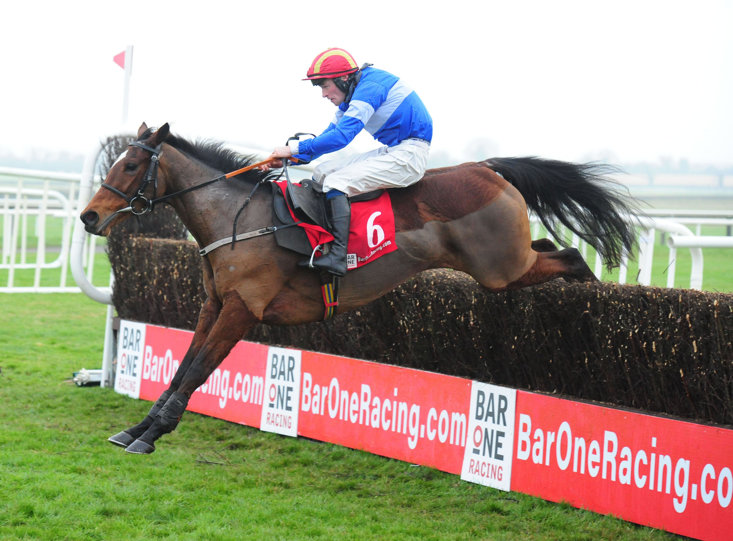 Escaria Ten is another novice who is guaranteed to stay having finished a good third in the National Hunt Chase at Cheltenham, but he looks quite high in the handicap as a result.

The Big Dog won the trial at Punchestown from subsequent Midlands Grand National fourth Screaming Colours despite some indifferent leads late on. He had plenty in hand though despite just a half length winning margin and is dangerous under the excellent Jamie Codd off a 9lb higher mark. The fact that Codd was willing to do his lightest weight for 17 years if he needed to do 10-6 is testament to this one’s chances.

Only one horse has carried more than eleven stone to victory since 2000 and that was Our Duke who was Gold Cup class, so will look towards the foot of the weights for a selection.

Brace Yourself was sent off favourite for the Porterstown and is an attractive each way proposition and Run Wild Fred was a good second in the Thyestes behind Coko Beach.

The last twelve runnings have gone to twelve different trainers and I think the 2021 version can go to a thirteenth in Joseph O’Brien courtesy of his SEMPO. There has been a big ante-post gamble on the seven-year-old and it is easy to see why. He is a lightly raced maiden chaser who has been running credibly over two and two and a half miles but showed he had staying potential when easily winning over two miles six furlongs at Thurles on decent ground last February.

He was not beaten far in that year's Albert Bartlett, some fourteen lengths behind Latest Exhibition and now gets 14lb off that rival. He was beaten by seven lengths, giving 7lb, to Scarlet And Dove last time at Navan and she goes for Grade 1 glory on Sunday, so that was a tough task.

He looks to have snuck in under the handicapper’s radar but has not been missed in the ante-post market and looks to have excellent credentials here.