Optimism. Hope. Belief. Please give us something England!

What a torrid winter it’s been for our national cricket sides. There’s been very little to smile about, very little.

Joe Root’s misfiring Test team spectacularly capitulated Down Under and were whitewashed 4-0 in the Ashes.

And now Heather Knight’s England women, usually reliable for some good results, find themselves trailing their multi-format series with the Aussies.

But surely England’s men’s T20 side are a safe bet for success?

Well, we are the No 1 ranked team in the world in the competition. However, England once again proved that stat don’t account for disasters. Another dreadful – and embarrassing batting display led – saw England crash to a dismal nine-wicket defeat to the West Indies in their opening five-match T20 series.

Captain Eoin Morgan saw his side dismantled for just 103 – and then the hosts stormed to victory in emphatic fashion. Windies skipper Jason Holder was the chief destroyer as he blew away England’s fragile batting line-up with fine figures of 4-7.

All-rounder Chris Jordan weighed in with a top score of 28, but England’s top-order failed badly and Morgan’s misfiring side were left reeling at 49-7 at one stage. It was a two-paced pitch for sure, but England gifted the Windies their wickets with the Ashes hangover having seemingly followed the national side all the way to the Caribbean.

England’s lower T20 score of 80 was in serious danger of being beaten, but Jordan’s runs helped his team limp over the 100 mark as they were bowled out before finishing their 20 overs.

Only three other players managed double figures for England, who could have not made a worst start to this series.

Everything that could go wrong did go wrong at the Kensington Oval in Bridgetown, Barbados.

This is the ground where England will play four more T20 matches with the Windies and already they are playing catch up after their disappointing start.

It’s hard to take any positives in all honesty.

England Cricket
@englandcricket
Defeat in our series opener.
But a chance to bounce back tomorrow.
Match Centre:
🏝 #WIvENG 🏴󠁧󠁢󠁥󠁮󠁧󠁿 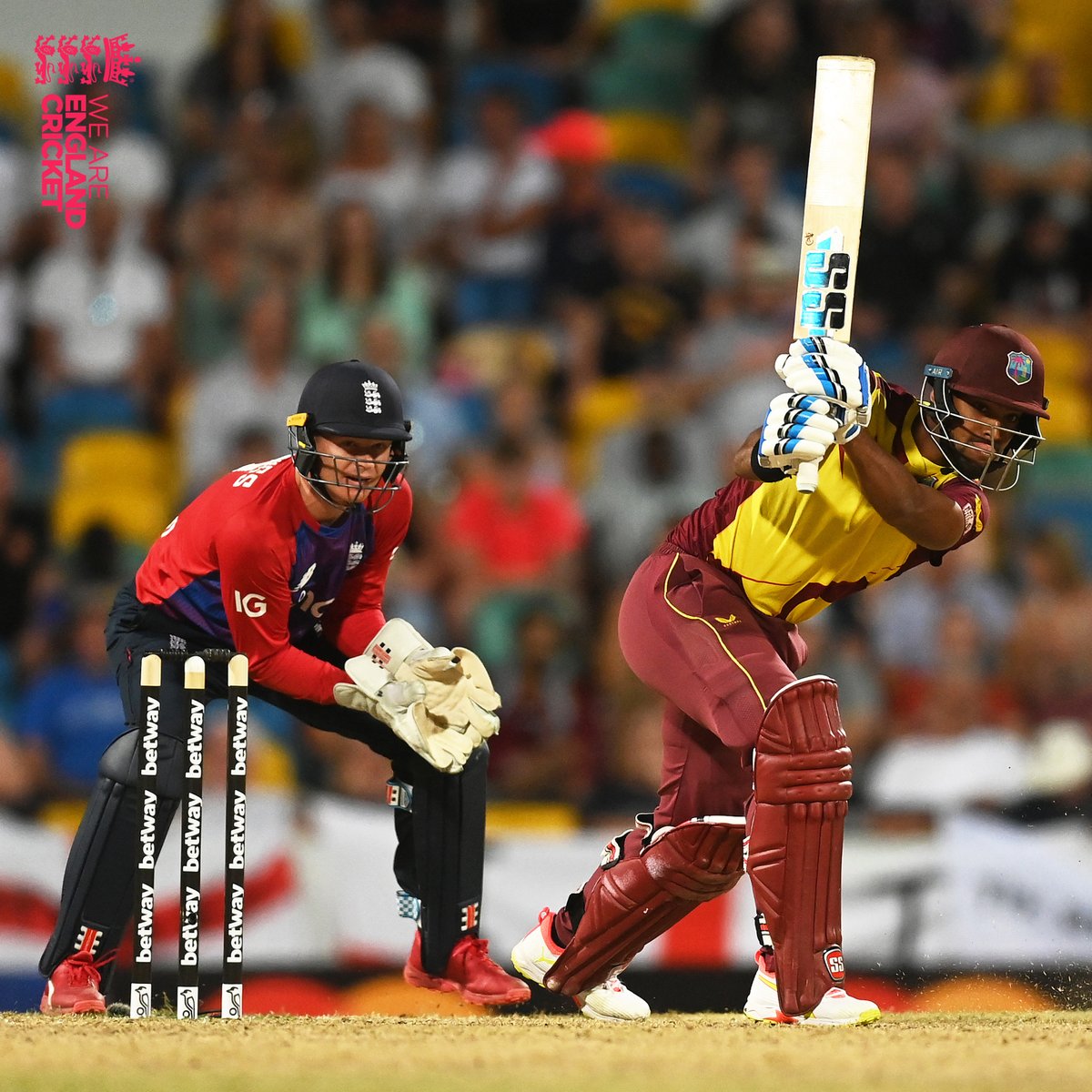 England selected an experienced side which included proven run-getters like Jason Roy, Tom Banton, Moeen Ali and Morgan himself.

But as we’re used to seeing far too often with England, another batting collapse left them little chance of winning this opener before it had barely got going.

Fellow opener and wicketkeeper Shai Hope chipped in with 20 and Nicholas Pooran an unbeaten 27 as the Windies controlled the match from start to finish.

It was a huge understatement when Morgan admitted in his post-match debrief that England “didn't seem to adapt well enough.

The Irishman added: “We'll have to come back tomorrow with a fresh game plan because conditions are likely to be similar.

“We’ll have to come back and execute our game plan better.

“In international cricket you get tested, you get exposed, but I want to stay as positive as possible.

“We found a challenge trying to get the mindset around risk and reward.”

Let’s hope England can find the right balance in their next match, otherwise it might the story of the Ashes all over again.