James ‘The Machine’ Wade has joined Phil Taylor as only the second man to win televised PDC titles across three decades, defeating Luke Humphries 11-5 in the UK Open final this weekend.

Wade completed a hat-trick of UK Open successes with the win but it has been a long time coming for his third crown, with his previous triumph having come a decade ago in 2011. But consistent performances throughout this year’s event saw him take home the silverware and the prize pot of £100,000.

He now joins ‘The Power’ on the three-decade mark, and the win also saw the 37-year-old bring up a 10th televised ranking title, 13 years on from his very first UK Open win.

"To win TV titles across three decades is something I'm very proud of," said Wade. "I'm enjoying it again, I think I've reinvented myself.”

Wade’s first TV success since November 2018 was secured with an incredibly professional display in the final against Humphries, who had knocked out reigning champion Michael van Gerwen in the semis with one of the best performances of his career. But Humphries was unable to repeat the feat in the final, as the former World Youth champion missed 20 doubles in the final. But Wade was complimentary of his opponent afterwards. 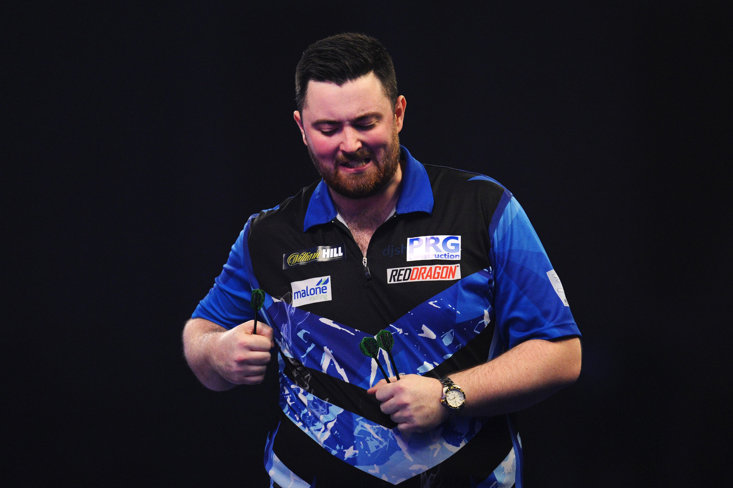 HUMPHRIES HAD BEATEN MICHAEL VAN GERWEN IN THE SEMI-FINALS

"Luke is quality, he's a gentleman and he showed his quality in the way he dismantled Michael in the semi-finals."

It was a display of great maturity from Wade, who averaged 102.52, and the £100,000 winner's prize moved him up to fourth in the PDC Order of Merit, overtaking Rob Cross as the highest-ranked Englishman.

"I'm very happy to be in the world of darts, it's a great place to be when you're winning. I'm here to provide stability for my son and winning these allows me to do that.”

Wade’s journey to the final showed him at his unflappable best as he came from behind to beat Simon Whitlock 10-8 in the quarter-finals before defeating world number one Gerwyn Price 11-6 in the semis.

Ryan Joyce gave him his closest match in round four as Wade came through a last-leg decider, before defeating Cross and Germany's Gabriel Clemens in rounds five and six. ‘The Machine’ will rightly take all the headlines, but Humphries is clearly on the path to future success, averaging 107.41 in his surprise win over Van Gerwen. The 26-year-old took home £40,000 for finishing second while he moved up to 33rd on the PDC Order of Merit.

"It's been an incredible weekend for me, an emotional weekend," the 26-year-old reflected. "To reach a TV final is the most unbelievable feeling. I think James is the best player in the world under pressure and he showed it in that game. I'm here to achieve big things in darts and this run puts me in good stead going forward.”