Horse Racing
News
Here's where the smart money is across the third and final day of Chester's May meeting
Gilbert Woolley
17:00, 06 May 2021

Wednesday and Thursday provided us with plenty of action at Chester and we’re expecting more of the same as we enter the third and final day of the May festival...

The opening race on the final day of Chester’s May meeting is a very competitive class 2 handicap, run over 7½f.

Richard Hughes’ Brentford Hope is one of the market leaders and has always been considered to be above average, however has disappointed on numerous occasions and has subsequently been gelded.

The draw is often key on the Roodee and Charlie Hills’ Dulas (drawn in two) should have every chance of building on a solid second at Haydock last time out.

One at a big price that could go well is the 2019 Horris Hill winner Kenzai Warrior, who Roger Teal considered good enough to run in the 2000 Guineas last season. Back down in trip will definitely help and the more rain that falls will only increase his chances.

The selection though is Roger Varian’s ASCENSION who was well fancied for the Lincoln back in March. The Highclere gelding will relish the soft going and has been placed in seven of his 11 racecourse starts.

The Group 2 Huxley stakes has been won by the likes of Maraahel, Noble Mission and most recently Forest Ranger but surprisingly only twice has Aidan O’Brien been triumphant.

However, this season the master of Ballydoyle relies on the classy ARMORY who was last seen finishing second in the Group 1 Cox Plate at Moonee Valley, a track that is very similar to Chester. Prior to the run in Australia, the bay colt had run well in a number of Group 1 contests including the Irish 2000 Guineas, the Tattersalls Gold Cup & the Irish Champion Stakes and therefore is hard to oppose.

The main danger is Sangarius who has always been highly thought of by Sir Michael Stoute and is still very lightly raced. The five-year-old got the better of Bangkok back in December but despite having had wind surgery, the son of Kingman has often flattered to deceive.

The feature race of Chester’s May meeting is the Chester Cup run over 2m2½f.

Mark Johnston won the Cup for the first time in his career in 2019 thanks to Making Miracles and this year has a strong team with five horses set to go to post, including Trumpet Man, Rochester House and HOCHFELD. 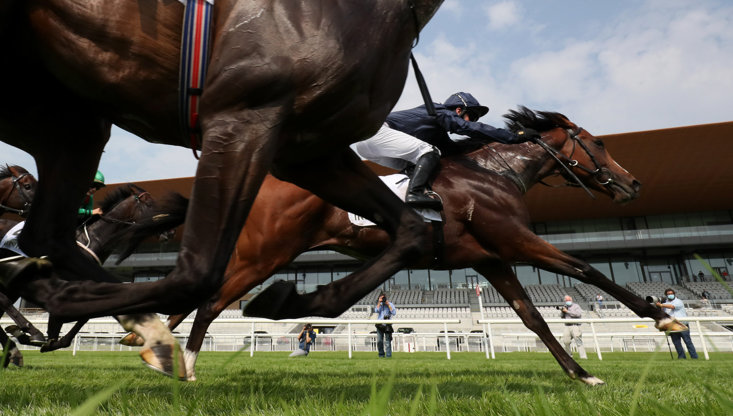 The latter, (drawn very well in two) looks to have every chance having had three runs already this season, including a good win at Nottingham last month. The seven-year-old seems to save his best for Chester too and his form figures read 1-1-2-2 and therefore is the selection to give Johnston back-to-back Chester Cups. ​​​​​​

A case can be made for a number of others including Not So Sleepy who won the Dee Stakes here back in 2015 and Dermot Weld’s Falcon Eight (the mount of Frankie Dettori) who brings solid Group form into the contest.

One other contender that must be mentioned is Rare Groove, who has taken his form to a new level since running over staying strips for Jedd O'Keeffe but has been drawn in 16.

The Boodles Conditions Stakes will be run over five furlongs and looks like a match race between El Astronaute and Kings Lynn.

The former, trained by John Quinn has never finished outside the top three at the Roudee and was placed in Prix de l'Abbaye back in 2019, whilst the latter is very lightly raced and will be running at the distance for only the second time in his career.

Karl Burke’s Ainsdale, named after the seaside village on Merseyside, finished second on his only visit to Chester and will relish the testing conditions.

However, the selection is BRIAN THE SNAIL, who is owned by Chester’s biggest fan Dr Marwan Koukash. The evergreen gelding has won 50% of his races over five furlongs and has every chance of winning at Chester for the first time after being the handed a plum draw in two.

The fifth race on the card is a wide open class 2 handicap where Fox Tal sets the standard.

The son of the Sea The Stars has recently been gelded and trainer Andrew Balding has always thought highly of him, hence why he has competed in a number of Group 1s.

The ‘King of Chester’ Franny Norton could go close aboard Lunar Jet who completed a hat-trick of wins last year before being pulled up when stepping up in trip.

Restorer for Ian Williams was a winner here when last seen and looks to be as good as ever despite his age, so must be considered.

However, the selection is a horse that has been placed in multiple Group 1s when trained by Andre Fabre. TRAIS FLUORS is an intriguing runner for Mick Channon who relies on the expertise of Tom Marquand and can make the frame at a big price.